Jerusalem at the center of Palestine-Israel naming dispute

Within the scope of its Judaization policy, Israel has changed the names of several cities and places, including the Arabic name it uses to refer to Jerusalem. 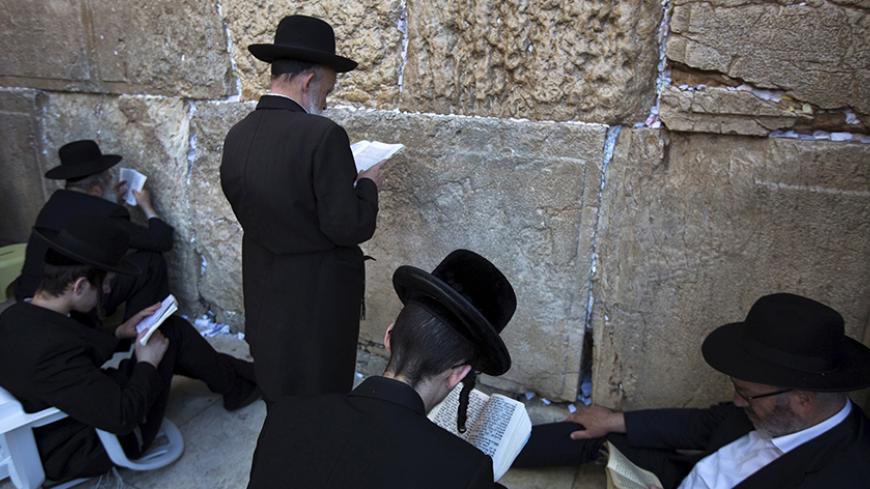 Shortly after Israel occupied the West Bank in 1967 it faced a problem in how to refer to Jerusalem in Arabic. Not wanting to use the Arabic name al-Quds, the Israelis came up with a compromise by inserting the biblical Jewish name Urashalim. Listeners to Israel’s radio broadcasts in Arabic, for instance, were informed before and after every news bulletin that the station was reporting from Urashalim al-Quds. Combining the Jewish and the Arabic term reflected what then was the prevalent Israeli attitude of treating the holy city as a crucible of religions. Israel’s mayor of Jerusalem at the time, Teddy Kollek, regularly referred to the mosaic of the city in reference to its diversity and pluralistic nature, residents and religions.

But over the years, Israelis lessened their pluralistic effort as they embarked on a strategic policy to make the city more Jewish. Arabic names were slowly changed to Hebrew ones. Nablus Road, one of East Jerusalem's major roads, became Derech Shechem, a reference to the Hebrew term for Nablus. This policy often causes confusion that is reflected, for instance, by the questions posed on the travel advisory website TripAdvisor.

The Hebrew-Arabic double naming of Jerusalem also has fallen victim to the continuous Judaizing effort in East Jerusalem. Ofir Gendelman, the official Arabic-language spokesman of Israeli Prime Minister Benjamin Netnayahu, dropped al-Quds when referring to the holy city in Arabic and used only the Hebrew term Urashalim in his public pronouncement April 18 on social media and on his official website, in reference to the explosion on an Israeli bus.

Terminology is not limited to streets and cities. Ever since the 1967 war, Israel has referred to the West Bank using the biblical term Judea and Samaria. The status of the Palestinian areas is also a major source of controversy. While the United Nations and the international community call these areas “occupied territories,” Israel refers to it in English as the “administered territories” or “disputed territories.” Some Israeli writers trying to be politically correct have simply dropped the adjective and generally refer to the areas beyond the Green Line with the Hebrew term "shtakhim" (“territories”).

But while the fight over streets, cities and the territories has raged for decades, perhaps the biggest fight has been over the naming of the area in the Old City of Jerusalem that is holy to both Muslims and Jews. Shortly after Israeli troops occupied the Old City on June 7, 1967, an Israeli soldier was quoted as saying, “The Temple Mount is in our hands,” a reference to the Israeli troops capturing Islam’s third-holiest mosque (Al-Aqsa) and the western wall below it, which Jews believe represents the remains of the Jewish temple that was destroyed in the year 70.

The struggle over this holy site, which is believed to have been the location where Abraham, the father of the three religions, nearly sacrificed his son, is perhaps the center of the entire conflict in the Middle East.

The Israeli use of the term Temple Mount is completely rejected by Arabs and Muslims who insist that the entire 144 dunams (36 acres) is Haram al-Sharif, or the Noble Sanctuary. Built in the 7th century, Haram al-Sharif includes Al-Aqsa Mosque, as well as the Dome of the Rock, the Islamic Museum, Al-Aqsa Mosque Library and other locations, grave sites and shrines.

On April 12, UNESCO ruled that the Arabic terminology of Al-Aqsa Mosque/Haram al-Sharif is the official one to be used. The resolution, adopted by a vote of 33 in favor, six against and 17 abstaining, calls the third-holiest site in Islam only by its Arabic name.

The struggle in the occupied Palestinian territories is a far-reaching one that includes — and sometimes is highlighted by — the opposing narratives that each side put out. The latest Israeli map that completely ignores Islamic and Christian sites in the Old City of Jerusalem while exaggerating Jewish ones is an example of how one side is trying to monopolize the city’s identity in an exclusive way.

Jerusalem is holy to Jews, Christians and Muslims, and at the same time it is the focus of a continuous struggle between the Palestinians and Israelis. It does not take much to understand that the only way forward is to understand that all attempts to restrict the city’s identity are bound to fail. A more inclusive policy that respects the other is what is desired.