Iran’s foreign minister has condemned Saudi Arabia's attempts to introduce anti-Iranian resolutions ahead of the Organization of Islamic Cooperation summit in Istanbul. 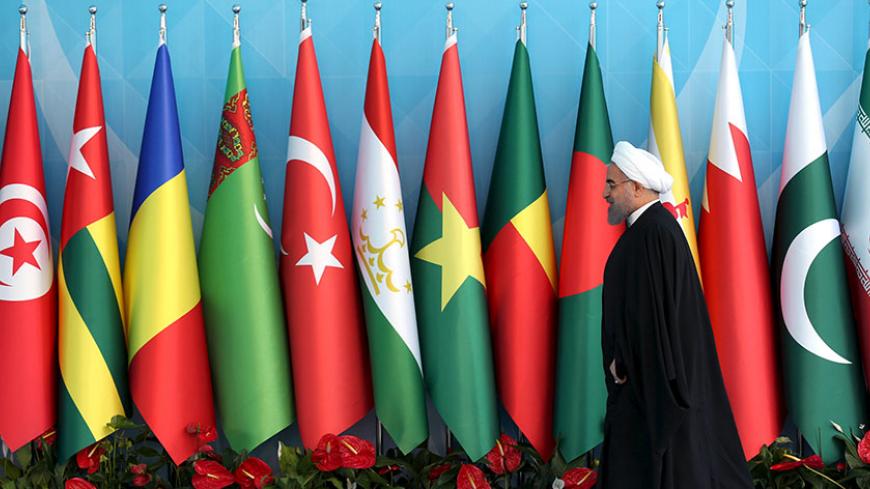 At the 13th summit of the Organization of Islamic Cooperation (OIC) in Istanbul, leaders of Muslim countries gathered to address issues such as terrorism, the migration crisis in the region and the issue of Palestine. What has captured the attention of the Iranian media, however, is the continuing conflict between regional rivals Saudi Arabia and Iran.

Before the April 14 summit began, Iran’s Foreign Minister Mohammad Javad Zarif publicly objected to Saudi Arabia’s attempt to introduce what Iranian Students’ News Agency (ISNA) called “four anti-Iranian resolutions and one resolution against Lebanon’s Hezbollah in the draft declaration of the OIC.” Zarif said such a statement would contradict the “spirit of Islamic unity and is in the interests of the Zionist regime" and warned that such destructive actions would have consequences.

Addressing the Iran-Iraq War and anti-Iranian resolutions at previous OIC conferences by the Iraqi government under Saddam Hussein, Zarif said, “During that time Mr. Tariq Aziz, who was the foreign minister of Iraq, would pass anti-Iranian resolutions with the support of a number of regional countries.” Zarif added, “A lesson must be learned from the past, look now where Tariq Aziz is.”

Aziz, who was the public and international face of Iraq under Saddam, surrendered to American forces after the 2003 invasion. He was sentenced to death in 2010 and died of a heart attack in an Iraqi prison in 2015. Continuing with the theme of the Iran-Iraq War, Zarif also said that Iran has always tried to pursue positive relations with OIC members, even while “some countries supported Saddam Hussein and his war against Iran and were partners with Saddam in his crimes against Iran.”

In a rare case of partisan Iranian media unity, Zarif’s comments were front-page news both on Reformist Iranian newspapers, which have a softer position toward Saudi Arabia and support rapprochement, and hard-line publications linked to the Islamic Revolutionary Guard Corps, which are staunchly opposed to better relations with Riyadh. Saudi Arabia cut diplomatic relations with Iran after protesters stormed the Saudi Embassy in Tehran in January. At the time, tensions were brewing over regional conflicts and a hajj stampede in Mecca that killed 464 Iranians, including top diplomats.

Indirectly addressing the anti-Iranian resolutions that Saudi Arabia proposed, Rouhani said, “The OIC summit was convened under the name of unity, no message that increases division between Muslims should be put out.”

Rouhani also lamented that the decline of the early Islamic civilizations began when, instead of cooperating, they became entangled in conflict with one another and prepared the scene for outside invaders. He said the same phenomenon is repeating itself today, and instead of investing in science, development and employment for the youth, money is spent on stockpiling weapons.

Despite Rouhan’s positive comments, there are deep differences between Saudi Arabia and Iran over Lebanon, Syria, Yemen and Iraq. Even in his speech, Rouhani said Iran is supporting the Syrian government against terrorism, a position that Saudi Arabia, which has supported the armed opposition, is completely opposed.