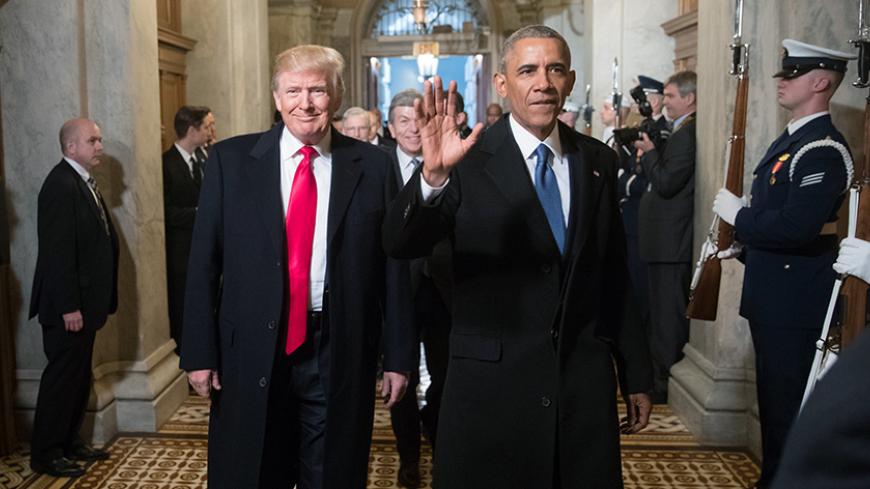 There is little doubt that now, with a hard-line US president in the White House, Iran’s main rivals for influence in the Middle East, namely Saudi Arabia, Israel and Turkey, are feeling emboldened by the possibility of an America willing to confront Iran. The three countries have recently made harsh public statements against Iran, signaling that there could be a coordinated axis to push back against Iran’s positions in the Middle East.

After a number of comments by Turkish officials blaming Iran for spreading sectarianism in the region, Iranian Foreign Minister Mohammad Javad Zarif answered back Feb. 22. In an interview with the Iran newspaper, Zarif said some regional countries have placed their hopes in Trump because their policies in the region have not been successful. When asked to clarify what countries he was speaking about, Zarif replied, “Those who support [the Islamic State] and [al-Qaeda-linked Jabhat] al-Nusra." Zarif dismissed the controversy at the security conference in Munich, Germany, saying that the anti-Iranian comments came from only three countries.

When pressed about significant Saudi and Turkish influence in region, Zarif said that while the two countries may have certain successes, their policies have failed. He noted that had their policies been successful, they would not be busy trying to sabotage Iran’s influence in the region, adding, “Sabotage is not normally the behavior of the strong.”

Zarif said that in the era of Trump, some countries are trying to present themselves as not being the problem while pointing the finger at other countries. He said that while issues with Israel are not new, “We did not expect behavior such as this from our neighbors.” Specifically in regard to Turkey, Zarif said, “We are sympathetic to the Turkish government [but] it seems our friends have short memories. They accuse Iran of sectarianism but they do not remember that for their government — which is not Shiite — we did not sleep during the night of the coup.” Iran and Turkey were reportedly in constant contact the night of the July 2016 coup attempt and Iran expressed strong support for the Turkish government.

With respect to Saudi Arabia, Zarif said it is trying to blame Iran for Saudi shortcomings in its US-backed war on Yemen. Zarif said Iran had conveyed a message to Saudi Arabia to settle differences in Yemen differently but that the message was ignored. Zarif added that Iran also wants stability in the region and that it does not intend to bring up the past, such as Saudi support for former Iraqi President Saddam Hussein during the Iran-Iraq War.

Some former officials were somewhat disturbed about the new coalition forming against Iran and wondered whether Iran had lost an opportunity it might have had when Barack Obama was president. “It would not be fair to say that the policies of Mr. Obama were similar to the policies of George Bush and Donald Trump” with respect to Iran, wrote Ali Khoram, former Iranian ambassador to China and Libya, in the Shargh daily. Khoram noted that Obama could have pushed for many hostile policies against Iran, from not pushing for a nuclear deal to increasing sanctions after the deal and putting ground troops into Syria. “Maybe Iran was not aware that there were opportunities in the Obama era where it could have solidified its connections so that under the Trump era it was not so vulnerable, and not be the center of political attacks in the region,” Khoram wrote.