Newly appointed French Foreign Minister Jean-Marc Ayrault speaks to Al-Monitor about the link between Europe's migrant crisis and the Syrian conflict, saying the European Union and France must shoulder their responsibilities to help solve the Israeli-Palestinian issue. 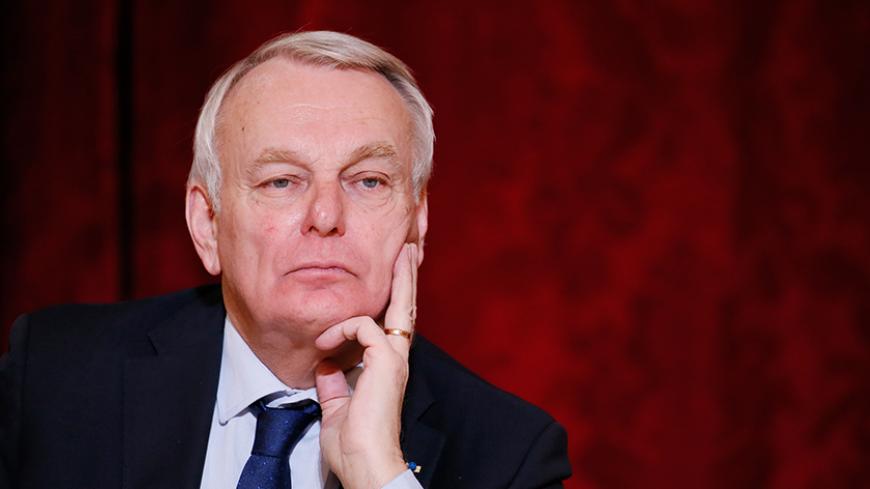 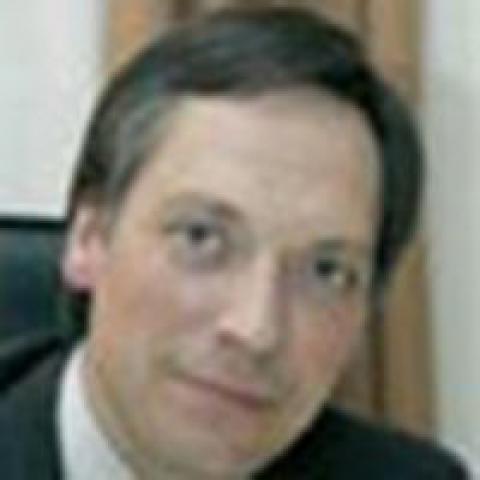 Jean-Marc Ayrault, France's recently named minister for foreign affairs and international development, has had a long career in the political arena.

Ayrault was first elected to the French National Assembly in 1986. As mayor of Nantes from 1989 to 2012, he transformed and modernized the city, which today is considered one of the most dynamic cities in France and a strong base of the Socialist Party. Ayrault left that position to serve as head of the Socialist Party delegation to the chamber from 1997 to 2012. In this capacity, he worked closely with Francois Hollande, who at that time was the first secretary of the party.

When Hollande was elected president of France, Ayrault became his first prime minister, from 2012 to 2014. A dedicated left-wing politician, Ayrault is a former German professor.

Al-Monitor interviewed Ayrault via email April 13, soon after he returned from the Group of Seven (G-7) meeting of industrialized countries in Japan.

Al-Monitor:  How do you link the migrant crisis with the Syrian conflict? Does France act in Syria only to curb the number of migrants flocking to Europe?

Ayrault:  Refugee management is not the only determining factor in French policy on the Syrian conflict. We maintain long-standing relations with the Middle East, particularly with Lebanon and Syria. Furthermore, since the start of the Syrian crisis, France has been calling for a political transition that alone can address the legitimate aspirations of the Syrian people, even before the refugee crisis affected Europe. Today, this transition appears even more necessary to restore lasting stability in Syria and the neighboring countries, as well as security in Europe.

Yet it is true that the migrant crisis in Europe is directly linked to the Syrian conflict as almost 45% of the migrants and refugees who have arrived in Europe in 2016 are from Syria. The current regime is chiefly responsible for this situation due to the repression it has been conducting for the past five years. The mass bombings, including with barrel bombs, carried out by the regime, in addition to the resulting casualties, have been largely responsible for the 7 million internally displaced persons and almost 5 million refugees. As a result of the mass repression against its population, the regime has also created the conditions that enable terrorist movements like Daesh [Islamic State] and Jabhat al-Nusra to thrive on its soil. With the recent attacks in Brussels, it is clear that Europe is also suffering the consequences.

Al-Monitor:  How do you see the future of Lebanon in the Middle East crises?

Ayrault:  Lebanon is one of the countries worst affected by the consequences of this crisis. For example, the Syrian crisis has caused the arrival of over a million refugees in the country, accounting for a quarter of its population.

To preserve Lebanon's stability and avoid that it becomes hostage to regional tensions, France calls on the Lebanese to follow the policy of dissociation toward the Syrian conflict, in accordance with the Baabda Declaration adopted by all Lebanese parties in June 2012.

Lebanon's presidency has been vacant for almost two years. This affects the functioning of all institutions. France calls on Lebanese actors to mobilize in order to enable the election of a president without delay.

France has also worked hard to create the International Support Group for Lebanon, which is active in the political, military and humanitarian components.

Beyond that, resolving the issue of refugees and viably limiting risks of destabilization in Lebanon can only be achieved through a lasting political solution in Syria.

Al-Monitor:  Considering the progress of IS in Libya, what should be done in that country?

Ayrault:  It is urgent to combat Daesh in Libya, where it is committing unacceptable abuses on civilians and threatening the entire region.

Daesh has established itself in Libya owing to political instability there. It is therefore great news that the national unity government has just taken office in Tripoli, since the best way of stopping the progress of Daesh is to rebuild the authority of the state and restore its principal functions, in particular the army and the police.

There have been major developments in the inter-Libyan political process facilitated by the United Nations: A political agreement was signed in Skhirat in December 2015 and a national unity government was formed in February 2016. This government is supported by the majority of deputies in the House of Representatives and Libyans, and the international community stands ready to support it in all areas, including security. It is important, however, for the government to establish itself in Tripoli and assume control of the country's economic and financial institutions.

Al-Monitor:  Should France/Europe play a larger role in the [Israeli-Palestinian] peace process?

Ayrault:  In the face of the deadlocked peace process and of a rapidly deteriorating situation, France has suggested organizing an international conference to further the resumption of negotiations in order to arrive at the only possible solution to this conflict that is the creation of a Palestinian state living side by side in peace and security with Israel.

I have entrusted Ambassador Pierre Vimont with the mission to contact the concerned parties with a view to preparing this conference. I myself have had the opportunity to meet with the Arab League's Committee in Cairo and to present our ideas to our European partners. All our meetings, notably with [US Secretary of State] John Kerry and [Russian Foreign Minister] Sergey Lavrov, have provided an opportunity to explain that the status quo is dangerous and that we must restore the hope of all Palestinians that the two-state solution will be realized rapidly.

France has proposed taking action in two stages: to first hold a conference in the spring bringing together the principal partners to mobilize the international community around this solution, and second an international conference expanded to the parties, so as to lay the foundations for a new dialogue.

France and the European Union have major interests in the Mediterranean and we must shoulder all our responsibilities to further a just and lasting resolution to the Israeli-Palestinian conflict.