Algeria says it will endeavor to host a Libyan national dialogue in October month, hoping to end the violence and rejecting calls for foreign military intervention. 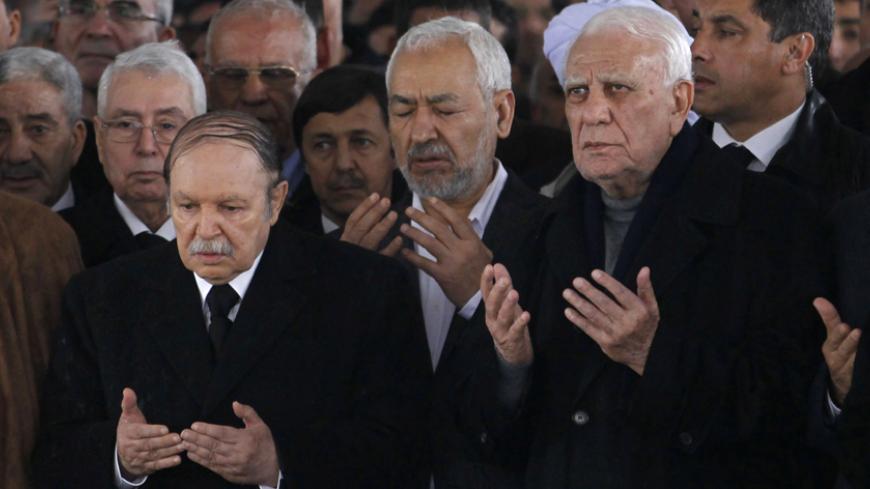 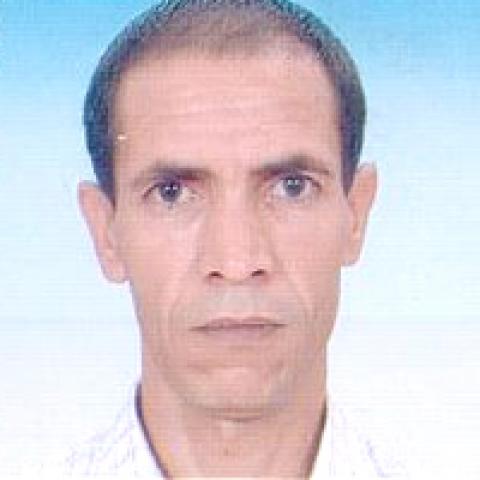 ALGIERS, Algeria — Algeria has found in the United States an unexpected ally supporting its stance against military intervention in Libya. Washington has also backed Algeria’s attempts to begin a national dialogue between Libyans, just as it did in Mali. Algeria sought the help of Tunisian Islamist leader Rachid Ghannouchi to push Libyan Islamists to participate in the dialogue set for sometime in October.

Algeria, which has deployed large numbers of troops to secure its southern and eastern borders with Libya and Tunisia following the rise of Islamist militants, has publicly opposed talk of Western military intervention in Libya following the recent battles among militias in the Libyan capital, Tripoli.

Foreign Minister Ramadan Lamamra said during the Madrid conference for Libya on Sept. 17, “The role of international organizations is to help rather than interfere, regardless of the form of interference, in Libya.”

Algeria realizes that the crisis in Libya is not only political, and it proposed the implementation of UN Resolution 2174 to cut off the supply of arms to the fighting parties as a security solution. During the Madrid conference, which Spain initiated, Algeria recognized the importance of “communicating for an immediate cease-fire and implementing the [arms] ban decided by the UN.”

The Algerian plan to solve the crisis in Libya is based on “the conflicting parties’ reaching security agreements that would allow them to protect the people and properties in Libya, while providing the right circumstances to keep fighting terrorism.”

US Secretary of State John Kerry expressed support for the Algerian stance following a meeting with Lamamra, his Algerian counterpart, who led the Algerian delegation during the UN General Assembly. Kerry announced a meeting of the main countries concerned with the Libyan affair.

The meeting was held Sept. 22, with the participation of the United States, Algeria, Libya, Egypt, Qatar, France, Germany, Italy, Saudi Arabia, Spain, Tunisia, Turkey, the United Arab Emirates and the European Union. The final report “praised the efforts of the countries neighboring Libya, especially the Algerian initiative. The latter called on Libyan leaders and representatives of all political parties to participate as soon as possible in a dialogue that results in national reconciliation.”

Algeria wants to see the efforts undertaken with the conflicting parties in Mali repeated in Libya. Accordingly, it suggested hosting a meeting for the different Libyan parties. Lamamra believes, "Libya has an elected parliament, … but to consolidate its legitimacy, it must take the necessary appeasement measures to create favorable conditions for an inclusive dialogue and national reconciliation."

In the same context, the UN Support Mission in Libya chose Sept. 29 for reconciliation meetings and said that EU Special Representative Bernardino Leon called on all Libyan parties to hold a dialogue. To reach reconciliation, the disputing parties should accept UN Resolution 2174 calling for an immediate cease-fire in Libya. But a day after the New York meeting of the 14 countries, Lamamra said that Algeria would host a dialogue between Libyans in early October. An Algerian diplomatic source told Al-Monitor that the active Libyan political parties asked Algeria to act as a mediator to end the crisis in the country and to push for an inter-Libyan dialogue, in the vein of the successful meeting of the Malians in Algeria.

Algerian diplomatic sources told Al-Monitor that in preparation for the reconciliation, President Abdelaziz Bouteflika asked Ghannouchi to convince the Libyan Islamists, led by Abdulhakim Belhadj, to participate in the dialogue sessions. After meeting the Algerian president, Ghannouchi supported the initiative by Libyans to solve their own problems and considered foreign interference a problem rather than a solution. He asserted that the real solution will be found through “consensus and national dialogue among the different political parties.”

Ghannouchi can be influential among some Islamist parties in Libya, especially those affiliated with the Muslim Brotherhood. He has also welcomed Belhaj several times in Tunisia. Meanwhile, Algeria has relations with anti-Islamist Libyan groups. Therefore, the Algerian-Tunisian coordination, supported by Western and Gulf states, should lead to uniting the different parties in the Libyan crisis around the dialogue table in Algeria. These efforts may isolate jihadist and extremist groups seeking to establish an Islamic state according to the Islamic State model in parts of Syria and Iraq. 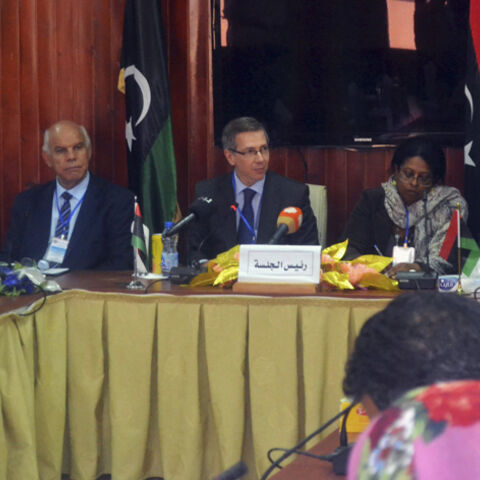 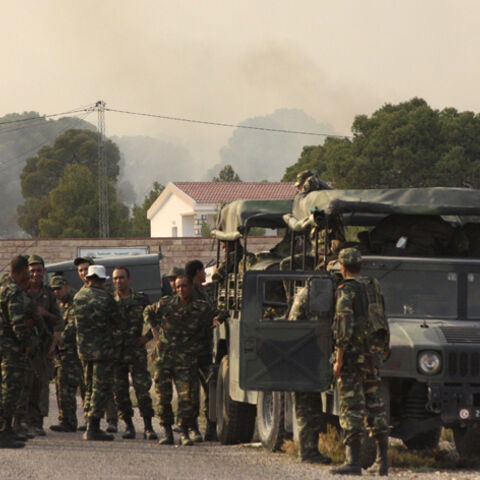