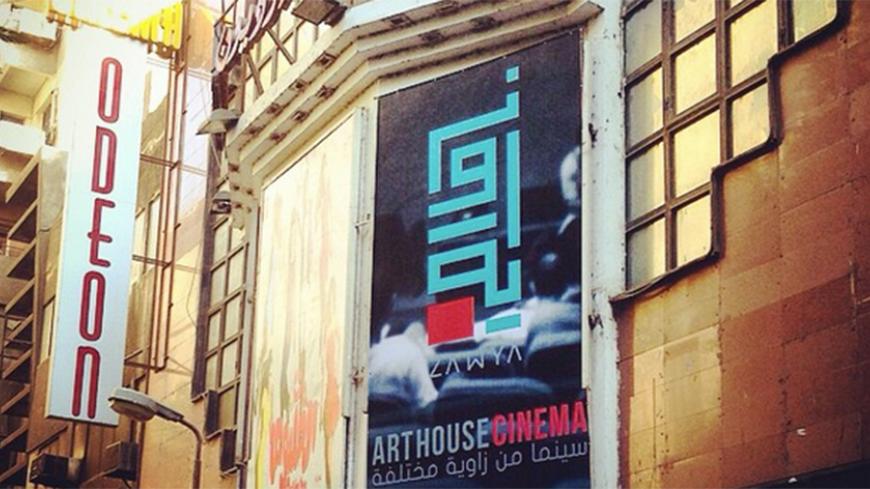 CAIRO — In a step aimed to promote independent cinema in Upper Egypt, members of the Cinema Everywhere Initiative have screened about 40 films in popular cafes, youth centers, neighborhoods and schools across various villages of Upper Egypt, using only display screens connected to laptop computers. This part of Egypt is known for suffering from underdevelopment and — unlike Egypt’s northern cities — there is a total lack of theaters. Citizens living in Upper Egypt miss out on many commercial and independent films.

Despite the lofty goals, however, it seems that the initiative's ability to bring about change and consecrate independent art culture is still limited due to lack of funding and government support.

The Cinema Everywhere Initiative, launched in 2013, began a new project in February titled Cima Masr, which aimed to screen independent films in Upper Egypt from Feb. 14-19 with support from the Arab Fund for Arts and Culture (AFAC). The project included four governorates and a variety of villages, such as Baarat, Qurna and Kom al-Tut, as well as the youth center of Izbat Abu al-Rish al-Bahriyah.

Wagih al-Laqani, the founder and director of Cinema Everywhere, spoke with Al-Monitor about the project’s aims. “Our objective is to visit different areas in Egypt, whose residents are unable to go to theaters to watch films. We want to break the rule that independent films are limited to the elites, intellectuals and festival fans. The project sought to introduce the people of Upper Egypt to other types of films that are not famous or trending, and to screen films different from the films produced by the Egyptian or US commercial cinema industry."

Laqani also indicated that one of the obstacles facing independent cinema is that these films tackle social issues that are still taboo for the average citizen.

“The Egyptian independent film industry is thriving and has won several awards. The initiative does not seek to alter public taste, but only offers different choices,” he said.

Gauging the success of the latest project, Laqani noted that the people of Upper Egypt welcomed the activists who helped implement the project and were eager to discuss the screened films. It allowed them a forum to talk about the various issues covered in these movies.

Laqani described the project as a journey of exploration, since it sought to screen films in places that face a desperate lack of cultural and artistic services.

So far, Laqani says there has been no cooperation with government agencies, but he does not oppose such cooperation in the future that would ensure the project's success. He explained that the project aims to discuss social daily issues from all perspectives, introduce new arts, display a fine quality of cinematic arts and disseminate art everywhere in Egypt.”

Independent cinema is commonly defined as the industry of films that are produced outside the scope of studios, production companies and distribution system, and do not rely on silver screen stars and often reflect the director’s personal view.

Independent films first gained prominence in Egypt with "Ithaki," directed by Ibrahim el-Batout in 2005. Independent films then succeeded in having a presence on the Egyptian cinematic scene and they were able to raise social issues that attracted the public. Many of these films received local and international awards, such as Factory Girl, which took part in seven international film festivals, and was selected as the best feature film at the Dubai Film Festival in 2013.

Film critic Mohammad Abdel-Rahman, a journalist for Sabah el-Kheir magazine, stressed to Al-Monitor the importance of independent films in Egypt. “There is demand for these films, as they handle issues oriented to a specific audience that is interested in specific issues, such as the revolution and education.”

Abdel-Rahman also said that it is important to use social media to attract different audiences through film festivals, online promotion activities and the establishment of mechanisms to push satellite channels to broadcast independent films, even if they are only paying low sums for the rights.

He explained that raising ​​awareness about independent cinema is more important than viewing the films. “This project allows the audience to use the Internet to see independent films, and learn different arts, such as documentary filmmaking about their lives and cities.”

Most cinema theaters in Upper Egypt have been closed. The only cinema theater in Qena governorate was at Nag Hammadi Center, which was shut down and turned into a residential tower. This was also the case for Cinema Renaissance in Asyut, which closed its doors due to material losses and was put up for sale to build a shopping center.

Ramadan Abu Ismail, the head of the local community development association in Beni Suef governorate, told Al-Monitor, “The cultural scene in Upper Egypt suffers serious shortcomings as a result of the closure of theaters in most governorates.”

He added, “The existence of initiatives similar to Cinema Everywhere will help spread cultural awareness.”

Abu Ismail noted that independent films are important because in order to get a high turnout they discuss issues specific to Upper Egypt, such as revenge and women's inheritance.

"The project needs the government’s support, especially at the financial level. Yet there is a lack of trust between the street and the government. The role of civil society is important in bridging the gap," he added.

Showing and promoting independent films in Upper Egypt broadens cultural horizons in marginalized villages that are far from the vibrant cultural life in cities such as Cairo and Alexandria. Yet there is still a big challenge, namely the ability to continue without financial support.