The release follows months of pressure from the State Department. 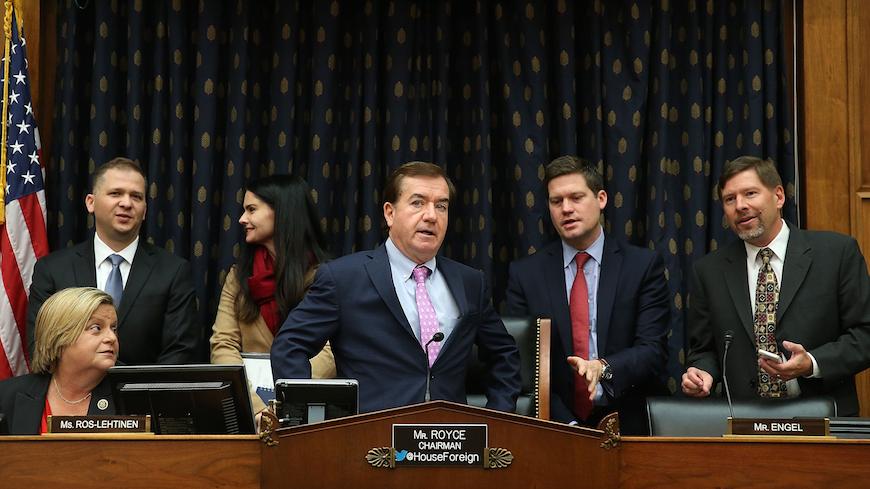 Key lawmakers had placed holds on $159 million in aid since last fall, Al-Monitor reported April 18, to protest the Palestinians' UN statehood bid and payments to the families of people who conduct attacks against Israelis. Most of those holds were lifted late last week following growing pressure from the State Department, however, leaving only $51 million in blocked aid.

"We continue to believe that US assistance to the Palestinian Authority has played a valuable role in promoting stability and prosperity not just for the Palestinians, but for Israel as well," a State Department official told Al-Monitor. "This assistance has supported security coordination between Israel and the Palestinians, which has been instrumental in preserving security in the West Bank and Israel, and reducing threats to Israelis and Palestinians alike."

The holds had been placed by House Foreign Affairs Committee Chairman Ed Royce, R-Calif., and foreign aid appropriations subcommittee Chairwoman Kay Granger, R-Texas. Their release had been in the works for weeks, a congressional aide told Al-Monitor, and came through after Assistant Secretary of State for Near Eastern Affairs Anne Patterson testified before Congress last week.

At the Middle East panel hearing, Royce sought assurances from Patterson that she would press the international community to demand that the Palestinians cease payments to the families of young men and women killed or arrested committing attacks. A spate of attacks have killed 28 Israelis and two visiting Americans over the past six months.

"I totally agree with you that this is an egregious practice," Patterson told Royce. "Rest assured that this will be a topic of conversation with the rest of the donor community. We see Europeans and other donors all the time, and rest assured that your points will be conveyed with our full concurrence."

Ileana Ros-Lehtinen, R-Fla., the House Foreign Affairs Committee chairwoman for the Middle East and North Africa, said she found out that the hold had been lifted upon returning to Capitol Hill on April 18. She had supported it, but held out hope that the upcoming spending bill due out of Granger's panel for FY2017 would place clear restrictions on Palestinian aid.

The Palestinians say the congressional holds are counterproductive.

"We informed the administration of the grave consequences of such an irresponsible action," the Palestinian Liberation Organization mission in Washington told Al-Monitor in an emailed statement. "There is no reason for them to keep using these futile tactics to exert pressure on the Palestinians."

Congress has tussled with the Obama administration before over Palestinian aid, notably following the short-lived effort at a unity government with Hamas. The State Department at the time got around congressional prohibitions on direct aid to the Palestinian Authority by providing the assistance directly to Palestinian creditors.

The debt-laden PA needs international assistance to pay the hundreds of millions of dollars it owes to a number of suppliers. Earlier this month, Israel's state electric company reduced power to the West Bank city of Bethlehem by 50%, citing the PA's $460 million in unpaid bills.

The Obama administration has also cracked down at times. In the fall, the State Department said that it was withholding $80 million from its $370 million budget for the 2015 fiscal year, Al-Monitor reported at the time, blaming "unhelpful actions" by the Palestinians.

The latest holds were placed after Palestinian Authority President Mahmoud Abbas' assertion in September that the Palestinians were no longer bound by the Oslo agreements of the 1990s. Abbas has drafted a resolution condemning Israel's settlement expansion, a possible prelude to a French-backed international peace conference starting this summer.

US lawmakers are particularly worried that the Obama administration might abandon its past opposition to "one-sided" resolutions, with 394 House members — more than 90 percent of the body — signing on to a letter from Appropriations Committee ranking member Nita Lowey, D-N.Y., to the president urging him to stay the course. Separately, two members of the House Armed Services Committee, Reps. Doug Lamborn, R-Colo., and Gwen Graham, D-Fla., introduced a resolution April 15 urging Obama to veto any Security Council resolution that "inserts the Council into the peace process, unilaterally recognizes a Palestinian state, makes declarations concerning Israeli controlled territories, or dictates terms and a timeline for the Israeli-Palestinian peace process."

The United States has given the Palestinians some $5 billion in bilateral economic and security assistance since the mid-1990s, making them one of the largest beneficiaries of US aid per capita, with $364 million more requested for the fiscal year that starts Oct. 1. The remaining $51 million in holds will prevent specific projects from moving forward, a congressional aide said, but what they are has not been made public.