After the fall of the ruble and a crisis in the pepper market, farmers in the Arava desert region are playing host to a fledgling tourism industry. 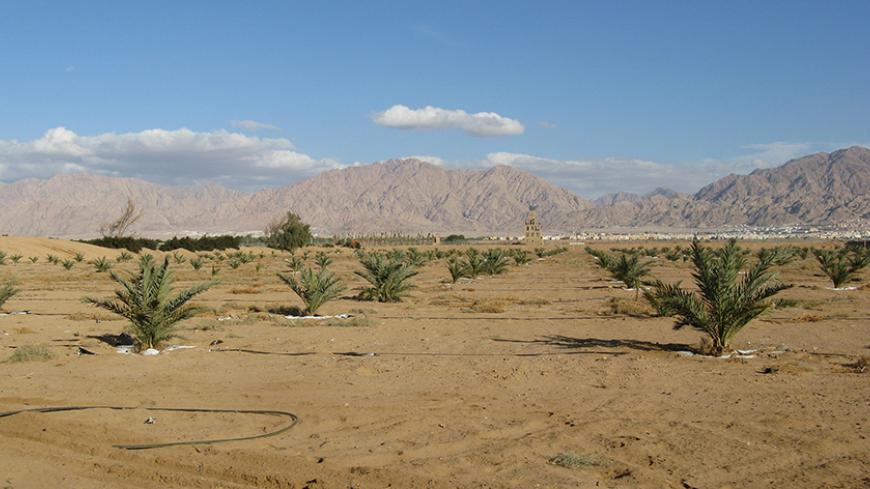 The 11 luxury bungalows at the Midbara compound in the central Arava desert region in the south of Israel are reserved three months out. The facility is 100% booked over the weekends and 90% booked in the middle of the weeks. “It’s like that all year,” says Rani Shirai, one of Midbara’s operators.

This is no small success. It's dry in the Arava in the summer, but the temperatures can reach as high as 45°C (115°F). That hardly sounds appealing, especially in the middle of the desert. “We provide the desert experience under optimal conditions. The place itself is isolated. It is 100 kilometers [62 miles] to the nearest city, and the sky is lit up with stars. There is no background noise, either,” says Shirai, who readily shares his success story with others.

The Arava village of Tzukim was founded 10 years ago. The primary source of income for its residents is tourism, even though the rest of the region is devoted entirely to agriculture. The Central Arava Regional Council consists of seven localities, five of which are agricultural. Similarly, most of the villages in the Hevel Eilot region immediately to the south are also agricultural. But the past few years have not been good to the farmers of the Arava, and they have been forced to find additional sources of income. Kobi Derscher, for example, closed down his greenhouses after 25 years growing peppers and other vegetables, mostly for export. All he left himself was a small grove of date palms when he opened the Song of the Arava guest inn.

“We grew outstanding produce,” he tells Al-Monitor, “but over the past three years, we’ve been getting paid less per kilo. The exchange rate between the shekel and the euro dropped, and the costs of middlemen increased. Then there are pests, weather disasters, wars, harsh taxation policies and rising prices for production costs and raw materials. Yet despite all that, the price per kilo remained the same.” There was also the unexpected collapse of the ruble, which dealt a mortal blow to the farmers of the Arava. Their main crop of peppers is exported primarily to Russia. When the ruble collapsed, it brought the whole market down with it.

“There are farmers here who were left with nothing,” says Derscher. “People lost as much as 600,000 shekels [$157,000] over the last year and were forced to sell their farms. They were left without a pension. Some of them are older, so they will never be able to recoup their losses.” He would also prefer to keep growing peppers, but circumstances had the final say in the matter. Derscher still doesn’t make a living from his inn, but he is hopeful. Like most of his neighbors, he is convinced that the blossoming of a tourist region in a place once considered a random stop on the way to Eilat is only the beginning.

In contrast, Arik Weinstein from Ein Yahav continues to grow peppers and other vegetables. But he, too, recently opened four new guest bungalows. He also runs his own boutique winery and guides agricultural tours of his plantations and wine groves. “I think that the agricultural potential here has exhausted itself,” Weinstein tells Al-Monitor. “Agriculture here is incredible, but there are limits on water and demand, so anyone who wants to continue living here will have to learn to create some other quality industry. I think that tourism here will be fine. I won’t make millions, but if I can support myself at least partially from these bungalows, that would be excellent. I can still do that when I am older.” He says that anyone in the region who is not a farmer still bears a certain stigma, but people are starting to change their attitudes. “We all have some work to do on the way this is perceived. There are farmers who came down to the Arava to get away from people. Now, suddenly they have to play host.”

According to Eyal Bloom, head of the Regional Council and a farmer himself, some 6 million people drive up and down the Arava Highway every year. “That is an enormous economic potential. If we manage to create interesting tourist products, people will spend at least one night in the Arava on their way to Eilat.”

Many of the farmers-turned-tourism entrepreneurs focus on unusual ways to integrate their two fields. New facilities that have opened in the region over the past few years include a bee farm, an alligator farm, an antelope farm, and other attractions that combine agriculture with tourism and the untamed wilderness. ''Instead of growing peppers, we started to grow bungalows,” Bloom jokes.

While Tzukim is a tourist village, several remote, windswept guest facilities have opened their doors in the surrounding area. “Tzukim is the locomotive that moves the local tourist train,” says Gali Cohen, who manages business development for the regional council. Isolated guest facilities are considered more prestigious than those located in farming communities. They appeal more to upper-middle-class guests, who can afford to pay 800-1,300 shekels [$200-340] a night. “The Central Arava now has about 60 guest facilities with some 300 rooms. Annual occupancy stands at about 30%, just like in the rest of the country, but in Tzukim, annual occupancy is 60-70%.”

It is only in the past few years that travelers have discovered the Arava. Along with backpackers looking for a place to crash for the night have come families, patrons of expensive jeep safaris and people who were simply fed up with the Golan Heights or Eilat but still wanted a high-status, boutique guest house.

“It was obvious to us that the Arava would be discovered and become the last word in tourism,'' says Danny Cohen, founder and owner of the Arendal guest farm, which offers luxurious guest huts outside of Yahel. ''This is the only strip of land left in the country with fresh air and wide-open virgin spaces. And it’s in a part of the country that is not disputed politically and has no demographic issues,” says Cohen.

Despite the optimistic mood, the residents of the Arava have a long track record of difficulty and disappointment. “It sounds nice to describe it as ‘blossoming,’ but that’s hardly accurate,” says Osi Winter, who opened a cafe-pub called Ursula in Tzukim a year and a half ago when she couldn’t find any other work. While bungalows have been popping up like mushrooms after the rain, it is much harder to keep a restaurant running when there is sporadic demand, so very few have actually opened in the Arava. “Right now, we are more or less where tourism in the Golan Heights was 10 years ago,” she says. “It takes a long time to really make a living off of tourism, and people who make the transition from agriculture come loaded down with debts that can’t be repaid with income from tourism. The Arava is still on the periphery of the State of Israel, and on the periphery of the tourism industry, too.”