Who’s to blame for US seizure of $2 billion in Iranian assets?

Iran's former president Mahmoud Ahmadinejad has rejected blame in a US Supreme Court case that ruled Iran's assets of $2 billion can be seized. 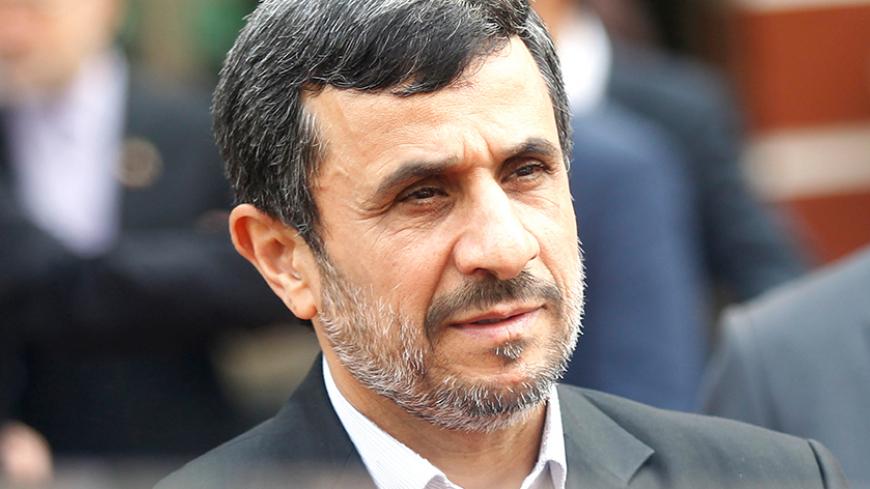 After the US Supreme Court ruled April 20 that families of victims of a 1983 terrorist attack in Beirut are allowed access to $2 billion of funds belonging to Iran in a New York bank, officials from the administration of President Hassan Rouhani blamed the previous administration for the oversight and poor management.

"Under the previous administration, it was decided that a part of the Central Bank's resources be managed in Europe," said Vice President Eshag Jahangiri on April 23 regarding the US Supreme Court ruling. "Therefore, with complete poor planning, $2 billion of American bonds were purchased and kept in a European bank, so the Americans were able to easily block the bonds and then confiscate it."

Iran's vice president was not the only official from the administration of President Hassan Rouhani to point fingers at Mahmoud Ahmadinejad, who was president from 2005 to 2013. Hamid Baeidinejad, director general for political affairs at the Foreign Ministry and a nuclear negotiator, wrote a response to the ruling on his Instagram page April 23. Baeidinejad criticized the former head of the Central Bank for purchasing the bonds of a "hostile country" and said that it was not in line with the general policies of the Islamic Republic of Iran.

The head of Iran's Central Bank, Valiollah Seif, also blamed the Ahmadinejad administration, saying April 23, "Unfortunately, under the previous administration, despite the warnings of experts and managers of the Central Bank to avoid investing in dollar-based securities, they bought these bonds.” Seif also accused previous diplomatic officials of not taking any action to retrieve the money.

In an attack on the Rouhani administration’s compromise on the nuclear program in order to reach a comprehensive deal with the six world powers that would reduce international sanctions, the statement asked rhetorically, "Is not this robbery [US Supreme Court ruling] the result of showing the nation of Iran as weak on the international scene?" The statement continued that the ruling was issued at a time when Foreign Minister Mohammad Javad Zarif was meeting with US Secretary of State John Kerry — the two men who led the negotiations on behalf of their countries — and said this timing is simply a "continuation of the scenario of humiliating the Iranian people and government."

The statement, however, did not address why the Central Bank invested $2 billion in US bonds during Ahmadinejad's presidency.