What it's like to be a foreign journalist in Turkey

Most foreign journalists in Turkey are reminded of the government’s power while trying to renew residency permits and press cards. 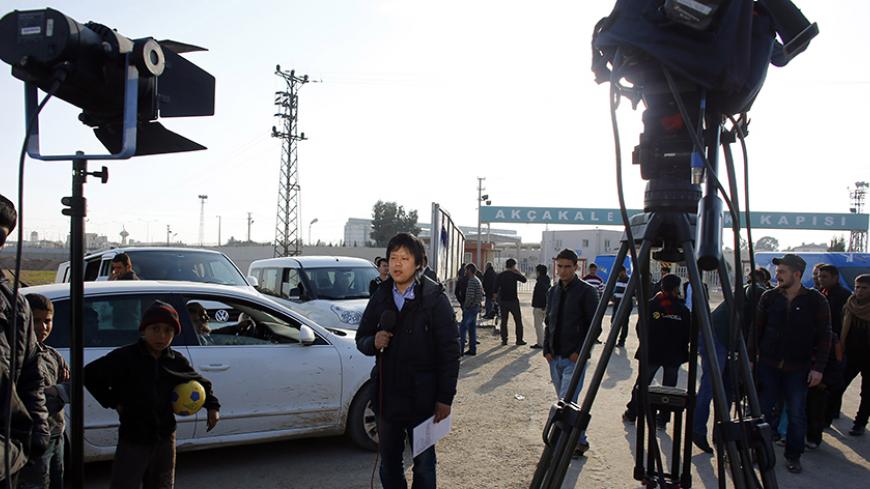 On March 17, German journalist Hasnain Kazim, Der Spiegel’s correspondent based in Istanbul, had to leave the country as his press card was not renewed. Kazim reportedly waited three months for the renewal.

While the grim situation of the Turkish media is well-documented and frequently discussed, foreign journalists sustain heavy blows as well. Foreign journalists who do not have Turkish citizenship must obtain a residency permit and a press card to report from Turkey. Both have to be renewed periodically.

There have been high profile cases such as the three Vice News journalists who were arrested for allegedly supporting a terror organization in August 2015. One of them was kept in custody for four months. Over the last few years, several foreign journalists have been deported from Turkey. There are still quite a few foreign journalists reporting from Turkey who are facing various challenges on a regular basis.

Indeed, the press rules for foreign journalists who are accredited have not changed, but Ankara has decided to enforce them more diligently. One senior bureaucrat told Al-Monitor on condition of anonymity, “In times when national security threats are growing exponentially, we have to be vigilant and procedures [for accreditation and residency permits] take time.”

Al-Monitor interviewed 13 foreign journalists, the majority of whom spoke on condition of anonymity.

All of those interviewed have experienced the process of acquiring and renewing residency permits and press cards in Turkey. Most of them are still in Turkey, though a few have left for other countries. No one interviewed has been deported or faced any criminal charges in Turkey, and they have all served in different countries prior to arriving in the country. Many of them have a basic understanding of Turkish, while a few are proficient. All concurred that the renewal of press cards is becoming increasingly more difficult. One journalist described the hurdles he faced as a “nail-biting angst turning into depression while waiting.” While the interviews were conducted individually, one theme came up over and over again, namely that “despite all hardship we face, we know local journalists face far more, so we cannot complain.”

A male journalist from Europe who has lived in Ankara for the last five years told Al-Monitor, “In the beginning, the toughest challenge was to survive the amount of food I was forced to eat because of the Turkish hospitality. In 2012 and 2013, the situation changed drastically and more and more often I had to cover street demonstrations and violent protests. Until that time the biggest danger I faced was being trampled by wrestling camels. After that it became normal to deal with tear gas, water cannons, plastic bullets and stones hurled by protesters. Nowadays, the biggest challenge is to be able to report in an environment where self-censorship is a constant danger and whoever disagrees with what you write or objects to the photos you take thinks you are against them. It is also very hard to obtain interviews, especially from ordinary people who seem to be afraid of talking with a foreigner.”

A male reporter from North America who has been reporting from Istanbul for the last four years said, “Writing about Turkish politics is becoming increasingly a dangerous occupation. Several government officials who agree to talk demand they would like to preview the piece prior to publication. One MHP [Nationalist Action Party] official asked me to kill a piece because it included a section on the HDP [Peoples' Democratic Party]. He said his name could not appear in the international press with the names of the terrorists. There are plenty of capricious examples that turn proper reporting into an impasse.”

A female European journalist who has been based in Istanbul for several years told Al-Monitor, “As a female freelance journalist, there have been some limitations in working alone, particularly in conservative areas where men do not want to be seen talking to a strange woman. I take care to interview women to get their voices heard, whatever their social or political standing. In terms of how I'm perceived in Turkey, I think much of the abuse I receive on social media for my articles and opinions are particularly geared toward my gender — threats of rape, for example. I've become relatively used to it — it is part of the job.”

A male reporter from North America who has been reporting from Istanbul for the last two years said, “It's also very hard getting comments from the government or from the main political parties, especially the AKP [Justice and Development Party] or MHP. The CHP [Republican People's Party] is only a bit better, though the HDP has an absolutely incredible public relations apparatus. You can get the cellphone numbers of members of parliament in minutes. There is an increasingly sophisticated government propaganda apparatus — directly or indirectly controlled by the AKP — and they often point their guns at anyone even nominally critical of the AKP or [Turkish President Recep Tayyip] Erdogan. Sometimes they are nice — always looking for gullible foreigners to convert to the cause, but they can also be incredibly vicious.”

He added, “This might just be a coincidence, but it seems like certain sources, namely academics, are a bit less likely to talk lately, which, if true, means the government has successfully accomplished its goal of silencing some of its most credible critics. More generally, the political situation has gotten much, much worse, and most of my Turkish and Kurdish friends have either been further radicalized or have simply given up and withdrawn from politics and following the news. There's a great feeling of helplessness. It's an exciting life for a journalist, but it's also just incredibly sad and often seemingly hopeless.”

So is there no way to survive as a foreign journalist in Turkey? There are at least two ways: First, if you are a foreign journalist reporting critical news about another country but Turkey, then life as an outspoken journalist could be a possibility. Second is the centuries' old strategy of “if you can’t beat them, join them.” Indeed, this may prove to be a financially shrewd decision in the coming months as Turkey grows desperate for positive international press coverage and is ready to pay for it.