Nobel winner: Peace in Libya will solve 80% of Tunisia's problems 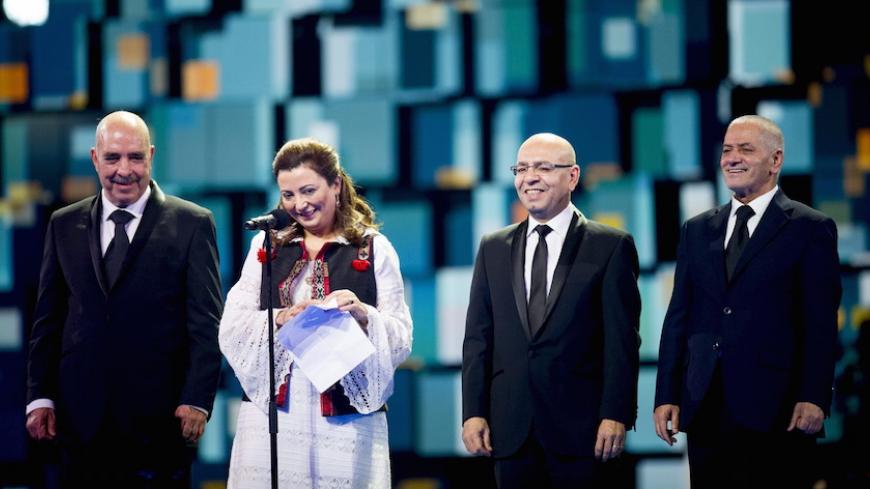 The United States must ramp up its support for Tunisia and press for a political settlement in neighboring Libya if the fledgling democracy is to succeed, employers federation president and Nobel Peace Prize winner Ouided Bouchamaoui told Al-Monitor.

Bouchamaoui has been sharing that message with US and international officials this week during a whirlwind visit to Washington at the invitation of the World Bank and the International Republican Institute. She said solving the crisis in Libya would solve 80% of Tunisia's problems by improving security and allowing its economy to take off.

"It's chaos in Libya. People are crossing borders without any control," she said. "And Tunisia is suffering because of this."

The recent terrorist attacks that have decimated the Tunisian tourism sector, she pointed out, have forced the country to further ramp up a defense and security budget that has been growing by leaps and bounds since the start of the Arab Spring. Those investments are crucial, she said, but come at the detriment of domestic social spending at a time when young Tunisians enthralled by the promise of democracy are clamoring for jobs and a shot at a better life.

"One of the main drivers of the [Jasmin] revolution was the imbalance in regional prosperity," she said, in French. "So people are expecting more investment in the regions. That's happening, of course, but a big chunk of it is being diverted to the protection of our borders — to deal with a situation we aren't even responsible for."

Bouchamaoui, the scion of a powerful family and a successful businesswoman in her own right, took over Tunisia's Confederation of Industry, Trade and Handicrafts in 2011. Two years later the organization joined with labor unionists, human rights defenders and the lawyers guild to create the Tunisian National Dialogue Quartet, which won the Nobel Peace Prize last year for its efforts to pave the way for a democratic transition while the rest of the Arab Spring countries erupted in flames or reverted back to authoritarianism.

"Recognition is nice," she said. "But we need concrete support to make this transition a success."

Bouchamaoui met with Al-Monitor over lunch at a Capitol Hill cafeteria after meeting with Rep. Erik Paulsen, R-Minn., who has introduced a resolution urging the Obama administration to start negotiations over a free trade agreement with Tunisia. Bouchamaoui said such an agreement would boost Tunisian exports and improve its global standing, without causing the kinds of impacts to the US economy that are complicating passage of far more ambitious trade deals with the European Union and Pacific nations.

"We want to be a true partner of the United States," she said, "not a subcontractor."

She was also scheduled to meet with World Bank and State Department officials, as well as the Overseas Private Investment Corporation, the US government’s development finance institution, and the US Institute of Peace.

The plain-spoken businesswoman likewise urged the United States to offer more, longer-term higher education scholarships for young Tunisians. She pressed for more US investment in her country. And she added her voice to those asking for President Barack Obama — a fellow Nobel Prize winner, she pointed out — to make history by becoming the first sitting US president to visit Tunisia since Dwight Eisenhower during his final year in office.

"We deserve a presidential visit, frankly," she said. "We've gotten visits from heads of state from the world over since the revolution."