Is free speech a crime in Palestine?

The Palestinian government needs to rewrite the law on defamation, making it a civil matter, not a criminal offense. 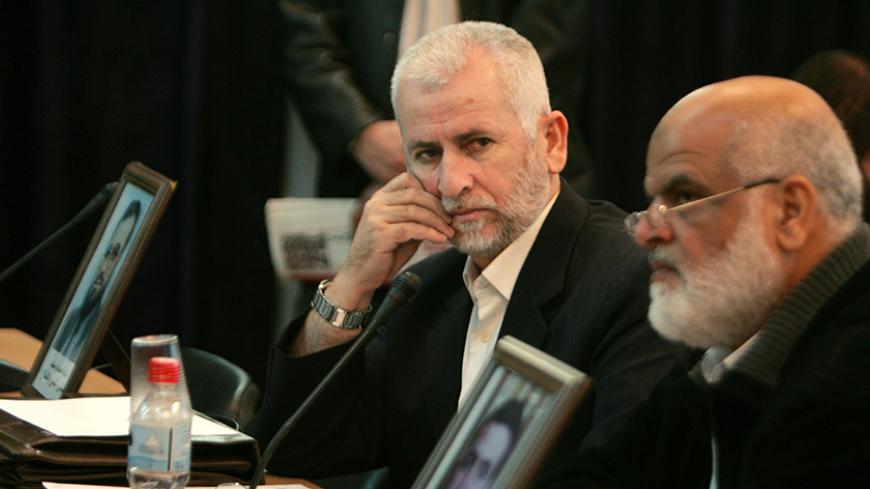 Attempts by the Palestinian Authority to arrest Palestinian Legislative Council (PLC) member Najat Abu Bakr for statements she made alleging corruption by a government minister have ignited a discussion about defamation being a crime and calls for its decriminalization.

Majed Arruri, a media rights expert from Ramallah, told Al-Monitor, “Defamation in both its written [libel] or spoken forms [slander] is a tangible issue that doesn’t require [criminal] investigation and, therefore, there is no need to hold someone in jail awaiting the results of an investigation.” He believes Palestinian legislation needs to be enacted to eliminate imprisonment in cases involving defamation.

Arruri said that by criminalizing defamation, instead of classifying it as a civil matter, the Palestinian government is not using pretrial detention for the purpose of investigating unknown components of a case, but is instead using it as punishment. “Imprisoning journalists or others for what they have said becomes a restriction on their freedom of expression, therefore resulting in self-censorship,” he noted.

The problem is compounded when the issue at hand is of public interest and when the aggrieved party is a government official or the government itself, which through the executive branch can arrest and imprison a citizen pending trial rather than as a result of a court decision. Arruri said that the executive branch's repeated use of this detention power makes it necessary for the Palestinian legislature to pass a law decriminalizing defamation.

“The detention of journalists and public figures on charges of defamation means that the criminal aspect of this law must be rescinded and replaced by financial fines imposed by a court of law. Also, the law should not be applied with regard to criticism of public figures,” he said. Abu Bakr's situation is a case in point.

Abu Bakr was one of 45 Fatah members elected to the 132-member PLC in the 2006 elections. Abu Bakr is outspoken about corruption in the government and has threatened to reveal documents damaging to a number of officials. She has been holed up on the premises of the PLC in Ramallah since Feb. 25, for fear of being arrested should she leave the grounds. Human rights groups have criticized the effort to arrest her.

The Palestinian attorney general wants to question Abu Bakr about statements she made accusing Municipal Affairs Minister Hussein al-Araj of illegally receiving 800,000 shekels (about $200,000) in public funds to invest in private water wells. Araj has strongly denied the allegations and offered explanations of what actually transpired. Araj claims that wells he owned had been rehabilitated, along with many others, after the submission of official tenders and with the authority of the Water Authority and Ministry of Agriculture during 2009-10. Meanwhile, the attorney general has began proceedings against Abu Bakr for defamation. According to one report, the attorney general issued an arrest warrant Feb. 25, the day Abu Bakr fled to the PLC compound.

A source in the Palestinian Prime Minister’s Office who requested anonymity expressed unease about the situation, but said nonetheless that the government is required to carry out the law. “In this case, and according to the existing law, we have no choice but to insist on the need to bring Abu Bakr in for questioning,” said the source.

The Palestinian Basic Law and ongoing regulations consider defamation a criminal offense, thus allowing for the arrest and detention of individuals accused of breaking the law. Human rights activists in Palestine and the region want defamation to be treated as a civil matter, not a crime.

Toby Mandel, executive director of the Canada-based Center for Law and Democracy (CDL), told Al-Monitor that the issue is also addressed in international humanitarian law. “Under international law, it is clear that imprisonment is not an appropriate response to defamation, which should be a civil rather than a criminal matter. Using the organs of the state and heavy-handed methods such as pretrial detention and the possibility of imprisonment as a sanction is far too heavy-handed and fails to strike an appropriate balance between protecting reputations and respecting the human right to freedom of expression,” Mandel said.

A conference of Arab and international experts co-sponsored by the CDL in Beirut in 2014 resolved that countries should consider decriminalization of defamation, asserting, “Defamation and related laws should protect only the reputations of individual legal and natural persons, not including public bodies. … In no instance should imprisonment be available as a sanction for defamation and countries in the region should consider the complete decriminalization of defamation.”

Abu Bakr has become a local hero, garnering headlines and the support of various groups, including the Hamas leadership in Gaza. In Abu Bakr's case, the government’s reaction toward a member of parliament appears to stem from political considerations.

Palestinian press reports claim that Abu Bakr is said to be close to Mohammed Dahlan, the renegade Fatah leader who has been involved in an ongoing, bitter feud with Fatah Chairman and Palestinian President Mahmoud Abbas. Tensions between the men have increased in anticipation of the upcoming seventh Fatah conference, the date still to be announced.

That Abu Bakr is an elected legislator and therefore entitled to immunity from prosecution does not appear to be protecting her, although the Palestinian police, which are insisting on her arrest, have so far refrained from forcefully entering the PLC to detain her.

Criminalizing defamation has become a powerful tool for silencing dissent among Palestinians opposed to Abbas' leadership. Najah University professor Abdel Sattar Qassem was arrested Feb. 2 on defamation charges stemming from a statement he made on a television news program. On Jan. 27, Qassem had done an interview with the Beirut-based Al-Quds TV in which he called for limiting the term of the Palestinian president and cited the need to apply revolutionary justice against traitors. He was released five days later, on Feb. 7, by a court order.

The effort to decriminalize defamation has made great strides in many parts of the world, especially in developing countries where the line between genuine attempts at adjudicating defamation and political witch hunts is often blurred. The shortest and most logical way to prevent defamation from being abused for political purposes is to decriminalize it while ensuring the rights of the person or group injured by defamatory speech to seek monetary compensation. There should be no prison time for the speaker. Palestinian leaders have the opportunity to take the courageous step of amending the existing criminal law on defamation and replacing it with civil litigation to halt the practice of imprisoning people for what they say.