Is Russia leaning away from Palestine?

Russia recently described Palestinian attacks against Israelis as terrorist attacks, which might indicate a change in what Palestinians regarded as Moscow's balanced position. 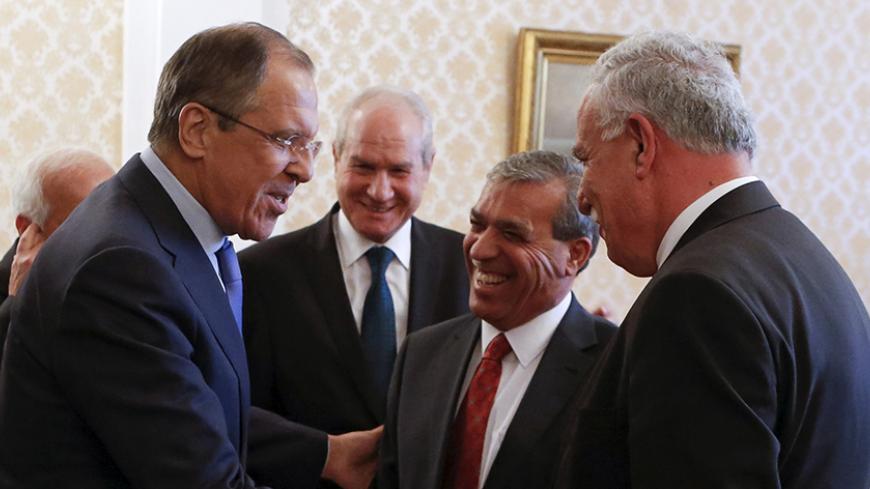 Six months into the Palestinian uprising, Russian politicians seem to have shifted their position regarding the unrest. Having initially described the situation between Palestinians and Israelis as a state of tension that must end, Russians now are referring to Palestinian attacks on Israelis as acts of terror.

Back in October, the Russian Foreign Ministry issued a statement expressing its deep concern about the growing tensions and the escalating wave of violence between the Palestinians and Israel, calling on both parties for self-control. Perhaps the Russian position aligned with the generally accepted balanced positions of the diplomatic Quartet on the Middle East (United Nations, United States, Russia and the European Union) regarding Palestinians and Israelis.

However, on March 8, Russia issued a statement addressing a stabbing attack by a Palestinian in Jaffa that killed an American Jew and injured four Russian Jews: “Moscow strongly condemns these terrorist attacks targeting civilians, whatever the reasons behind them." Then on March 9, the Russian Foreign Ministry expressed an unprecedented position in its diplomatic statement, strongly condemning what it called Palestinian terrorist attacks against Israelis.

Abdel Hafiz Nofal, the Palestinian ambassador to Russia, told Al-Monitor by phone from Moscow, “There is no change in the Russian position toward the Palestinians. We have a deep-rooted relationship with the Russians, and today Russia plays a major role in world politics. Russia’s intervention in Syria [in September] gave a strong indication of the great role it began to take.”

Nofal added, "Russia may have described the Palestinian acts as terrorist operations because Russian Jews — who represent 20% of Israel’s population — were killed [in the latest stabbing]. But this does not necessarily mean a strategic shift in Russia's support for the Palestinians, knowing that Russia’s intervention and then withdrawal from Syria might serve as a [foundation for] solving the Palestinian cause and the withdrawal of Israel from the Palestinian-occupied territories."

Bassem Naim, a Hamas foreign relations official and head of the Council on International Relations in Gaza, told Al-Monitor, “Russia is a great country that is mainly looking after its interests in the region. It believes the Palestinian territories occupied in 1948 are part of the State of Israel, and it does not see armed Palestinian acts within these borders as legitimate acts of resistance.”

He added, “Russia believes that its rapprochement with Israel serves as a door to its relations with the West. This change in Russia’s stance reflects the weak Palestinian diplomacy and its dwindling effect on the Russian policy.”

Russia might be the world's only superpower to have positive and close relations with Hamas since the latter won the 2006 legislative elections and the Hamas leadership officially visited Moscow for the first time in March 2006. On Aug. 3, 2015, Hamas political bureau leader Khaled Meshaal welcomed Russian Foreign Minister Sergey Lavrov in Qatar and discussed developments in the Palestinian issue and prospects for reconciliation between Fatah and Hamas. Lavrov in turn invited Meshaal to visit Moscow, though Meshaal hasn't made the trip yet.

Meanwhile, Russia Today’s correspondent in Gaza, Saed Swerky, told Al-Monitor, “The channel’s administration always insists on getting Hamas’ narrative from various political events in order for it to be neutral and balanced. The channel believes Hamas is a national, free Palestinian movement that has the same status as the left-wing, pro-Russian Palestinian factions such as the Popular Front for the Liberation of Palestine and does not see Hamas as a version of the Islamic State or Jabhat al-Nusra.”

The Russian intervention in Syria in September, and then its sudden withdrawal in March, and the Russian-Israeli coordination there might have raised concerns among Palestinians about the possibility of a rapprochement between Tel Aviv and Moscow at the expense of the Palestinian cause. Such a rapprochement could lead to Russia taking direct positions of support for Israel on the one hand, or positions less supportive of Palestinians on the other, or even the Russian diplomacy simply paying less attention to the Palestinian cause.

But Nashat Aqtash, a journalism professor at An-Najah National University in Nablus in the West Bank, told Al-Monitor, “The recent Russian position regarding the intifada and describing its acts as terrorism do not come as a surprise. Russia is Israel’s ally more than it is the Palestinians’, and wrong are those who believe otherwise. Russia was the second country in the world to recognize Israel immediately upon its establishment on the land of Palestine in 1948.”