So IS is committing genocide. Now what?

Congress expects the secretary of State's determination to mean something. 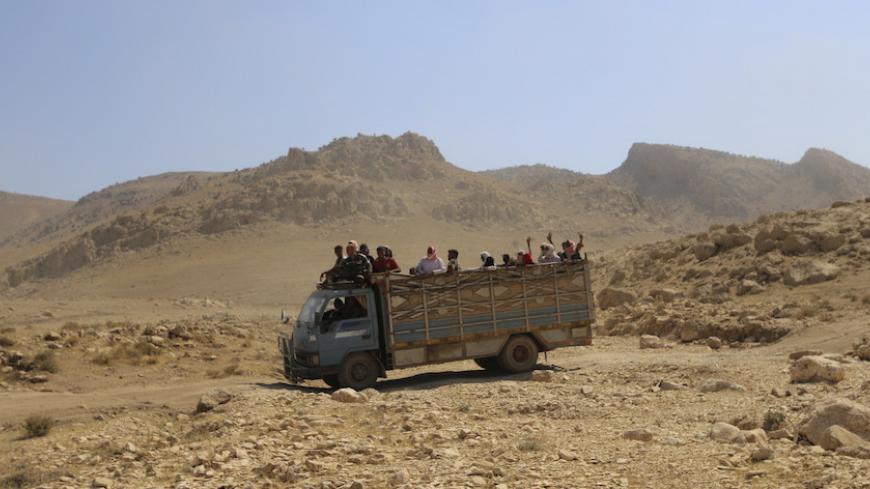 Displaced people from the Yazidi religious minority ride on a truck as they are evacuated from Mount Sinjar in northern Iraq with the help of members of the Kurdish People's Protection Units, as they make their way toward Newrooz camp in Syria's Hasakah province, Aug. 13, 2014. - REUTERS/Rodi Said

Lawmakers of both parties applauded Secretary of State John Kerry's March 17 determination that the Islamic State (IS) is committing genocide.

Now they're demanding he do something about it.

"It would be travesty if we were to mistakenly take solace in this designation, if the designation did not then yield some sort of action," Sen. Marco Rubio, R-Fla., said in a statement after returning to Congress following his withdrawal from the presidential race. "It is time for US assistance to be better targeted to help these persecuted communities and to ensure that they are not lost in the human chaos left in the wake of Syria’s devastation and Iraq’s instability."

Kerry made the announcement at the State Department, in keeping with a congressional mandate despite earlier warnings that he would blow the deadline. Some sources expected the State Department to limit its finding of genocide to Yazidis, but Kerry also included Christians and Shiite Muslims in his determination against the terrorist group, also known as Daesh.

"My purpose in appearing before you today is to assert that, in my judgment, Daesh is responsible for genocide against groups in areas under its control, including Yezidis, Christians, and Shia Muslims," Kerry said. "Daesh is genocidal by self-proclamation, by ideology, and by actions — in what it says, what it believes, and what it does. Daesh is also responsible for crimes against humanity and ethnic cleansing directed at these same groups and in some cases also against Sunni Muslims, Kurds, and other minorities."

The State Department, however, has made it clear that the finding doesn't create any legal obligations for further action. And Kerry's own determination was preceded by a lengthy recap of US military actions against the Islamic State, suggesting that the Obama administration may resist immediate pressure to do more.

"Acknowledging that genocide or crimes against humanity have taken place in another country would not necessarily result in any particular legal obligation for the United States," spokesman Mark Toner said this week. "However, we have joined with the international community in recognizing the importance of protecting populations from genocide, crimes against humanity, ethnic cleansing, war crimes."

Business as usual won't cut it with House lawmakers, who voted 393-0 March 14 on a resolution denouncing the actions of IS as genocide. They all want something to be done, but don't agree on what that should be.

The House vote may have "nudged" Kerry to act, said Rep. Brad Sherman, D-Calif., but now the ball is in the hands of administration officials who favor enhanced military action against oil tankers, electricity grids and other potential targets.

That's exactly the worry for a small minority of members.

Rep. Tulsi Gabbard, D-Hawaii, joined the vote on the genocide resolution but later expressed misgivings because a section blaming Syrian President Bashar al-Assad for fueling the violence was added in. She also joined two other House members in voting against an accompanying resolution calling for the creation of an international tribunal to go after Assad and other alleged perpetrators of war crimes in Syria.

"The reality is that the language added to this resolution … is really aimed at justifying the overthrow of Assad — the result of which would be a complete assault and elimination of the Christians and other religious minorities in Syria," Gabbard said in a statement. "The reality is that if the Assad government is overthrown tomorrow, every Christian, every Yazidi, and every other religious minority and ethnic minority in Syria will be in greater danger than ever before from [IS], al-Qaeda, and others who are slaughtering them."

Rep. Chris Smith, R-N.J., the author of the war crimes resolution, made clear that he will continue to push for legal action against Assad. He believes Assad is fueling the sectarian resentment that empowers IS and other radical groups, and that defeating them will require his removal and the prosecution of human rights violators on all sides of the conflict.

"There are a number of options," he told Al-Monitor. "But immediately, we should get an international tribunal."

Most lawmakers are clearly focused on IS for now, however.

"I hope that there's an opportunity to debate an authorization to use military force, something that we should have debated months ago," Deutch told Al-Monitor. "Now that we've identified what's happening, we need to make sure that we have the debate about the proper way to stop it."

Many members on both sides of the aisle want to see a stepped-up military campaign, said House Armed Services Chairman Mac Thornberry, R-Texas. But they can't force US President Barack Obama to act if he doesn't want to.

"A lot of folks on both sides of the aisle in our committee have been pushing the administration to do more against [IS]. Does this announcement change that? I don't know that it does," Thornberry told Al-Monitor. "The president is still commander in chief; he's got to make the decisions to allow for greater effort."

Rep. Adam Schiff, D-Calif., agreed there's no indication that Kerry's announcement would prompt the creation of a US-protected safe zone in Syria, for example.

"I think the reservations the president has against going forward with that aren't likely to be overcome by this," he said. "I think the biggest impact of the genocide declaration will be on the external nations and their efforts to redouble protections for vulnerable populations."

Rep. Anna Eshoo, D-Calif, the only Assyrian-American in Congress and an original co-sponsor of the genocide bill, said one of the countries that must do more is Iraq. Some advocates of the legislation have called for the creation of a Christian safe-zone in Ninevah province, but Eshoo has stopped short of that.

"What are the pragmatic steps that need to be examined in order for these religious minorities to be able to exist? That's a question that needs to be answered both by the United States and certainly in Iraq by the government, because these are their own people," Eshoo told Al-Monitor. "The Iraqi government has to recognize the high value that these religious minorities bring to their own society."