A look at the Middle East issues Congress will be addressing the week of Feb. 29. 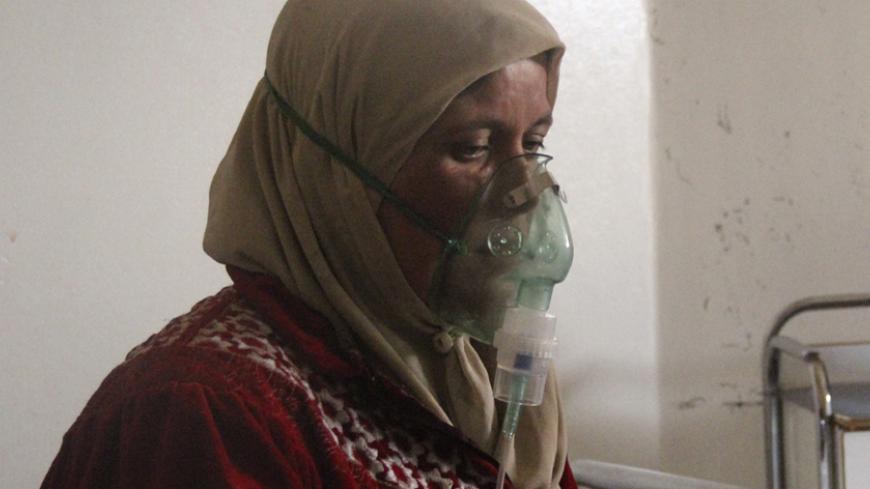 A woman, affected by what activists say was a gas attack, breathes through an oxygen mask inside a field hospital in Kfar Zeita village in the central province of Hama, April 12, 2014. On March 2, the House Foreign Affairs panel will discuss the creation of a war crimes tribunal to investigate and prosecute violations committed by the Syrian government. - REUTERS/Stringer

Congress is setting its sights on Bashar al-Assad and his regime amid concerns that the Obama administration has all but given up on deposing the Syrian strongman.

The House Foreign Affairs panel on March 2 is set to mark up a resolution from Rep. Chris Smith, R-N.J., calling on the Obama administration to push for the creation of a war crimes tribunal to investigate and prosecute violations "whether committed by the officials of the Government of Syria or other parties to the civil war." The move comes as Republicans and some Democrats are convinced that Secretary of State John Kerry is caving in to Russian demands to keep Assad in power.

"There is the potential to move forward in a way that would push back the gains both made by [the Islamic State] and by the Assad regime, but that would require leadership," committee chairman Ed Royce, R-Calif., told Al-Monitor in an interview last week. "It would require cutting off material support for the Assad regime and increasing pressure on key players aligned with the regime and further isolating those involved in war crimes. How about making it clear that the hundreds of thousands of people who were killed by Assad because of chemical weapons and barrel bombs, that that constitutes war crimes? It takes that kind of leadership."

The committee is also scheduled to take up a resolution calling the persecution of Christians and other religious minorities in Syria and Iraq a "genocide" and urging that perpetrators be brought to justice. The resolution, from Rep. Jeff Fortenberry, R-Neb., and Assyrian-American congresswoman Anna Eshoo, D-Calif., is championed by a coalition of religious freedom organizations that hope to spark a global movement to create a safe zone for Middle East Christians in their historic homeland of the Ninevah plains of Iraq.

Also on March 2, the committee's global health panel will hold a hearing with a panel of public health experts on "the growing threat of cholera and other diseases in the Middle East."

“The conflicts in the Middle East are having a hugely negative impact on health in the region, especially in light of the targeting of health workers and health facilities by terrorists," Smith, the panel's chairman, said in a statement. "A year-long cholera outbreak in 2015 may have abated, but ongoing fighting and rebel control of large, unaccountable areas prevent us from being certain. This hearing will examine the status of cholera and other disease outbreaks in the region to determine the most effective US policy options to meet this threat."

On March 1, the Senate continues its oversight of the Obama administration's FY 2017 budget request for the State Department and foreign operations with a hearing of the Foreign Relations Committee's management panel.

And on March 3, the Senate Judiciary Committee has scheduled a markup of legislation from panel member and presidential candidate Ted Cruz, R-Texas, to strip convicted terrorists of their US citizenship.

Finally, the full House kicks the week off Feb. 29 by taking up a resolution calling on Iran to do more to find and return missing American Robert Levinson to the United States.