The recapture of Palmyra by the Syrian government has Iranian officials and media optimistic about the direction of Syria’s civil war. 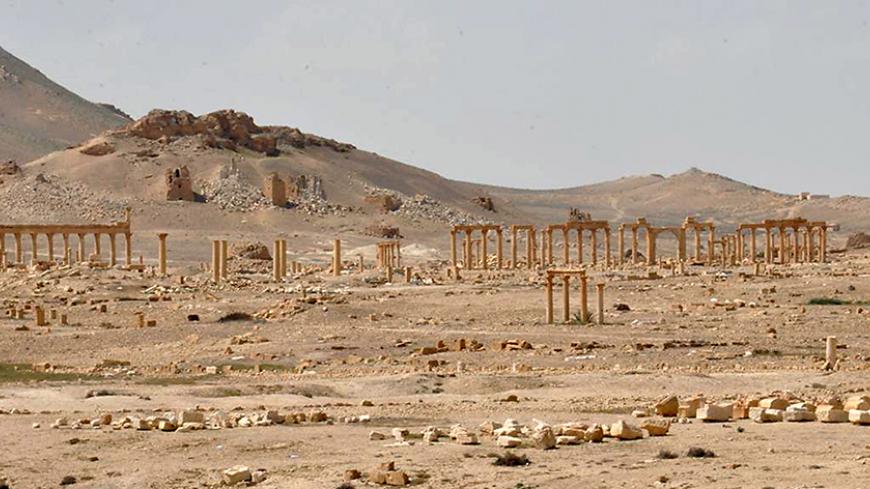 Just two weeks after Russia announced it would be withdrawing the majority of its troops from Syria, Iranian media and officials seem upbeat about the progress against the opposition to the Syrian government and Russia’s involvement in the Syrian civil war.

“The situation in Syria is very good,” Mohammad Ali Jafari, commander of the Islamic Revolutionary Guard Corps (IRGC), said March 28. “Even taking into account the cease-fires that are underway, there is no change in policy by Russia and it is in coordination with the resistance front.”

The shift toward more optimism is the result of government troops' — backed by Russian airstrikes and Hezbollah — retaking the ancient city of Palmyra. When Islamic State (IS) militants took over the city in May 2015 and destroyed ancient sculptures, it caught the attention of the world media.

Palmyra is important to the identity of the Syrian government due to its ancient history, according to Iranian analyst Sadollah Zarei, who often writes for hard-line media outlets. He said that the loss for IS in Palmyra, and the retreat of other armed groups in parts of Quneitra and Aleppo, will have a “psychological impact.”

According to Zarei, the idea present in Western circles that Russia would partially withdraw as some sort of agreement with the United States ahead of the Geneva talks and end its previous agreements with Syria was not true. However, despite his claims, the sudden Russian withdrawal did surprise a number of Iranian media outlets.

On the Geneva talks between the various factions and the Syrian government, Zarei said, “There is serious doubt that they will ultimately determine the fate of the Syrian crisis.” Zarei’s reasoning was that terrorist groups such as Jabhat al-Nusra, al-Qaeda’s affiliate in Syria, and IS hold considerable territory and that these groups are not part of the process.

Asked if the attack on Brussels would impact the West’s decision on the ouster of Syrian President Bashar al-Assad, Zarei said he believes that while these attacks by IS will continue in an attempt to make up for its battlefield losses in Syria and Iraq, he believes ultimately that Israel and the United States want Assad’s ouster and this position will not change.

Other officials struck a victorious tone in response to Palmyra. In a message congratulating Assad, the secretary of Iran’s Supreme National Security Council, Ali Shamkhani, said, “The will of the Syrian nation, government and military in cleansing territory occupied by terrorists is honorable and praiseworthy.” He added, “This courage and dedication will be recorded in the history of the region.”

Shamkhani also said that Syria should be held up as “a successful example of standing up against conspiracies and proxy wars.”

Much of Iranian media is looking forward to more victories. Fars News wrote that the retaking of Palmyra is significant because the city “can be counted as the entrance gates of the Syrian army to eastern Syria,” territory largely controlled by IS. According to the article, more than 100 square miles were retaken from IS, and links from Palmyra to other areas such as Deir ez-Zour, Raqqa and al-Qaryatayn have been severed.

Iran's involvement in the Syrian civil war shows no signs of decreasing. Iran's Supreme Leader Ayatollah Ali Khamenei recently met with family members of soldiers who were killed in Syria fighting in the Fatemiyoun Brigade — a largely Afghan Shiite militia organized by the IRGC that is fighting on behalf of the Syrian government. Iranian media reported that the family members were given a signed copy of the Quran.