IRGC commander: We are not pulling troops from Syria

Following the firing of two ballistic missiles, an Iranian commander said that US pressure would only bring about more tests and said Iran would continue sending troops to Syria. 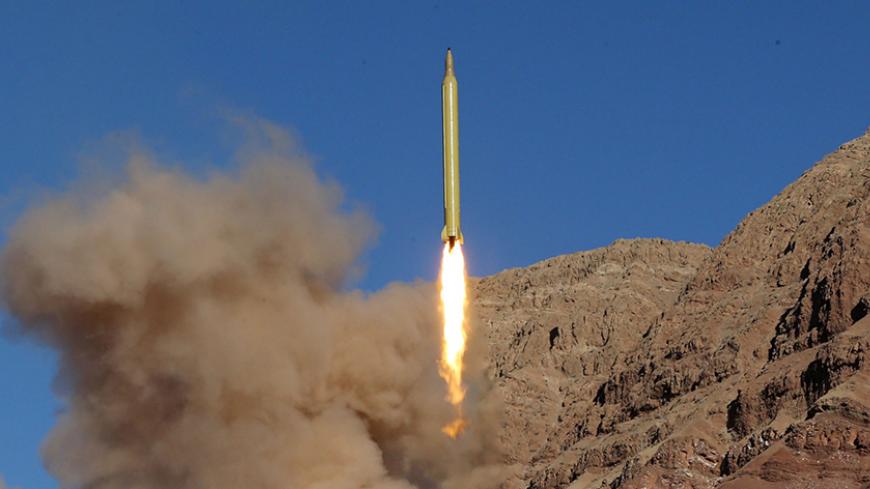 Russia’s entrance into the Syrian civil war in September began a large-scale offensive coordinated among Russia, the Syrian army, Hezbollah and Iranian forces against armed organizations opposed to the government of President Bashar al-Assad. The number of Iranian casualties has since dramatically increased, and Western media have speculated about how long Tehran would continue to send what it calls “advisers” to the frontlines.

At a March 9 press conference, Amir Ali Haji-Zadeh, commander of the Islamic Revolutionary Guard Corps (IRGC) Aerospace Force, rejected all notions about troop withdrawals. Haji-Zadeh said, “We are with the people of Syria, but the rate of our help to the government and people of Syria is based on the request of the government of Bashar al-Assad.” He added that there has been no suspension in deploying troops to Syria.

Haji-Zadeh called the press conference to discuss the IRGC’s highly publicized testing of ballistic missiles that day. According to Haji-Zadeh, the missiles were launched from the Alborz Mountains, in the north, and traveled approximately 1,400 kilometers (870 miles) to the southeast of the country. Haji-Zadeh, IRGC commander Mohammad Ali Jaffari and deputy IRGC commander Hossein Salami were present at the launches, the second such tests in two days.

US officials have said they plan to respond to the missile tests. It is possible they will apply sanctions against individuals or companies working on Iran's ballistic missiles. UN Security Council Resolution 1929 (2010) prohibits Iran from activities involving ballistic missile technology.

Based on Haji-Zadeh’s comments at the press conference, the IRGC is already expecting a US reaction. “However much the enemy increases pressure and sanctions, the response of the IRGC will be increased,” he said. “After the nuclear deal, the enemy has targeted Iran’s national security, and the sanctions are meant to weaken Iran.”

The launches were Iran’s first ballistic missile tests since the Jan. 16 “implementation day” for the nuclear deal. The Fars News Agency wrote that the tests “were a clear answer” to actions taken to counter Iran’s defensive capabilities. One day after implementation day, the United States sanctioned 11 people and companies affiliated with Iran’s ballistic missile program.

When asked if ballistic missiles were being developed with Israel in mind, Haji-Zadeh said, “The Zionist regime is at the end of the line, and its life will not be long.” He added, however, “I believe that to get rid of the Zionist regime, missiles are not necessary, and over time, they will collapse and fall.” The notation “Israel will be wiped from the pages of time” was written in Hebrew on the missiles.

Haji-Zadeh stressed that Iran would not start a war, but that its leaders take its enemies seriously. He said, “[The] evils of the Zionist regime are clear for everyone, [and] the reason for designs of missiles with a 2,000-kilometer range is because of [Israel].” He also asserted, however, “Our primary enemy is America.”

The press conference was not without some of the partisan mockery that perhaps exemplifies the two competing political directions in the country. Before the launch, reporters and commanders posed in front of a missile. One IRGC commander reportedly said, “Some take pictures with a French Airbus, but we take pictures with Iranian domestic products that are a source of Iranian pride and dignity.”

The comment was in reference to a photo that went viral showing a group of Iranians posing in front of an Airbus at the Mehrabad airport. With the lifting of sanctions as a result of the efforts of President Hassan Rouhani's administration, Iran is scheduled to buy more than 100 Airbus passenger planes. Some have criticized the individuals for taking part in the picture, accusing them of acting as if it were the first automobile to arrive in the country.