Hamas appears to be making an effort to repair relations with Egypt, but it’s unclear whether the road runs both ways. 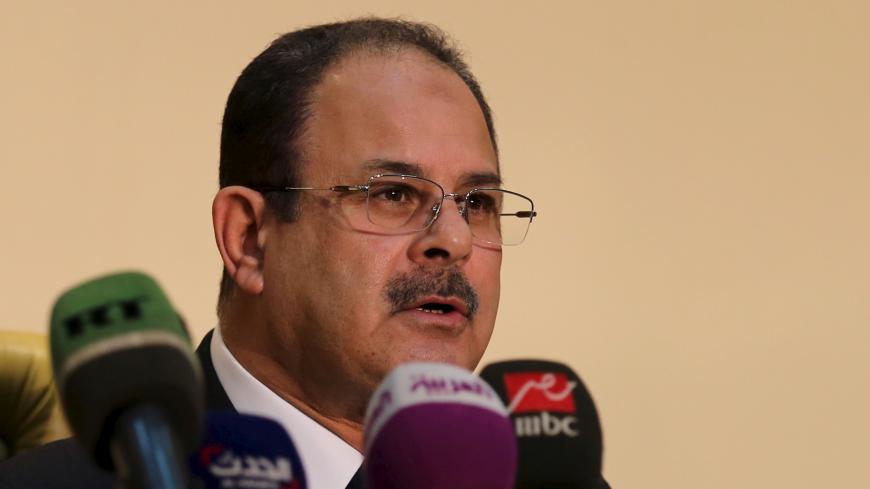 About nine months after the assassination, on March 6, Egyptian Interior Minister Magdi Abdel Ghaffar said at a news conference, “The Palestinian Hamas movement trained for and planned the attorney general’s assassination, which was carried out by members of the Muslim Brotherhood in Egypt in coordination with members who had fled to Turkey.”

The statement made by the Interior Ministry dealt a new blow to the relationship between Egypt and Hamas. In February 2015, an Egyptian court declared Hamas to be a terrorist movement. However, the Court of Urgent Matters retracted the ruling in June.

A pivotal change occurred March 12, when a Hamas delegation arrived in Cairo to discuss the accusations. The delegation met with officials of the Egyptian intelligence services. Reports differ on the outcome.

After their meeting, Mousa Abu Marzouk, who was heading the Hamas delegation to Cairo, said, “The delegation's visit opened a new page with a friendly discourse with our brothers in Egypt,” emphasizing “our commitment to Egypt’s security and … our noninterference in its internal affairs.”

Adviser Ahmed Abu Zeid, a spokesman for the Egyptian Foreign Ministry, told Al-Monitor, “Egypt's commitment to support the Palestinian cause is consistent and authentic.”

Meanwhile, Tarek Fahmy, head of Israeli studies at the National Center for Middle East Studies, noted, “We must distinguish between the security position and the political position in how Egypt deals with Hamas.”

Fahmy told Al-Monitor, “Before the Egyptian interior minister announced Hamas’ involvement in the assassination of the attorney general, there were a number of security contacts between Egypt and Hamas to hold a meeting in Cairo with the general intelligence services, but these efforts were temporarily obstructed after the interior minister’s announcement.”

He added, “Hamas wants to show the Arab world that Egypt is a divided nation and the intelligence services are converging with Hamas, while the Interior Ministry is rejecting it. Nevertheless, Egypt insists on keeping a thin thread of the relationship with Hamas. The evidence shows that the Urgent Matters Court rejected Hamas’ classification as a terrorist movement.”

Fahmy denied that Egypt seeks to make new efforts in the national reconciliation between Fatah and Hamas. “If Palestinians do not do what is in their interests, Egypt will not do it for them,” he said, adding, “Egypt’s foreign policy is preoccupied with dossiers that are more important than the Palestinian reconciliation.”

Palestinian political analyst Osama Shaath told Al-Monitor that Hamas has let down the Egyptian leadership during the reconciliation efforts. “It has become very difficult now for Egypt to intervene in the Palestinian national reconciliation,” Shaath said.

“The reconciliation case is a source of concern for Egyptian security more than anything else, because Egypt wants to be reassured about its eastern border in Sinai and will deal with any reconciliation that takes place.”

Yet Shaath did not seem optimistic, citing the latest Egyptian involvement in the reconciliation. He said, “Egypt intervened in September 2014 after the end of the war on Gaza” and reached agreements between the PA and Hamas. “Yet, the movement ruling the Gaza Strip did not abide by them, and at the time Egypt was disappointed” and has not gotten involved since then.

He added, “In 2011, [Hamas political leader] Khaled Meshaal commissioned [Palestinian President] Mahmoud Abbas to negotiate with Israel for a year. Then Mahmoud al-Zahar, a leader of Hamas at home, rejected what Meshaal said.”

Shaath advised Egyptian officials who want to see the reconciliation succeed to turn to Saudi Arabia for help because it is the only party capable of bringing about a solution satisfactory to all parties by exerting pressure on Hamas.

“Egypt should address Hamas inside Gaza because it is the key player in solving the crisis,” he said.

Only 15 days after the first meeting between Hamas and Egyptian intelligence in Cairo, the Hamas delegation returned to Egypt on March 27.

According to a Hamas statement on the day of the visit, the delegation returned to inform Cairo of the movement’s responses to the proposals it received in the first round of dialogue on March 12, and to answer questions posed by Cairo during the previous visit.

Despite the secrecy imposed on the talks between Cairo and Hamas, the latter has demonstrated a willingness to cooperate with the Egyptian state to improve the relations between the two. Ties have been deteriorating since June 2013 and the strained relationship harms the Gaza Strip significantly, especially when it comes to the Rafah border crossing, which Egypt rarely opens from its side.

In the same vein, Hamas’ recent visit to Cairo doesn’t necessarily mean that relations will improve — this depends rather on the extent to which Hamas will respond to the Egyptian authorities’ demands. 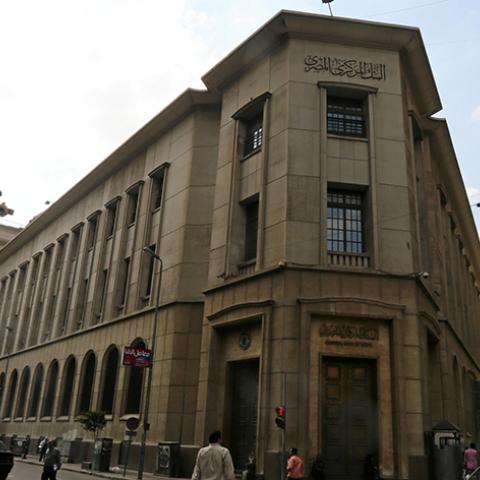