The United States and Russia have reached an agreement on a cessation of hostilities in Syria, to go into effect Feb. 27, yet the plan excludes both the Islamic State and al-Qaeda-linked Jabhat al-Nusra. 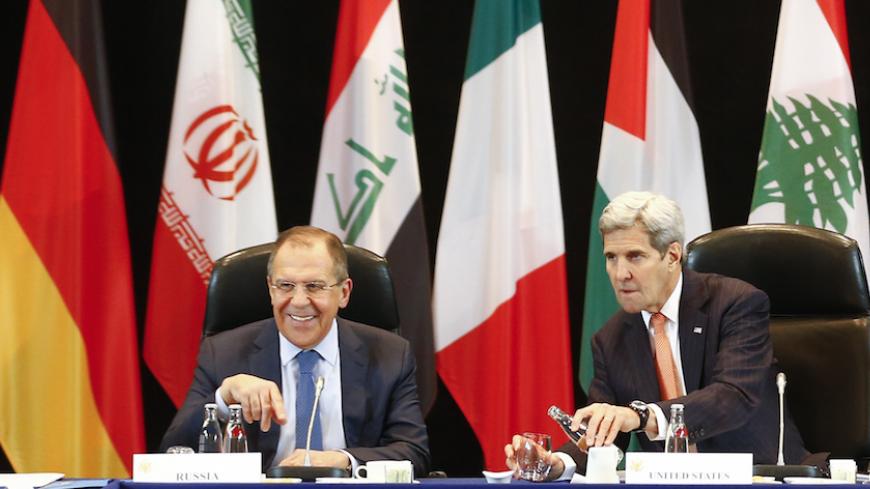 WASHINGTON — The United States and Russia reached agreement on a partial Syria truce to go into effect Feb. 27, after intensive Russian-American negotiations in Geneva culminated in a phone call Feb. 22 between US President Barack Obama and Russian President Vladimir Putin.

Under the complex “cessation of hostilities” agreement, announced in a US-Russian joint statement after Obama and Putin spoke by phone, the warring Syria parties, with the exception of the Islamic State (IS) group and al-Qaeda-linked Jabhat al-Nusra, have until noon Feb. 26 Damascus time to inform the United States or Russia whether they intend to accept the truce deal.

Those Syrian parties and armed groups (minus IS and Jabhat al-Nusra) that accept the “cessation of hostilities” will not be targeted by the Syrian-, Russian- or US-led anti-IS coalition militaries, the joint agreement states. The United States and Russia, which co-chair the International Syria Support Group (ISSG) cease-fire task force, will map out where Jabhat al-Nusra, IS and other groups are and set up a communications hotline in order to try to adjudicate if and when there are violations of the truce terms, the State Department said, as officials acknowledged there were still procedural details to be finalized and much mistrust and skepticism about a way out after five years of brutal conflict.

“We are all aware of the significant challenges ahead,” Kerry said Feb. 22 in a statement welcoming the agreement. “This is a moment of promise, but the fulfillment of that promise depends on actions.”

Putin, announcing the deal in a special broadcast on Russian television, expressed optimism that it could help end the Syrian crisis.

“I’m convinced that the joint actions agreed with the American side are able to radically transform the crisis situation in Syria," Putin said in remarks posted to the Kremlin website.

American and Russian “negotiators have held several rounds of closed consultations,” the Russian leader said. “As a result, they have managed to reach an important agreement.”

"Before noon on Feb. 26, 2016, all warring parties in Syria must reaffirm either to us or our American partners their commitment to a cease-fire,” Putin said. “Russian and American military will map out the areas on which such groups operate. The military operations of the armed forces of the Syrian Arab Republic, the Russian armed forces and the US-led coalition will not be conducted against them. The opposition, in turn, will stop military operations against the armed forces of the Syrian Arab Republic and the groups supporting them.”

IS, Jabhat al-Nusra and any other organizations designated by the UN Security Council as terrorist groups are "completely exempt" from the cease-fire, Putin added. "The attacks on them will continue.”

"Russia will conduct all the necessary work with Damascus — the legitimate administration of Syria,” to secure its compliance, Putin said. “We hope that the United States will do the same with their allies and the groups that supported them.”

The Syrian opposition High Negotiations Committee (HNC), after meeting in Riyadh with US Syria envoy Michael Ratney on Feb. 22, offered cautious acceptance for the cease-fire terms, but pressed several conditions.

After HNC General Coordinator Riad Hijab presented the results of his consultations with the armed factions, the HNC "agreed to consent to international efforts aimed at reaching a cessation of hostilities, to be achieved through international mediation, with provisional guarantees that Russia, Iran and militias will be held responsible to cease artillery and aerial bombardments against civilians,” the HNC statement said.

But the HNC is skeptical, the group said. “Dr. Hijab said he does not expect the Assad regime, Russia and Iran to cease hostilities, due to their realization that the regime's survival depends on the continuation of its campaign of oppression, killing and forced displacement,” the statement continued.

“Russia, in particular, must honor this agreement by ending its attacks on Syrian civilians and moderate opposition groups, and by using its influence to ensure the Syrian regime does the same,” Hammond said. “It is now time for action, not words.”

Former US Syria envoy Robert Ford said he wants to be hopeful about the cease-fire deal, but he has concerns.

“Mechanically, [it is] hard to see how this works if Russians keep bombing non-IS targets,” Ford told Al-Monitor. “Either the Russians have excellent precision bombs, in which case they committed war crimes bombing civilian sites like hospitals, or they have poorly aimed bombs, in which case their bombing runs will inadvertently hit units near Jabhat al-Nusra. Or they will say they erred.”

“We need cessation to defuse the Turk-Russian standoff along [the] Turkish-Syrian border," Ford said.

US officials said it involved intense, personal diplomacy, particularly between Kerry and Lavrov, who spoke a few times over the weekend while US and Russian teams met in Geneva.

“The deliberations” were happening “at all hours,” one US official, speaking not for attribution, told Al-Monitor earlier Feb. 22 of the US-Russian negotiations. “Sounds like it was a lot of personal diplomacy between Kerry-Lavrov and Obama-Putin.”