How Syria's earliest refugees are about to become Turkish citizens 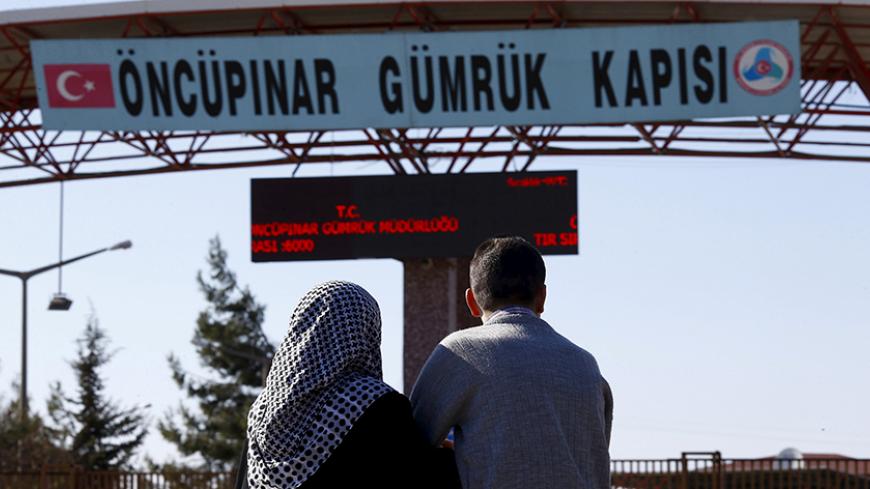 Two Syrians wait on the Turkish side of the Oncupinar border crossing for their parents to arrive from Syria, on the Turkish-Syrian border in the southeastern city of Kilis, Feb. 8, 2016. - REUTERS/Osman Orsal

The first group of Syrian refugees in Turkey will be able to seek citizenship — and the right to vote and run for office — beginning in April.

Five years ago, the first 252 refugees arrived. Turkey initially agreed to accept a maximum of 100,000, and many people at that time thought there would never be that many refugees. But the flow gained momentum and by the end of 2012, 150,000 Syrians had crossed into Turkey.

As time passed, millions of Syrians sought refuge in Turkey as well as Jordan and Lebanon. On Feb. 5, President Recep Tayyip Erdogan announced the latest numbers: "From Syria alone we received 2.7 million, and from Iraq, 170,000 refugees,” he said.

Those first 252 arrivals will complete the five years of continuous residency required to seek Turkish citizenship on April 29. Every day thereafter, that number will grow. By 2019, when three elections are scheduled, the refugees who arrived in 2014 will be eligible. A Syrian human rights organization estimated there were 1.9 million Syrian refugees in Turkey at that time.

After they apply, they must be approved by the Council of Ministers, according to Hikmet Sami Turk, the former minister of justice and a professor of constitutional law. "Once they are granted citizenship, then they also get the right to elect and be elected," he said. "Not only Syrians, but we have those who have come from Iraq, Pakistan, Afghanistan and Libya. The same applies to them.”

The three contests set for 2019 are local elections in March, presidential elections in August and general elections in November. If the refugees who are granted citizenship are well organized, there could be Syrian and Iraqi mayors, parliamentarians and city council members. They will have the opportunity to wield political power particularly in provinces where they are concentrated, such as Kilis, Sanliurfa, Istanbul, Gaziantep and Osmaniye.

Will the Council of Ministers respond positively to those applying for citizenship?

With the pending elections, the voting potential of refugees is of keen interest to political parties. No doubt the ruling party — which always reminds refugees that it takes care of them and portrays opposition parties as anti-refugee — will not hesitate to make sure that citizenship applications are approved. There is speculation that the true beneficiary of the potential new voters, who are predominantly Sunnis, will be the ruling Justice and Development Party, because the main opposition Republican People’s Party (CHP) is identified mainly as an Alevi party. Kemal Kilicdaroglu, the current CHP chairman, is an Alevi.

But there are some who claim that the refugees will not be entitled to citizenship. Before the 2014 local elections there were allegations that arrangements were made to allow the Syrians to vote for the ruling party, and the opposition CHP deputy Gursel Tekin openly claimed that the refugees were secretly given citizenship rights.

At that time the Association for Solidarity with Refugees had warned that such allegations were baseless and were making refugees a target of hostility. In a December 2013 statement, the association had even said that refugees cannot be citizens.

It appears that there is confusion between the status of refugees and that of immigrants. The Ankara Strategy Institute issued a statement that read, “Being a refugee is a status that requires the approval of the host country of the request for refuge. An immigrant is a person who has left his country and whose status has not yet been decided, and is therefore undetermined.”

Refugees also have the ability to get married and adopt children, and they can request citizenship by proving they have family members in Turkey. In some cities with a large refugee presence there is a high number of marriages between refugee women and Turkish men.

In summary, the path to the ultimate goal of citizenship appears to be open to those refugees who have been given residence and work permits, who have been issued biometric identification documents and who have had children — some 150,000 of them — in Turkey. That there will be three elections in 2019 surely guarantees support for them from political parties now.