The Syrian opposition said Feb. 1 it would join the Syria peace talks in Geneva to press for an end to sieges and the shelling of civilians. 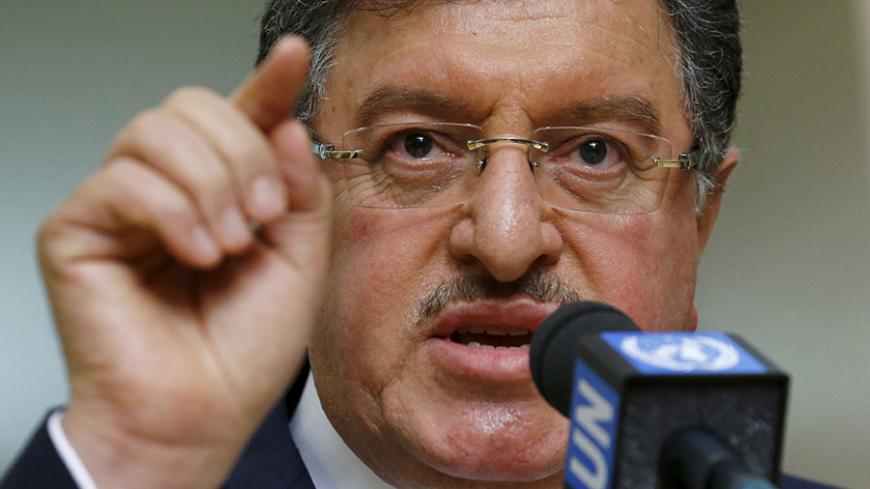 WASHINGTON — Syrian peace talks seemed to pick up pace Feb. 1 after a highly uncertain start, as the Syrian opposition High Negotiations Committee (HNC) signaled it would join the Geneva talks to press for an end to devastating sieges starving millions of Syrians, and for the release of prisoners, especially women and children.

“We have come to Geneva to seek relief for our people by insisting UN Security Council resolution 2254 is implemented, which means humanitarian relief, the lifting of sieges and the end of attacks on civilians,” HNC spokesman Salem al-Meslet said. “We are intensifying our efforts to ensure that action is taken to end the suffering in Syria.”

“As far as we are concerned, [the HNC’s] arrival is the official beginning of the Geneva talks,” UN Syria envoy Staffan de Mistura told reporters after a two-hour meeting with an HNC delegation at the UN in Geneva Feb. 1.

Declaring the official beginning of the Syrian peace talks, de Mistura said it was now up to the 20-member International Syria Support Group (ISSG) to begin parallel discussions on a Syria cease-fire.

The Syrian people have seen “suffering enough; they need to see something concrete” in terms of a reduction in violence on the ground for the talks to succeed, de Mistura said. With the official start of the Geneva talks, the international community should begin to hold serious discussions about a cease-fire, the envoy pressed.

“I am reminding International Syria Support Group members of what they actually indicated, that when talks start, they themselves would start helping in ensuring there would be a discussion about an overall cease-fire in the Syrian conflict,” de Mistura said. “If that takes place, that would be the strongest message of all to the Syrian people” that this round of Syrian peace talks is different from failed earlier attempts.

Foreign ministers from the ISSG, comprised of the United States, Russia, Iran, Saudi Arabia and other key regional players, are expected to meet in Munich Feb. 11, de Mistura said.

The UN envoy acknowledged he would consider it a success if he is able to keep both the Syrian opposition and government delegations in Geneva talking with his team until the international contact group meeting takes place in 10 days time.

Positions have so hardened and fractured in the five-year-old conflict that there are no current plans for face-to-face talks between the two sides, but rather has de Mistura and his team going between the delegations in different rooms.

"I am not discussing people I see,” de Mistura said. “[I am] discussing what they will deliver."

As de Mistura held initial discussions with the HNC, senior US and Russian diplomats met in Geneva Feb. 1 to try to maintain common ground even as they still fundamentally disagree on whether Syria will ever be stable under Bashar al-Assad's regime.

“Assistant Secretary for Near Eastern Affairs Anne Patterson and US special envoy for Syria Michael Ratney met with Russian Deputy Foreign Minister [Gennady] Gatilov today in Geneva to discuss our support for the UN-sponsored negotiations on Syria,” a State Department official said in a statement reading out the meeting Feb. 1.

“Assistant Secretary Patterson underscored the need to work toward a political transition as outlined in UN Security Council Resolution 2254 and urged Russia to use its influence with the Assad regime to push for full humanitarian access to all Syrians in need,” the readout continued. “The two sides agreed to remain in close contact on Syria as the UN-led negotiations proceed.”

Secretary of State John Kerry, currently in Rome for a meeting of the global coalition countering the Islamic State (IS), will travel to London Feb. 3-4 for a UK-hosted international donors conference for Syria. Iran Foreign Minister Mohammad Javad Zarif is also due to be in London Feb. 4, and it seems likely the two would meet.

Separately, Brett McGurk, President Barack Obama’s special envoy for the Global Coalition to Counter the Islamic State of Iraq and the Levant, traveled to Rojava and Kobane, Syria, to meet anti-IS fighters over the weekend, he said on Twitter Feb. 1, posting photos of the trip.

“Spent two days in northern Syria this past weekend to review the ongoing fight against [IS],” McGurk wrote Feb. 1. “Also discussed next steps in Syria campaign with battle-tested and multi-ethnic anti-[IS] fighters.”