Why donor countries are giving less to the Palestinians

The international community has significantly reduced financial aid to the Palestinian Authority as people lose confidence in the peace process. 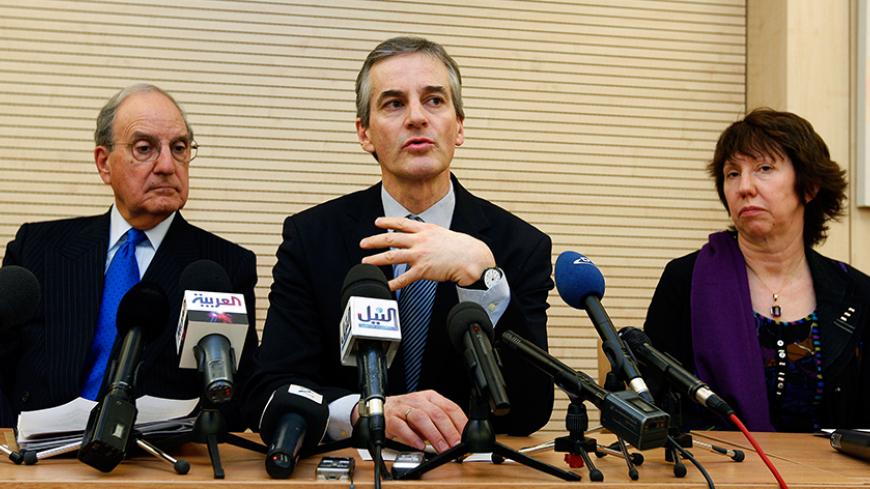 When the Palestinian Authority was established in 1994 pursuant to the 1993 Oslo Accord, the international community undertook to provide it with financial and economic support, amounting to $17 billion since its establishment until today. Most of this support was earmarked for bolstering the Palestinian government’s budget that was primarily used to pay the wages of PA employees, whose numbers exceed 180,000 today, more than 20 years following the establishment of the PA.

However, Palestinian Prime Minister Rami Hamdallah announced Feb. 16 that in 2015, the PA received half the usual aid pledged by donor countries. There has been a sharp decline in foreign assistance, which typically makes up 37% of the Palestinian general budget. Meanwhile, the remaining funds come in through local tax revenues and customs fees to the Israeli side, according to a financial report issued by the Palestine Economic Policy Research Institute-MAS in January 2016.

Palestinian Finance Minister Shukri Bishara said in a Feb. 2 statement that foreign support for the PA has been going downhill. Between 2007 and 2012, this aid amounted to approximately $1.2 billion, decreasing by $200 million between 2013 and 2014.

Bishara explained that foreign aid to the PA witnessed another sharp drop to less than $800 million in 2015. He said Saudi Arabia was the most committed donor among Arab countries, providing aid totaling $241.6 million, followed by Algeria with $52.8 million, while the United Arab Emirates, Qatar, the United States and the World Bank failed to contribute any funds to the Palestinian budget in 2015.

Al-Monitor reviewed the reports of the Palestinian general budget for 2016, which showed that the PA received no more than $750 million in foreign aid in 2015.

Former Palestinian Minister of Planning and Labor Samir Abdullah told Al-Monitor, “The PA is not facing an international decision to completely halt assistance. The stoppage was gradual, as donor countries reduced their aid by a certain percentage every year. The United States, for example, cut aid from $400 million per year to almost zero, and the $500 million per year that Arab countries previously paid declined to only $150 million, while the European Union donated between 500 and 600 million euros [$550-$660 million], which declined to 300 million euros [$330 million].”

It should be noted that these figures are approximate as they change every year according to the donor's abilities.

Declining international support to the PA coincided with reduced international interest in the Palestinian cause, as international decision-makers grew more concerned about other issues such as Syria, Iraq, Yemen, and the influx of hundreds of thousands of Syrian and Iraqi refugees to European countries.

Samir Abdullah, the former minister of planning and of labor, said, “International support for the PA has declined despite the fact that the Palestinian cause and the Palestinian-Israeli conflict may seem more important, from a strategic point of view, to the great powers of the world.”

On Jan. 18, the PA declared that the 2016 budget amounted to $4.25 billion, and estimated that its total revenues would exceed $2 billion, collected as taxes, revenue transfers from Israel and foreign aid.

Nasr Abdul Kareem, a professor of economics at Birzeit University in the West Bank, told Al-Monitor, “The financial crisis suffered by the PA due to a decline of international aid is not new, but has been ongoing since its inception. The PA is almost entirely reliant on foreign aid, and its budgets have experienced deficits for the past 15 years. But this time around, the decline is linked to the existing confrontation between Palestinians and Israelis, and the lack of any forthcoming solutions thereto, which might lead to a stifling financial liquidity crisis for the PA. It should be noted that the EU has been the PA’s main financier for years, paying 45% of all regular financial assistance.”

The PA is fully aware that international aid is not free, but contingent on maintaining the viability of the peace process between the PA and Israel. European taxpayers must be convinced to continue providing aid to the Palestinians. As such, the aid may be further diminished if the peace process were to come to a complete halt.

Yet this situation may be preceded by European efforts to exhaust all political options between Palestinians and Israelis before announcing a complete halt to the peace process and consequently an end to aid provided to the PA. On Feb. 19, France announced it will host a summit between Palestinian President Mahmoud Abbas and Israeli Prime Minister Benjamin Netanyahu in July, in an attempt to revive the peace process and resume negotiations that have been stalled since April 2014.

A European diplomat visiting Gaza told Al-Monitor on condition of anonymity, “The EU may cease its financial aid to the PA in light of the worsening political situation between the Palestinians and Israelis and the lack of a negotiated political process between them. For the EU will not disburse free money in the absence of a peace process that achieves political and security stability in the Palestinian territories, as said peace process is the basis upon which European aid has been predicated since the establishment of the PA.”

The World Bank announced Feb. 12 that the PA’s financial situation was difficult and its economic recovery was slow due to a 60% decline of donor aid, the result of the lack of progress in peace talks between Palestinians and Israelis. On that same date, the International Monetary Fund also announced that foreign aid to the PA had shrunk from $2.7 billion in 2008 to less than $800 million in 2015.

Omar Shaban, the director of Pal-Think for Strategic Studies in Gaza, told Al-Monitor, “The EU was no longer desirous of continuing to pay the wages of the PA’s 70,000 employees in Gaza, who, pursuant to instructions by the PA, no longer reported for work in Gaza after Hamas’ takeover of the Strip in mid-2007. These developments came in conjunction with a general reduction of financial aid provided to the PA, particularly by European countries such as Belgium and the Netherlands. [This reduction] was due to the financial pressures faced by the EU caused by the influx of hundreds of thousands of refugees from Syria and Iraq in past months.”

On Sept. 29, the World Bank expressed concern that the continued decline of international assistance to the PA would cause instability and political conflict. If a Palestinian state fails to emerge, stuck in a political dead-end with Israel, then international decision-makers will find it difficult to convince their constituents of the need to continue financing the PA, leading to the latter’s gradual inability to carry out its duties, services and administrative responsibilities to the Palestinian populace and its ultimate collapse.