10 things Angela Merkel can do to help Israeli-Palestinian conflict

German Chancellor Angela Merkel has stated that now is not the time to promote the two-state solution, but certain improvements are possible. Here's how. 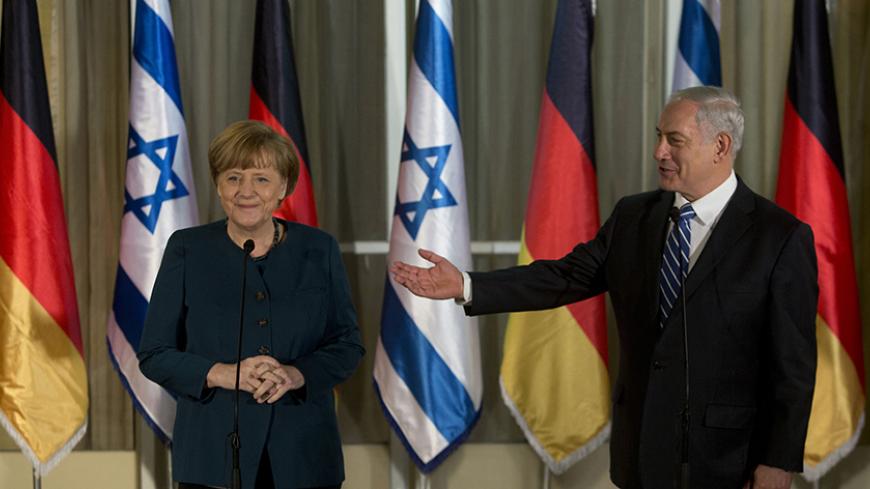 At a joint press conference with Prime Minister Benjamin Netanyahu in Berlin Feb. 1, German Chancellor Angela Merkel acknowledged, “This is not the time to make comprehensive progress on the two-state solution.” Let us, for once, decide not to address the quandary implicit in the chancellor’s surprising comment, and instead limit ourselves to the following questions: When had there been a more opportune time in the past, or when will there be an opportune time in the future to end a conflict that has extended for more than 100 years? When will the time come to put an end to the occupation, which will soon see its 50th anniversary? I choose to focus on Merkel’s later words: “Improvements can be achieved in certain places.”

As a service to someone viewed as Israel’s most important friend in Europe, if not in the entire world, I propose the following 10 suggestions for improvements in "certain places." All of these can be implemented without making heavy diplomatic decisions. They do not touch upon what is usually called “core issues” such as borders, Jerusalem and refugees, and do not involve major decisions such as establishing a port in Gaza, as recommended by the Israel Defense Forces. Each and every one of these suggestions is anchored in agreements with the Palestinians, in international law and in basic moral principles. Finance Minister Moshe Kahlon, who discovered economic peace this week in an aid package for the Palestinians, would not even have to take time out from his busy schedule to meet with his counterpart in the Palestinian Authority. The recipe for making improvements in "certain places" is simple enough: a healthy dose of common sense, a generous dollop of true security considerations, a pinch of fairness and a drop of political courage.

A year ago, the Rabbis for Human Rights organization sent such a recipe to the prime minister’s office. Similar suggestions are offered in internal discussions in security circles, only to be rejected in the political ones. Since the Labor Party has decided to put the two-state solution into the deep freeze, this is the time to defrost the “improvements” concoction and serve it to the chancellor.

In conclusion, let us briefly return to the issue of timing: Should the government decide in the middle of the current “knife intifada” to adopt steps such as these, it may be interpreted by the Palestinians as a prize for terror. On the other hand, if the violence dies down, the decision-makers in Jerusalem will lose what little interest they have in changing the situation on the ground. Therefore, as in the two-state issue, the problem here is not urgency, but willingness to take action at all.