Will Saudi's cut to trade with Iran really matter?

Saudi Arabia’s cutting of commercial ties with Iran appears to be having a far smaller impact than Riyadh’s parallel severing of diplomatic relations with Tehran. 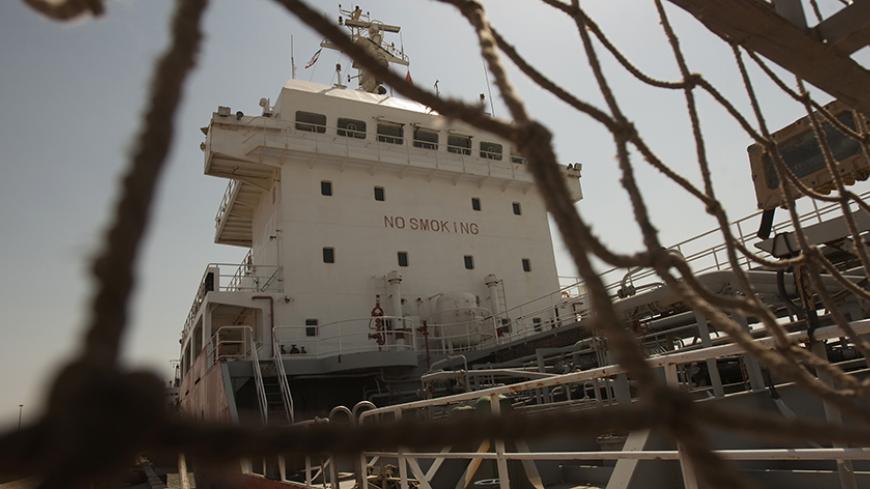 TEHRAN, Iran — Tension seems to be escalating further between Tehran and Riyadh after the Jan. 2 storming of the Saudi Embassy and consulate by a number of “extremists” in Iran. Although the administration of President Hassan Rouhani has distanced itself from the attackers, the Saudi regime was quick to cut diplomatic relations with Iran and call on its Arab allies to follow its lead. Attempts to de-escalate the situation have so far failed. Even the Iranian and Saudi foreign ministers shaking hands on the sidelines of the World Economic Forum in Davos last week did little to help the two regional rivals come closer over their differences, including the Syrian crisis.

For decades, the two oil-rich countries have been competing for a larger share in the politics of the Middle East, to spread their ideological influence throughout the region and to play a key role in pricing oil as a crucial development tool. That particular power is gaining more significance as crude hit a 12-year low last week, putting overwhelming pressure on the oil-based economies of Iran and Saudi Arabia.

Indeed, Saudi Arabia ran a budget deficit of $98 billion in 2015 and is on track for an $80 billion deficit this year. Falling oil prices coupled with international sanctions have also left Iran with a budget deficit of at least $8.3 billion in the Iranian fiscal year ending March 19. Yet neither Iran nor Saudi Arabia seem willing to compromise despite the looming consequences of their dispute.

In reaction to Riyadh shutting down its embassy in Tehran and severing commercial ties, Iran banned all trade with Saudi Arabia. Almost all observers in Iran believe that the value of this activity is too trivial to hurt the Iranian economy. Indeed, bilateral trade stood at a mere $215.1 million in the nine months leading up to Dec. 21. Iran’s trade with other Arab states that have followed Saudi Arabia’s lead in cutting relations is also not significant. For instance, Iran’s trade with Bahrain, Sudan, Djibouti and Somalia — the four other countries that have cut trade relations with Tehran — was as low as $145 million collectively.

The United Arab Emirates, however, is an exception among Iran’s Arab trade partners. Despite pressure from Riyadh to cut relations with Iran, Abu Dhabi only moved to downgrade diplomatic ties with the Islamic Republic. The UAE was a major trade partner of Iran while the nuclear-related sanctions were in place, and still is to this day. Iran-UAE trade exceeded $44.1 billion in value in the nine months leading to Dec. 21. The value of goods exported from Iran to the UAE in the last Iranian fiscal year accounted for 11% of total Iranian exports, while the value of those imported by Iran from the UAE accounted for 23% of total Iranian imports. These figures suggest that it would be hard for Iran to replace the UAE with any other regional partner, such as Turkey or Oman, as suggested by some traders, in the short run.

Hossein Salimi, chairman of the Iranian and Foreign Joint Venture Investments Association, told Al-Monitor that although trade with Saudi Arabia and the Arab states that have followed its lead is too small to be meaningful, the UAE is a significant partner whose role in the Iranian economy cannot be ignored. He said Iran is also a lucrative market for the UAE.

“Economic factors shape political preferences,” he noted, adding that the UAE is unlikely to sacrifice its economic interests for a political dispute between Tehran and Riyadh.

Asked whether the mounting Iranian-Saudi tension could disappoint European investors, he said the West is familiar with the regional political developments and differences between Iran and Saudi Arabia that have existed for years. “The attack on the Saudi Embassy cannot affect the European appetite for investment in an untouched market like Iran,” Salimi said, referring to Rouhani's reported signing of a contract to buy 114 Airbus planes during his trip to France.

Salimi further argued that regardless of what happened in Tehran on Jan. 2, Chinese President Xi Jinping traveled to Iran to deepen economic cooperation despite the risk of Beijing’s expanding ties with the Islamic Republic infuriating Riyadh. In this vein, Salimi said that it appears that only Iranian hajjis might be affected by the rising tension with Saudi Arabia. Indeed, Hossein Askari, a former Iranian adviser to the Saudi minister of finance, told leading Iranian economic daily Donya-e Eqtesad on Jan. 26 that the halting of hajj pilgrimages from Iran could be hurting the Saudi economy more severely than Iran’s ban on trade with the country. However, he insisted that the Iranian-Saudi dispute will in the end result in a “lose-lose situation.”

Sadegh Zibakalam, a political analyst and professor at Tehran University, also believes that incidents like that at the Saudi Embassy are harmful as they imply that foreigners are not safe in Iran. “The foreign policy dictated by radical figures in Tehran must openly be criticized so that a bunch of hard-liners won’t be able to threaten national interests,” he said in a Jan. 26 interview with Donya-e Eqtesad. Unlike the majority of traders and business analysts in Iran, Zibakalam considers the attack on the embassy to be damaging to the Iranian economy, as it will increase risks to investment.

Salimi disagrees. He told Al-Monitor that such political tensions have a “temporary” impact on Iran’s economic relations with the world, although he admitted that multinational banks have not yet responded to his organization’s call to resume trade with Iran. He said, “They prefer to wait for a year or so before making any decision, but small European banks have already agreed to trade with Iran. Part of the big banks’ hesitancy may be due to fear of punishment by the United States as some of them were already punished for their financial ties with Iran while the country was under sanctions.”

Iran is widely seen as the world’s biggest untapped emerging market since the collapse of the Soviet Union. Neither Europeans nor Arabs are likely to choose to miss the opportunity to gain a share of business with Iran in the coming years. Given the seemingly insignificant impact of the cut in Iranian-Saudi trade and in the absence of bilateral political dialogue, perhaps finding a multilateral resolution to the myriad Iranian-Saudi competitions in the region, including in Syria, could be a turning point in the relations between the two countries. Until then, it appears that the cut in commercial ties is unlikely to compel political engagement between Iran and Saudi Arabia.