The United Arab Emirates, and Dubai in particular, is considering potential costs and benefits if Iran opens up to the global economy. 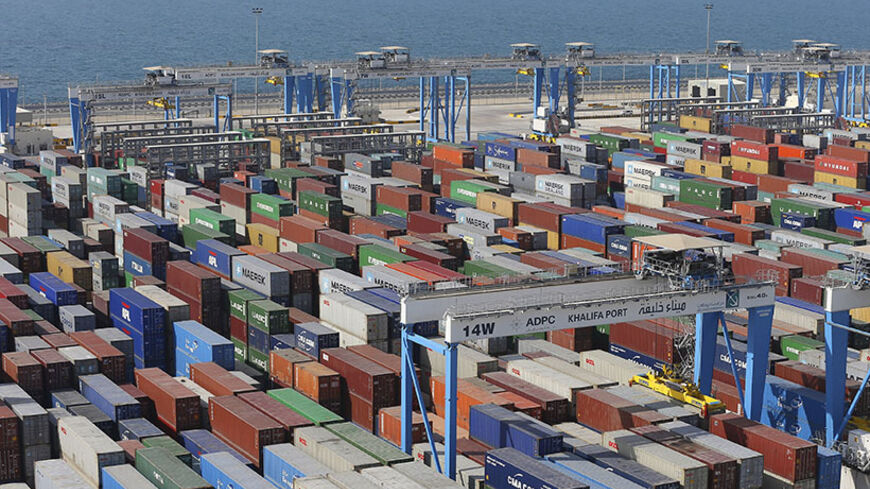 On June 1, a trade delegation consisting of the ministers of agriculture and infrastructure, the heads of the chambers of commerce of the seven Emirates in the UAE and their accompanying business representatives visited Iran. This was the first high-level UAE trade delegation to Tehran after an eight-year absence. The UAE business delegates represent five sectors: oil and gas, banking, food industry, automotive traders and investment companies. The trip coincided with the official visit to Iran by the emir of Kuwait as well as the presence of a Qatari delegation in the southern port of Bushehr, all signs of improvement in the relations between Tehran and Iran’s southern neighbors.

For the better part of the past two decades, the United Arab Emirates — more specifically, Dubai — has been among Iran’s top trading partners. In fact, Dubai became the natural trading platform for international exports to Iran that would be re-exported through the emirate. The partnership was not just based on geographical vicinity, but also on common historical roots (many migrant families who founded Dubai originated in Iran’s southern provinces) and also on a growing presence of an Iranian trading community in the UAE. Thousands of Iranian businesses are represented in the UAE, which points to the breadth of the trade relations. In the early 2000s, Dubai also benefited enormously from Iranian investments in the local real estate market. In 2010, the trade volume between the two stood at $20 billion, rising to $23 billion in 2011 and then dropping to $17 billion in 2012 and $15 billion in 2013.

In the past few years, the trade between these two neighboring countries declined as a consequence of external sanctions, especially US pressure on Emirati companies and banks not to engage in trade with Iran. As a consequence, Dubai gradually lost its competitive advantage as a re-exporting hub for Iranian businesses. According to the head of the Tehran Chamber of Commerce, Industry, Agriculture and Mines, Yahya Ale-Eshaq, the decline in Iran-UAE trade was initially compensated through the growth in Iran-Turkey trade and later shifted to Iraq, so that today Iraq plays an important role as a regional trading partner.

The general trend is that Iranian companies are investing in growing trade with the country’s neighbors not just to circumvent existing sanctions, but also to engage these markets as export destinations. Nonetheless, the UAE remains a major trading partner with an annual trade volume of $15 billion, second only to Turkey among Iran’s neighbors. Iran also has the highest trade deficit with the UAE at about $7.3 billion in the last fiscal year, which underlines Dubai’s utility as a re-exporting hub.

While the UAE may have lost its unique position from the Iranian perspective, it still remains the preferred choice as a re-exporting platform for international companies. Its easy access from warm waters and its existing infrastructure as well as its diverse free-trade zones offer a route for all types of exports to Iran, which the other neighboring countries do not offer. Incidentally, not just Western companies but also many Asian exporters to Iran use Dubai as a hub, also partly to make their legitimate exports to Iran feasible in the face of existing sanctions on shipping and insurance coverage for Iran-related shipments. Furthermore, many Iranian companies have set up their procurement offices in the UAE to facilitate banking relations with their international trading partners.

At the same time, Iranian officials look at the UAE as a source of investments in the Iranian economy, as also outlined by Yahya Ale-Eshaq during his extensive meetings with the UAE delegation. In fact, some of the most visible investments in Iran over the past decade (such as the massive Hyperstar department store in Tehran) were materialized through joint investments with Dubai-based investors, and Iran would like to reactivate such investment activity after a few years of absence.

While the arrival of the delegation and the consequent talks will pave the way for improved Iran-UAE trade ties, some political tensions remain. A reminder of these tensions came in the form of the cancellation of the seminar "Iran, Economic Sanctions and What’s Next?" that was planned in Dubai for May 28. Incidentally, Dubai’s Department of Tourism and Commerce Marketing contacted the conference organizers the night before the event and stated that the “event could not go ahead as the correct permits were not in place.”

According to Hamidreza Asefi, Iran’s former ambassador to the UAE, the current challenges include the UAE’s claims to the Persian Gulf Islands (Abu Musa, Greater and Lesser Tunbs) as well as the interference of global powers, especially the United States, in the two countries’ relations. Interestingly, Asefi asserts that the UAE’s Iran policy has always been independent of the Saudi outlook toward Tehran, which means that Iran-Saudi ties are not a source of tension in the Iran-UAE relationship.

Looking to the future, especially painting the scenario of improved Iranian relations with Western countries and the gradual lifting of sanctions as a consequence of the current nuclear negotiations, one prediction can be made: Once Iranian businesses can engage their international counterparts directly and free of the existing sanctions and restrictions, Dubai will lose an important segment of its Iran business. Also, from the perspective of international companies, once direct trade and banking relations become more feasible, the UAE may lose its attraction as a re-exporting hub. The real blow may emerge when US companies are allowed to trade directly with Iran, though that prospect will depend on a gradual lifting of sanctions.

As such, if Dubai and the UAE decide to rely on the old patterns of trade relations with Iran, they will lose out over time. Consequently, it is in the interest of UAE traders and businesses to forge trade ties with Iran that are not dependent on sanctions. These could include new investments in the Iranian economy as well as partnerships with major Iranian companies to help them export to regional and international markets. Considering Dubai’s existing infrastructure and its geostrategic position with regard to Iran, it should look at Iran’s growing export potential and the emerging lifting of restrictions on Iran business as an opportunity that could pave the way for Dubai to become a hub for Iranian exporters to world markets.