The statement by Israeli Energy Minister Yuval Steinitz in regard to alleged security cooperation with Egypt angered Cairo and complicated the battle against Hamas. 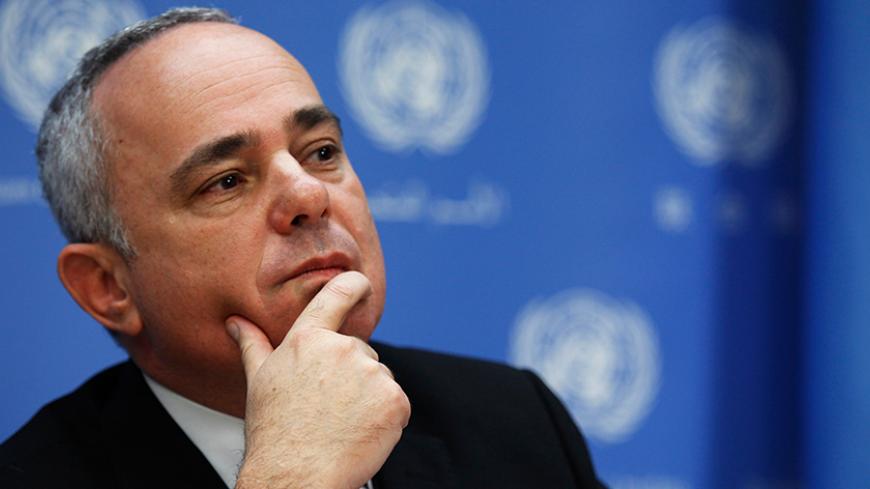 Hamas leaders in the Gaza Strip are careful not to talk publicly about the damage done to their tunnels by the Egyptians for fear that it would upset Egyptian President Abdel Fattah al-Sisi even more. Yet they occasionally give voice to their criticism, albeit wary not to cross the line, and wonder aloud, what is it that drives the Egyptian army and its leaders to act the way they do? Why are they waging an ongoing, relentless war against Hamas?

In 2015-16, several smuggling tunnels collapsed along the Rafah border, some after being flooded by the Egyptians. Hamas admitted that a number of the organization's militants had been killed in the collapse of the tunnels and said Israel and its "collaborators" were responsible. But who are those collaborators? They have never explicitly spelled it out, leaving the mystery, supposedly known only to confidants, for anyone else to figure out.

In August 2013, a month after Sisi deposed then-President Mohammed Morsi and seized power in Egypt, Egyptian media reported that Israeli Defense Minister Moshe Ya'alon and another unidentified senior Israeli official — rumored to be Shin Bet chief Yoram Cohen — were observed at the airport in Cairo. According to the reports, the two met with top-ranking Egyptian security officials for what was described as a series of coordination talks on issues related to the security situation in the Sinai Peninsula, security understandings regarding Israel's freedom of action along the Egyptian border and Israeli intelligence assistance to the Egyptian army in its struggle against Islamic terrorist organizations operating in Sinai.

The intelligence and security contacts between Israel and Egypt are considered an open secret; however, neither side has ever publicly acknowledged these relationships, certainly not in the context of the Egyptian army's operations against the Gaza smuggling tunnels, allegedly driven and encouraged by Israel. That is, not until Energy Minister Yuval Steinitz (formerly minister of intelligence) arrived in Beersheba a few days ago.

Addressing a cultural event in Beersheba on Feb. 6, Steinitz told his audience that Sisi flooded some of the Hamas tunnels in part at the request of Israel. Steinitz then went on to say that the security coordination between Israel and Egypt was now better than ever before. His statements have been widely quoted in the Israeli media.

"Why did he go on like this? What was the point of his futile chattering?" senior officials in the Israeli defense establishment wondered, trying to extinguish the flames kindled by the energy minister. Steinitz was apparently reprimanded by Prime Minister Benjamin Netanyahu, which led him to retract his words that very same day. In a statement of clarification issued by his bureau in an attempt to quell the storm he had stirred up, it was argued that the impression created by Steinitz's comments — as if the Egyptian struggle against the tunnels was encouraged or actually induced by Israel — "is false and does not reflect the reality on the ground."

The damage has already been done. Hamas seniors in Gaza, who as noted above, take care not to infuriate Sisi, rubbed their hands with delight. After all, they can now readily tell the residents of Gaza that the pressure exerted on them on all fronts — in the air, on land and at sea — may be traced back directly to Israel, and that even Egypt is dancing to the tunes of the Jews.

Whether Egypt has indeed flooded the smuggling tunnels at Israel's request or done so on its own, in line with the Egyptian national security strategy, the war waged by the Egyptian army against Hamas is no trivial matter, as far as the army is concerned. The demolition of the tunnels in the Gaza Strip, where more than 1.8 million Palestinians live, most of them Muslims, is a highly sensitive matter that requires an adequate clarification, good enough in the eyes of the Egyptian public.

While Hamas is still out of favor in Egypt, following the overthrow of the Muslim Brotherhood in July 2013, the Egyptian public, for the most part, clearly distinguishes between the detested Hamas regime and the civilian residents of Gaza groaning under the yoke of the Israeli blockade imposed on Gaza in June 2007.

As long as the destruction of the Hamas tunnels by the Egyptian army is seen as a move designed to prevent terrorist attacks on Egyptian targets, then as far as the Egyptian public is concerned, it is a "no-choice move," where any and all means are acceptable. This, even at the cost of strangling the lifeline of Gaza, and regardless of the heavy price that Gazans are forced to pay.

However, when an Israeli minister brags that flooding the tunnels in Gaza — in which Palestinians have been killed — was done by the Egyptian army at the request of Israel, the damage (to Egyptian public opinion) is immense. There is no other way to describe it except that the Egyptian army is collaborating with Israel and is, in fact, no more than a pawn in its hands. Anyone who knows how sensitive and delicate the contacts between Egypt and Israel are realizes the extent of the damage done.

Yet, this does not mean that the cooperation between the two countries will necessarily come to an end. Egypt and Israel have common enemies and they share broad interests, which bring them close together. The effective coordinative mechanism created by Egypt and Israel is not likely to be dispensed with any time soon. However, their scope of action has been seriously limited. Egypt will have no choice but to have a lower profile, and its armed forces will find it difficult to act with the same determination they have displayed or as successfully as they have done so far.

Just imagine, for instance, what would happen now if in the course of an operation by the Egyptian army, Hamas activists or Izz ad-Din al-Qassam militants digging out a tunnel are injured as a result of its flooding by water or the injection of cooking gas into the tunnel (what the Egyptian army used to do as a matter of routine). As long as such operations were seen as a legitimate part of the war waged by the Egyptian army against Islamic terror, they could be deemed acceptable. But they cannot be considered acceptable if carried out at the request of Israel, as declared by Steinitz. It seems that the Egyptian soldiers will now find it most difficult to carry on their operations vis-a-vis the Gaza Strip, realizing that any time they deal with a tunnel, they are liable to be accused of collaboration with the Israelis.