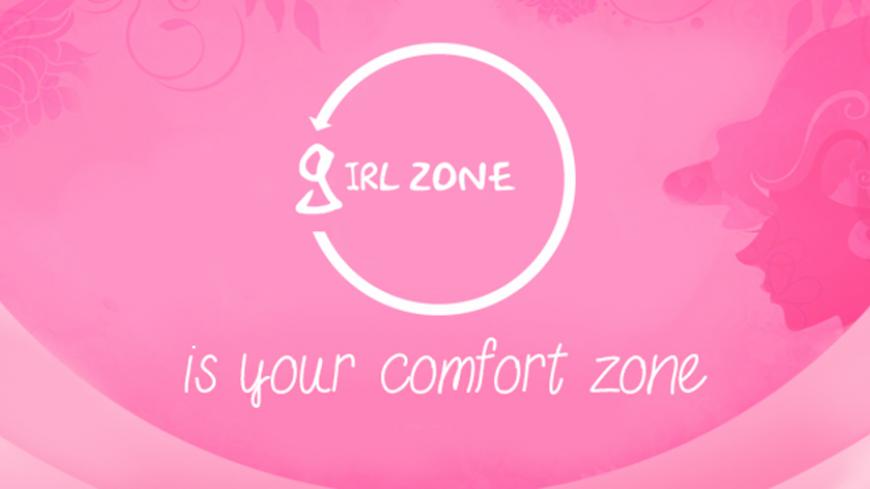 A promotional image for the Girl Zone project, aimed at "allocating zones that are only for women," highlights the project's mission of providing comfort and recreation to women in Egypt's rural areas. - Facebook.com/girlzonebanha

There's a long list of controversial topics among those who consider themselves feminists. Interpretations vary: Is something liberating or isolating? Exalting or demeaning? Does it level the field or enable ignorance?

The eye of scrutiny is now upon the Girl Zone project, started by six young people from Banha, Egypt, who aim to provide women with services and facilities that are not otherwise available in rural areas. The project in Banha, about 30 miles north of Cairo, is the first of its kind. The group is seeking to expand the project in the future.

The project provides entertainment and education for young women — or does it isolate them?

Al-Monitor spoke with Isra al-Sayyid, a veterinarian participating in the project. “The idea came up as part of a project titled The Zone 16 months ago in the Shibin el-Qanater region in Qalyubia, with the aim of developing the governorate. The idea was a success, although the project was a small one,” Sayyid told Al-Monitor.

“We developed the idea and came up with the Girl Zone project," given the absence of social and educational options for young women in rural regions, "especially since our life is a dull routine," she added.

The project consists of five aspects. The cultural aspect involves viewing films and discussing a particular intellectual issue, reading and discussing books and inviting public figures for seminars. Second, the social aspect provides psychological counseling and support groups. Third, the entertainment field includes music education, painting and games such as chess. The fourth category comprises appearance and health, academic studies and professional counseling for those seeking a job, as well as courses in English, marketing and human development. Finally, there is also a branch for charity work and assistance for orphaned children.

"Everything is focused on the capital. This is not to mention the different environment there. Girls in rural areas do not have the same opportunities for education, work or recreational activities as the girls in the capital. Young women here finish their studies in college and [just] wait until they get married,” she added.

Sayyid wants the project to help young women learn what can be available to them. She aims at “piquing their curiosity in several areas,” especially, she said, since it is otherwise difficult to find the kind of instruction the Girl Zone offers.

Sayyid hopes that in the future “the project will spread, prompting girls to be more involved in community work and providing them with the opportunities they seek in different domains.”

Physician Ahmad Abu Sayyar also is a partner in the effort. He told Al-Monitor, “I joined the project because it promotes a lofty goal: endorsing the rights of women and giving them the attention they deserve.” He believes this goal will help the project be a success, especially in remote regions.

He also talked about potential problems the organizers face. “We are concerned about the political inclinations of some of the visitors to the project, especially women wearing full face veils, as people constantly ask about our political affiliations and that of our members. We also have concerns about economic losses and our ability to uphold and promote the project.”

Abu Sayyar said he is not available on the premises but works remotely and has hired women to be in charge. “The only solution to address the problems of women in remote regions is to think outside of the box and to diagnose the problem, especially since the role of women is downplayed in society.”

But not everyone is keen on the project.

“Despite the importance of the project in encouraging girls to engage in community work, cultural and sport activities, it also promotes the idea of segregation, isolation and discrimination,” lawyer Intisar al-Saeed, head of the Cairo Foundation for Development and Law, told Al-Monitor.

“I do not believe that implementing the project in the city of Banha is a good idea. It would have worked better in Upper Egypt and [more] rural areas, where women are marginalized and alienated,” she said. “If I wanted to put myself in the shoes of the people of Banha, I would have a lot of questions about the project’s ideologies and ideas."

Saeed rejected claims that women are neglected in the locations Girl Zone is targeting. “The Cairo Foundation for Development and Law focuses on women’s interests in the regions, providing political participation programs, community work, fighting women's abuse and [promoting] economic empowerment of women.”

She also said that although there are not enough recreational and cultural services for women, those are concerns of the state and not civil society organizations, which should focus more on establishing youth centers and public libraries.

“The project promotes reading, health and beauty care among other important activities,” he told Al-Monitor. “These kinds of projects have higher chances of success because they are geographically closer to the governorates of Greater Cairo."

He added, “This ‘zone’ is better than wasting time on social media and electronic chatting, as it creates some sort of communication and helps girls to form a personal point of view."

Universities remain one of the only outlets for most women from rural areas. But in August, the Ministry of Education issued a decision restricting enrollment in two of the University of Cairo's departments — media and economics/political science. Enrollment now is only open to students from the greater Cairo area, the canal regions (Suez, Ismailia and Port Said governorates) and the Sinai Peninsula. Students from Upper Egypt who wanted to enroll in one of those two subject areas can do so at the University of Bani Sweif, and students from some Delta governorates can enroll at Alexandria University.

That action increases young women's isolation from the capital. Thus, the Girl Zone project could serve as an opportunity to enhance young women's social and cultural lives, or further isolate them, in light of the growing trend of segregation in Egypt with the establishment of public transportation and beaches reserved for women only.