Rouhani fires back at criticism of economic management

Iranian President Hassan Rouhani has reminded critics that he is managing the country with oil near $30 per barrel, not the highs of the previous administration. 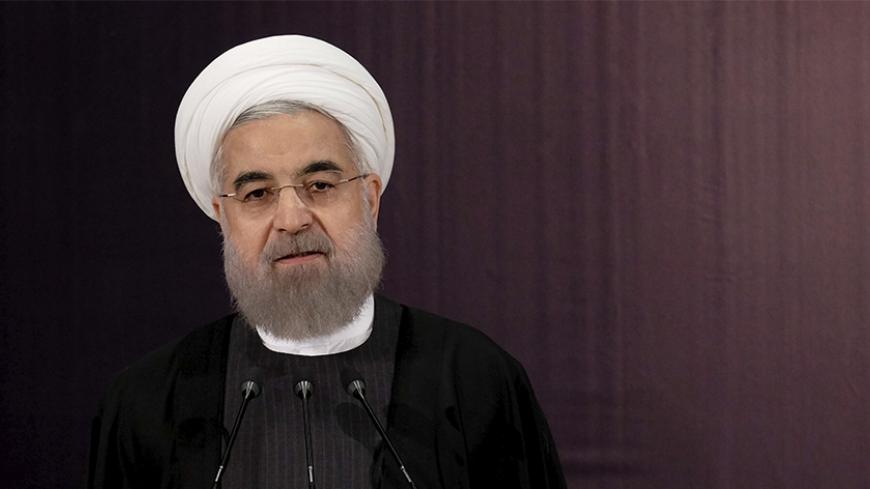 The price of oil dropped to $31.56 per barrel on Jan. 11, a 12-year low. While the news has been tough on all oil-exporting countries, perhaps no one feels the pressure more than Iran’s President Hassan Rouhani, who is hoping that the February parliamentary elections will bring about a more cooperative parliament in the second half of his presidency.

Many Iranians who voted for Rouhani hoping he would resolve the nuclear crisis and end the country’s international sanctions are still awaiting the implementation of the nuclear deal. Rouhani has previously said the implementation of the deal and the removal of sanctions would take place in January. Mehdi Jahangiri, a member of Iran’s Chamber of Commerce, said Jan. 12 that sanctions on Iran would be removed Jan. 15. He predicted 6% growth rate for Iran’s economy once the sanctions are removed.

While Iranians heading to the polls in February will certainly not feel the impact of the sanctions' removal, Rouhani continues to remind Iranians that the economy is in good hands despite the dramatic fall in oil prices.

In July 2008, under conservative President Mahmoud Ahmadinejad, oil had peaked at $147 per barrel. Vatan-e-Emrooz, which is edited by hard-line MP and former Ahmadinejad ally Mehrdad Bazrpash, labeled Rouhani’s administration “the administration of [economic] downturn.” Bazrpash is now an Iranian MP and one of the most vocal critics of the administration.

Rouhani reminded critics and Iranian voters alike, “The administration is managing the country under sanctions, not under normal circumstances. The administration, despite all the conspiracies, will keep its promises.” He added that after a lengthy period of time, “in the coming days we will witness the removal of sanctions.”

Rouhani acknowledged and thanked the Iranian people for their resistance in the face of sanctions. He said that after the implementation of the nuclear deal and the end of the sanctions, he will acknowledge “the greatness of the work” the people had done. Rouhani also sent a message to Iran’s neighbors, saying that they should know that Iranians are capable of handling difficult challenges.

Rouhani also said that his government has successfully reduced inflation, which had peaked at 40% at the end of Ahmadinejad’s presidency. Inflation in December was under 13%. He said that after the sanctions are removed Iran will see an economic boom.