As film theaters have been closed in Gaza since the 1987 intifada, movie directors are launching personal initiatives to try and revive the film industry and cinema in the Gaza Strip. 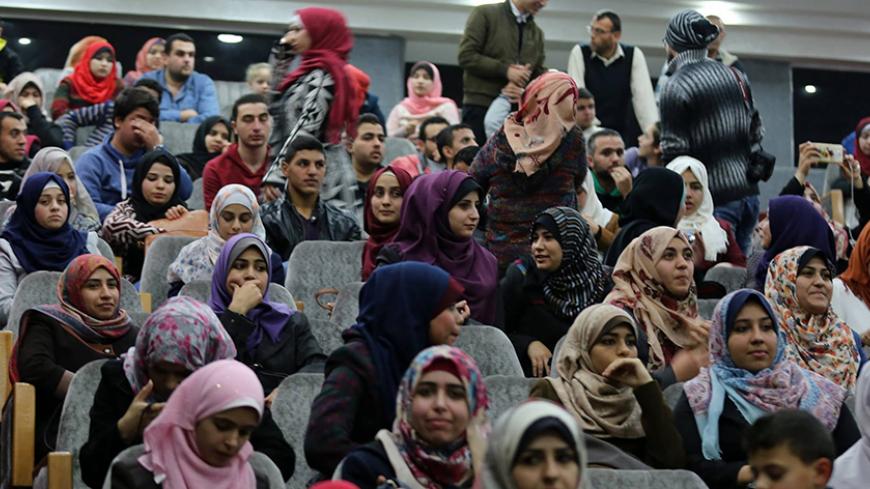 GAZA CITY, Gaza Strip — The lights were dim and the audience whispered. The viewers watched the screen to see what would happen to the hero of the film “Oversized Coat,” which screened Dec. 26  at the Red Crescent Society hall. Gazans watched the film in an uplifted mood, one the city had been not seen for decades.

Before the outbreak of Al-Aqsa intifada in 1987, around six film theaters could be found in the Gaza Strip. However, screenings in these theaters stopped after Gazans’ priorities shifted toward resistance, and after some opposed the content of the films shown and deemed them immoral.

Messaab al-Hindi, the director of Ain Media who organized the film screening, said that the film premiere initiative was taken by the director of "Oversized Coat," Nawras Abu Saleh, a Palestinian refugee residing in Jordan. He had contacted Ain Media and expressed his desire to screen the film for a second time in a private atmosphere that could restore the cinema spirit in Gaza.

The film premiere took place on Dec. 15, marking the 28th anniversary of Al-Aqsa intifada, in the conference room of the Islamic University of Gaza. But the turnout was low, given that the announcement was only made to the students. The university hall is dedicated to the students and staff and is not open to the public. Therefore, people asked for a second screening.

Hindi told Al-Monitor, “For the second screening [at the Red Crescent Society hall], we tried to create a cinematic atmosphere with dim lights and seats that rise in steps. We sold tickets at $2.50 each to cover the hall rental and give a humble financial reward to the organizers and ticket sellers.”

"The lack of film theaters in Gaza made Gazans crave any attempt aimed at providing a [cinematic] atmosphere,” Hindi said.

Asked about the obstacles faced by the company in regard to the second screening, Hindi said that there were no problems; the Red Crescent Society hall was selected, then the ad was designed and tickets were sold. He noted that all the ticket holders did not fit in the hall as it was not designed to screen films to a large audience. More seats were added, but still not everyone found a place to sit.

Asked about the ticket price in light of the Israeli siege and the financial crisis plaguing the Gazan government’s civil servants, Hindi said that they are planning to contact the Palestinian Red Crescent Society management in a bid to reduce the hall rental rate, which initially amounted to $354. He said that should the company’s request be met, the ticket price would be reduced for further screenings because the primary goal is to support Palestinian drama, not make financial profits.

“Should someone show up and say they cannot afford the ticket price, we will allow them free entry,” Hindi said.

Asked why they chose the Palestinian Red Crescent Society hall, Hindi said, “Halls suitable for film screenings are limited in Gaza, but this hall was selected based on its size and the equipment it provides. The hall seats 200 people, and the Red Crescent Society allows the holding of activities and events in return for money. The hall also provided suitable logistics for the screening.”

The premiere at the university was free as it is an educational institution, but as the public was unable to attend the screening there Ain Media decided to launch the Gaza Cinema program, which screens a Palestinian drama every Saturday at the hall.

Asked about the company's future plans, Hindi said that it will contact the Ministry of Culture to garner support for the Gaza Cinema program, and that they will make some changes to the hall to make it look like a real film theater. He added that a number of Palestinian filmmakers will also be contacted, to add more Palestinian-produced films to the Gaza Cinema program, which will run as long as there is sufficient interest.

In regard to “Oversized Coat,” Abu Saleh said that the film addresses the Palestinian reality between 1987 and 2011, a period that was never tackled in any other drama despite the importance of the events that took place and that brought the Palestinian cause to its current state.

Abu Saleh said that he launched Al-Mi’a (100) initiative in a bid to collect donations from 100 people to cover the expenses of the film's production costs.

Asked about the reasons that led him to screen the film, Abu Saleh said, “I wanted the largest number of Palestinian people to watch it, especially considering that the Gaza Strip is far from the cinema atmosphere.”

In general, the Palestinian film industry is facing several funding obstacles, production difficulties and a lack of interest, as people focus on things that are far removed from cinema in light of the political situation.

“The Palestinian film industry is new. Although there were film theaters in Gaza before [Al-Aqsa] intifada, these were limited to Egyptian films in the absence of Palestinian films. The industry needs a well-thought-out strategy that can support it and put it on the right track to globally support the Palestinian cause, being an art that can easily convey the message to viewers,” Abu Saleh said.

In regard to the Palestinians’ opinion about the need for theaters in Gaza, journalist Khouloud Nassar who watched the second screening of "Oversized Coat," told Al-Monitor, “Gazans need theaters [that show films] that reflect the concerns and dreams of the Palestinian cause and serve as a haven away from the political differences.”

He said, “It is not fair for the film theaters in Gaza to remain closed under the pretext of poor economic conditions and the siege on the Gaza Strip."

For his part, Atef Asqool, director general of the Arts and Heritage Department at the Ministry of Culture, emphasized the role of cinemas in society, as they ease the pressure that Gaza residents face given the successive crises that plague Gaza.

Asqool pointed to some of the achievements made by the ministry in a bid to support cinemas. He referred to Mahmoud al-Zahar’s film “Imad Akel,” about the practices of the Israeli Defense Forces against Palestinians in a refugee camp. The film was a quantum leap on the local level in the field of Palestinian drama, along with the Palestine International Film Festival for Children in 2013.

He said that the ministry is partnering with the relevant supportive authorities that are interested in films and cultural events given the lack of financial resources at the ministry. But the ministry firmly believes in the social and cultural importance of having cinemas in Gaza, which prompts it to revive those theaters.

Asked about the ministry’s direction, Asqool said, “[The ministry] agreed with a group of young entrepreneurs to set up an expanded workshop and discuss ways to strengthen Gazan cinema.”

He added that they contacted the Italian Center for Cultural Exchange and agreed on establishing ​​a Palestinian Italian Film Week, which will be shortly announced and will include the simultaneous screening of films in Gaza and Italy. The center, in principle, will cover Gazan film theaters’ restoration expenses in the near future. 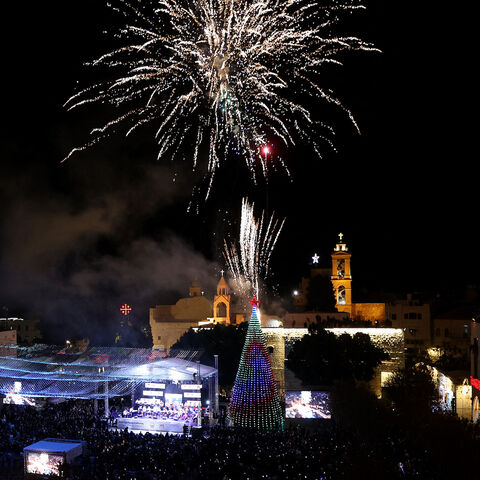