Movie experts and officials are calling on the Gaza Ministry of Culture to reopen the movie theaters that were closed down during the first intifada. 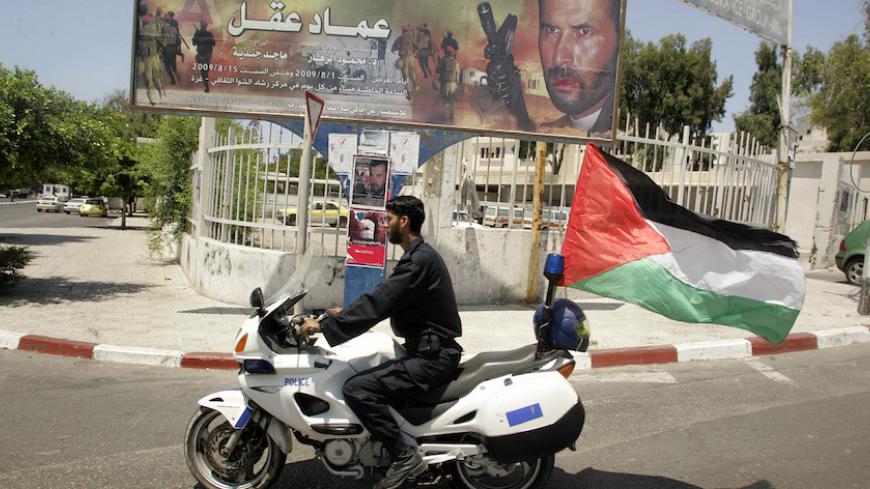 GAZA CITY, Gaza Strip — Nothing remains of the Gaza Strip movie theaters except their names used to describe squares located nearby. These names have become associated, in the minds of the new generation of Gazans, with geographical locations, as the meaning of the term cinema is no longer part of their collective memory. At the beginning of the first intifada in 1987, all movie theaters in Gaza were closed, which weakened the nascent Palestinian cinema’s development.

According to Gaza cinema historian Mahmoud Roqa, the Gaza Strip hosted a number of movie theaters during the second part of the 1940s, with al-Khadra cinema in the Shajaiya neighborhood, located in central Gaza City, being the first among them. At the beginning of the 1950s, al-Khadra cinema was relocated and its name changed to al-Samer cinema. Subsequently, the mid-1950s saw the emergence of al-Jala and al-Nasr cinemas, as well as the Amer drive-in theater, all of which were located in Gaza City.

“These theaters ceased to operate as a result of the Israeli occupation of Gaza in 1967," Roqa told Al-Monitor. "Movie theaters opened again in the early 1970s, when new theaters appeared with fewer facilities than those that preceded them, which were designed in keeping with global standards. Among those new theaters were the Sabrine, al-Salam and al-Hurriya cinemas in Rafah, another al-Hurriya branch in Khan Yunis and al-Shati cinema near the Shati refugee camp.”

Roqa said that movie theaters continued to operate in Gaza until the beginning of the intifada in 1987; a few intellectuals attempted to subsequently revive some of them after years of closure.

“In 1993, a group of intellectuals and playwrights contributed to the restoration of al-Jala cinema, which was rebranded as al-Jala Artistic and Cultural Theater, in an attempt to restore life to cultural, theatrical and cinematic endeavors. However, vandals quickly defaced and burned it to the ground,” Roqa said. "In 1994, some intellectuals and artists also tried to convert al-Nasr cinema into al-Nasr Cultural Center with the help of the Palestinian Authority. But the project also soon met its demise due to vandalism and arson at the hands of people displeased with the act of watching movies.”

Gaza’s history with regard to movie theaters extended for more than four decades, with the emergence of over 10 cinemas, some of which were either demolished or completely closed. Some other theaters were converted to event halls, with one of them becoming a library owned by an Islamic foundation.

Al-Monitor tried to gain access to some of the shuttered cinemas left to suffer their fate of neglect; in particular al-Samer and al-Nasr cinemas in Gaza City. Trying to contact their owners proved fruitless; these cinemas were shut down by the courts as a result of legal problems between the owners.

Atef Asqul, the director general of the arts and creativity department at Gaza’s Ministry of Culture, said it was important for Gaza to have cinemas as it stimulates local film production and encourages people to watch films.

“Around the world movie theaters are the final link in the movie-making process," Asqul said. "Thus, the presence of movie theaters is considered to be a key factor in the effects of the movie industry on society and culture.”

Because of social and political considerations, Asqul said, rebuilding old movie theaters or establishing new ones is akin to entering a minefield, with innumerable problems. “Movie theaters are dependent on private sector investments, and not on the Ministry [of Culture], which lacks influence in this regard. And since funders are cautious by nature, other considerations must be taken into account,” Asqul said.

Regarding the factors that inhibit the establishment of movie theaters, Asqul said: “The factors are many, ranging from the economic to the political and social and cultural fields. Communities generally have a particular set of morals and traditions, such as the conservative Palestinian society. Thus some people accept [the opening of new movie theaters], while others consider the opening of cinemas to be immoral, as it is not in line with their own culture and morals. In addition, there are other priorities at hand caused by the bad economic situation; that is why the establishment of cinemas is an issue that preoccupies only some professionals, pundits and dreamers.”

In that context, some experts have suggested that the closure of movie theaters in Gaza played an important role in the decline of the nascent cinematic movement’s development. Saud Mhanna, the director of the Palestinian Film Forum, told Al-Monitor that most Gaza filmmakers turned to the production of short films and documentaries because of the lack of movie theaters. He said that observers of Gaza’s movie scene from the 1990s to date find that 95% of movies produced were documentaries or shorts, most of which were individual projects.

“The movie industry cannot flourish without movie theaters, the closure of which led to a significant decline in the people’s understanding of the movie business and cinematic culture in general. The effect was extremely negative and devastating on all those involved in the movie-making business. Despite technological advances, movie theaters remain a necessity as a forum where families, loved-ones and friends can meet. While now, even in underdeveloped Arab countries such as Yemen and Sudan, every street and city has its own movie theater,” he said.

Mhanna said that the role of cinema in the 1960s and 1970s was to spread the cultures of Arab and other countries through historical and religious movies. “Since childhood, we’ve grown accustomed to watching movies and learning about different cultures through films. That is how we gained knowledge about Egyptian, Syrian and American cultures, and felt overjoyed when watching movies. But the closure of cinemas isolated Gaza from the rest of the world,” he said.

Mhanna said the closure of movie theaters in Gaza was a crime against Palestinians and a sign of backward thinking, because it discouraged people with talent, as well as fans and writers. He added, “I believe that we would have witnessed a cinematic renaissance had the movie theaters been allowed to remain in Gaza. Since 1994, six feature-length films were produced, which were only shown in small auditoriums. As a result, Palestinian moviegoers are unfamiliar with Palestinian films in general and movie directors in particular, due to the closure of cinemas, which served as their cultural and visual outlets.”

He calls on the Gaza Ministry of Culture to rebuild movie theaters and to encourage cinematic production, as well as monitor the industry to ensure that work continues toward producing films, while negating any arguments meant to obstruct their making.

The closure of movie theaters in the Gaza Strip is also a closure of the cultural space that plays an important role in forming cultural awareness among the audiences.