Why Israelis love their cars more than the environment

The government has committed to reducing private cars, but its scattered expansion of Israeli suburbs and haphazard public transportation planning continue. 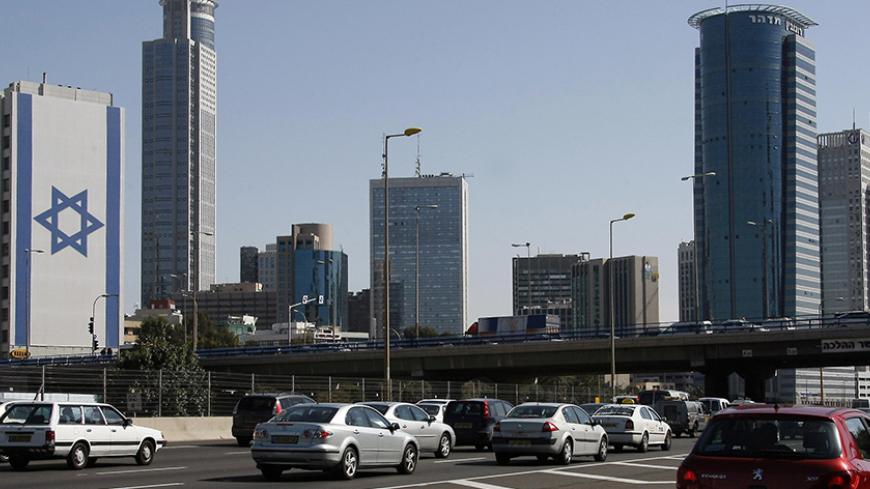 Even Prime Minister Benjamin Netanyahu attended the conference (though climate affairs don’t seem to have been the reason). But the Israeli media was so focused on terror attacks, corruption and other urgent items on the national agenda that it offered scant coverage of the conference. As a rule, environmental issues get no meaningful coverage in Israel.

After the 2009 Climate Change Conference in Copenhagen, Israel announced that it would reduce its greenhouse gas emissions by 20% by 2020. In 2010, the government went so far as to approve a national plan in which 2.2 billion shekels (about half a billion dollars) were supposed to be invested to meet that target. That program was put on hold last year without any attention whatsoever in the media.

Similarly, the Israeli government’s new program, approved in advance of the Paris summit, received very little media coverage, even though it will have a dramatic impact on all of our lives. It calls for reducing the consumption of electricity by 17% by 2030 and reducing private automobile usage by 20% by that same year.

When it comes to the use of private cars, architects and academics agree that the target is unrealistic. The fact is that new construction Israel continues to plan will actually lead to an increase in private car usage, while making it difficult to provide public transportation alternatives or implement any other incentives that would encourage people to forego their use of cars.

“Transportation is responsible for some 20% of greenhouse gas emissions,” explains Amir Zalzberg, who is in charge of transportation-based pollution at the Ministry of Environmental Affairs. “When it comes to this particular issue, most of our efforts focus on reducing electricity usage, which accounts for 70% [of greenhouse gas emissions], and the exploitation of alternative sources of energy. The problem with transportation emissions revolves more around pollution per se, which affects people’s health.”

According to Zalzberg, “Promoting sustainable transportation requires proper urban planning that supports the reduction of private car usage. This means mixed use of land for housing, commerce and employment, preferential treatment for public transportation at stoplights and traffic lanes, paving new sidewalks to encourage pedestrians and creating bicycle lanes. The main problem is daily usage, meaning the way that people use their private cars on a daily basis to commute from home to work and back, mostly in traffic jams.”

The kind of urban planning described by Zalzberg is far from the current Israeli standard. According to Irit Solzi, an architect with Irit and Dror Architects and former chair of the nonprofit Movement for Israeli Urbanism, “The distribution of construction in Israel is insane. There is always another excuse as to why it is better to ‘occupy’ new territory instead of developing existing towns. Enormous sums get invested in endless roads. Entire populations are encouraged to live scattered about in such a way as to make it impossible to create good public transportation routes that reach every settlement, while the population within the settlements themselves is also dispersed excessively. People need to go far from their homes just to be able to use public transportation.”

As early as four years ago, Naama Riba, then a young architecture graduate and now the architecture reporter for Haaretz, wrote, “The cities we are building are not productive cities. A city that consists entirely of residential buildings is not an effective city. It is wasteful. It is the kind of place where coming and going is difficult, and the schedules of people without cars are dictated by the whims of public transportation. … Cities in Israel are built like suburbs. There is little density, which makes it difficult to have efficient public transportation. … In order to get out of this loop, we need to build within existing cities, on existing lots.”

Riba was reiterating what many experts feel.

“We must take advantage of the housing shortage to get back into the downtown areas, from Kiryat Shmona all the way to Eilat. We need to go back to the old abandoned neighborhoods and engage in urban renewal,” says Solzi. “What we are doing instead is focusing on the old familiar solutions. In other words, we are bringing large companies and bulldozers to open spaces and building there.”

Eran Feitelson, a professor at the Faculty of Geography and the Advanced School of Environmental Studies at The Hebrew University, holds a similar position. “Open land is being scorched due to the housing hysteria,'' he tells Al-Monitor. ''We take pride in planning 99,000 housing units per year, but there is no real reason to be proud. Most of these units are built outside cities, with uncrowded construction. The minute an open tract of land is designated for construction, it is lost. This will make the problem with traffic so much worse. Planning is rapid and hysterical and does not include transportation solutions at all.”

He also claims, “The emphasis must be on proper urban renewal, including infrastructure and services, rather than simply granting [building] rights to contractors. We need planning that favors public transportation and that includes connections to the entire network, including those systems that provide inter-urban mass transit. Right now, they only start thinking about that after they’ve already built there.”

It is also worth noting that Israel’s public transportation services shut down every weekend for about 26 hours because of the Sabbath and during various holidays throughout the year. So far, any attempts to change this situation have run into vigorous government opposition.

“The patterns of suburban living require the use of private cars. The [authorities] do not provide public transportation in advance to the localities, and even when there is public transportation, it is not the ideal solution. That is why people buy cars, and once they buy a car, they will use it. This means that they will need two cars per couple, and it becomes a lost cause. They will not go back to taking the bus,” says Feitelson.

“From a professional standpoint, public transportation should be provided on the Sabbath everywhere there are potential clients for it,” says Zalzberg. “Many people own a car for the Sabbath, but then they tend to use it on other days as well.”

Given the trend favoring construction outside cities, the lack of any preferential planning for public transportation and the insistence that there be no public transportation on the Sabbath and holidays, it is hard to see how the government plans to meet its target of reducing the use of private cars.