Three days after its approval, Prime Minister Benjamin Netanyahu has killed a historic plan to invest in the Israeli-Arab sector by imposing three conditions that cannot be met. 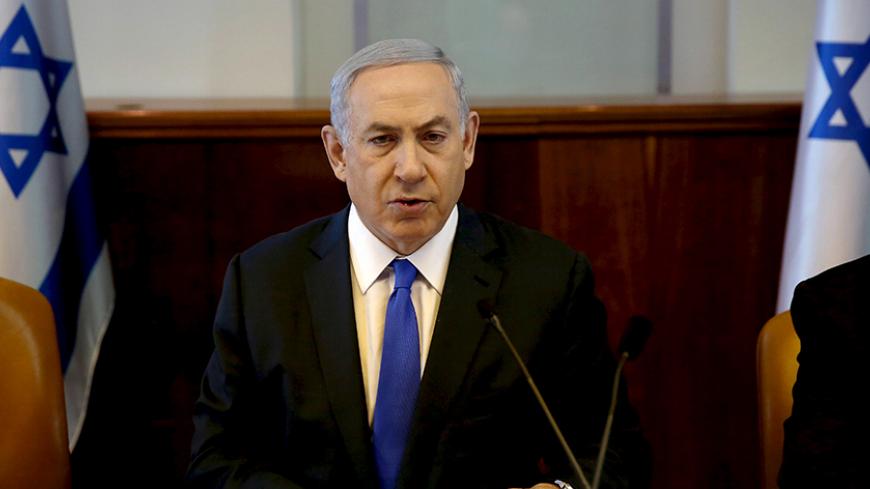 It took just three days for Prime Minister Benjamin Netanyahu to walk back support for the five-year plan to develop the Arab sector advanced by the Likud’s own Minister of Social Equality Gila Gamliel. According to the program, which was approved at a special Cabinet meeting on Dec. 30, over the next five budgetary years, the Arab sector would receive a total of 15 billion shekels ($3.8 billion) to develop infrastructure, housing and construction, employment, education and public transportation.

Ever since her appointment to the post in March, Gamliel has attempted to convince Netanyahu, Finance Minister Moshe Kahlon and Education Minister Naftali Bennett of the plan's importance. It isn’t easy to convince the ministers of the current right-wing government to vote in support of a program that grants comprehensive assistance to Israel’s Arab towns and villages, and certainly not in the amount of billions of shekels, which would likely reduce the budgets available for Jewish settlements in the West Bank.

Along the way, Gamliel was able to win the support of President Reuven Rivlin, who feels a special affinity for efforts to improve conditions for Arab Israelis. She also harnessed the support of the civil equality association Sikkuy, which submitted its own ideas and recommendations on ways to reduce and close the gaps. She also held meetings with Arab members of the Knesset and various local council heads.

After countless expressions of reservations and three Cabinet meetings adjourned without a vote, Gamliel, Kahlon and Netanyahu finally agreed on a formula. As expected, it wasn’t easy to get the government to approve the plan. The ministers representing HaBayit HaYehudi made a point of being absenting from that meeting, because it was clear to Bennett, Justice Minister Ayelet Shaked and Agriculture Minister Uri Ariel that it was not in their political interests to sign on to a plan that transfers money to Israel’s Arab citizens. How would they be perceived by their electorate if they did?

When Gamliel asked for the floor at the meeting, she explained at length how the program would be important to the country’s national well-being by reducing gaps between the different sectors. This, in turn, would ensure a better overall future for the State of Israel. She was interrupted by Minister of Science, Technology and Space Ofir Akunis, who claimed that he had studies disproving the plan’s effectiveness. His criticism was echoed by Culture Minister Miri Regev. The discussion got heated, until finally Netanyahu himself was forced to intervene to get the program passed.

"This is an important and historic step," said Gamliel. "There is a dramatic message here. For the first time ever, the State of Israel is changing the budget allocation mechanisms of the various ministries to ensure that Arab citizens of Israel receive their relative share of the state budget."

But it was premature to celebrate the passing of the plan. After the terror attack on Tel Aviv's Dizengoff Street, Netanyahu walked back his support for the program and decided to set preconditions for its implementation. At the same time, ministers from HaBayit HaYehudi, settlement leaders and prominent activists on the right began to criticize the decision by Netanyahu and his government to transfer money to the Arab sector. For example, far-right activist Baruch Marzel complained on the right-wing website Srugim of “15 billion shekels — not for the war against Arab terrorism, not for Jewish settlements, which stand tall against that terrorism, not for education about Jewish identity — but as a prize straight to those very enemies who seek to destroy us."

It was hardly reckless speculation to guess that Netanyahu would find an escape route to avoid a plan designed to help Arab Israelis overcome discrimination. And so, during the Jan. 10 Cabinet meeting, Netanyahu announced that the program could not proceed if the law were not enforced in the Arab sector. “There are … gaps and discrepancies in rights and obligations,” said Netanyahu, and with that, he just about buried the program once and for all.

Gamliel might yet come to be considered a left-leaning member of the Netanyahu government. She was not the one appointed to reduce differences in obligations as precondition to reduce differences in rights. Two close allies of the prime minister, Tourism Minister Yariv Levin and Minister of Immigration and Absorption Zeev Elkin, were charged with that task. They were to assess three conditions that the heads of the Arab local authorities would have to prove they met before receiving a single shekel to advance Arab rights and bring them up to par with the country’s Jewish citizens. All three are unjust and illogical.

The first condition concerns the fight against illegal weapons in the community. However, this issue has never been solely the responsibility of the government of Israel and the Israeli police. Arab Knesset members and the heads of Arab local councils have been warning about the problem for years and demanding that the authorities rein in the phenomenon.

The second condition concerns national service, and the third the enforcement of building laws and the transition to multistory apartment buildings in Arab settlements.

According to the heads of the Arab sector, Netanyahu is trying to shift the responsibilities of a sovereign government to a population that already faces discrimination, especially when it comes to fighting crime and dealing with the illegal possession of weapons. As for requiring national service, the Arab leaders note that Netanyahu has never presented the ultra-Orthodox community with any precondition that requires them to either serve in the Israel Defense Forces or perform another form of national service before receiving government funds.

Furthermore, they add that over the past few years, there has been a noticeable rise in the number of young Arabs volunteering in education and welfare within the sector, with many of them integrating their volunteer work with academic studies.

The chairman of the High Follow-up Committee for Arab Citizens of Israel, former Knesset member Mohammad Barakeh, believes that the program was never intended to benefit the Arab Israeli community in the first place. Rather, he told Al-Monitor, it was intended to appease the Organisation for Economic Co-operation and Development, “which had in the past made Israel’s membership in the organization contingent on it implementing steps to advance equality, or what they called ‘the full utilization of the potential for growth within the Israeli economy.’ Three sectors — Arabs, the ultra-Orthodox and women — lag behind the rest of the population in this.”

Barakeh also said, “The program attempts to be deceptive. It brings together budgets that have existed for years, so that no one can tell exactly how much money will be transferred to the Arab towns and villages. Nor was the program included in the budget, which was approved a month ago.”

At the same time, Barakeh has no doubts about Gamliel’s good intentions. “I wasn’t part of the processes that led to the approval of the plan,” he said, “but I heard from primary sources that Gila Gamliel did everything she could to push the program through. Apparently, she even surpassed the representatives of the Arab population in her stubbornness.”

Gamliel was unavailable for comment, but it is safe to assume that she also realizes that all the effort she invested in promoting what she described as a “historic program,” which runs counter to the positions of the government of which she is a member, will ultimately be fruitless. That is why the ministers of tourism and absorption, who have no stake or interest in reducing the gaps faced by Arab society, were selected as the contractors in charge of burying the program once and for all.