Is the US giving up on Israel?

The unusually sharp tone of US Ambassador Daniel Shapiro's criticisms of Israeli policies toward the Palestinians has many wondering what it means for the future. 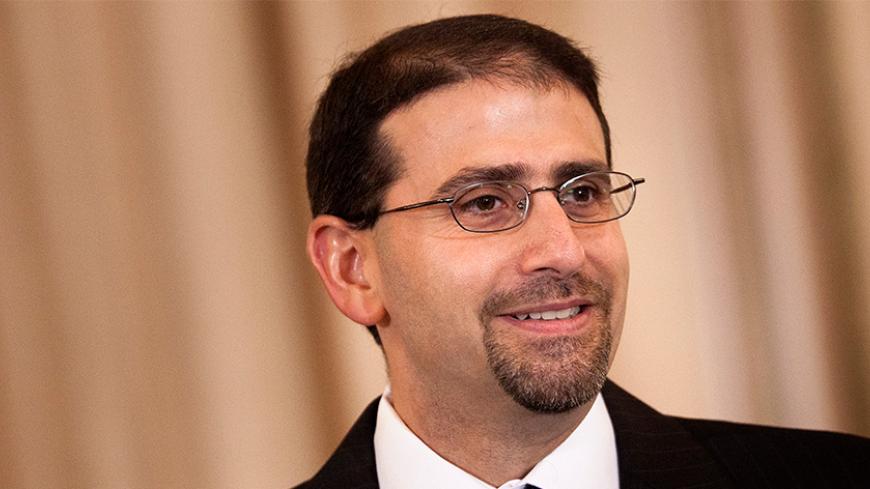 In Tel Aviv at the Jan. 18 opening of the annual INSS Strategic Assessment for Israel, US Ambassador Daniel Shapiro let loose, without warning, on Prime Minister Benjamin Netanyahu and his government. “Too much Israeli vigilantism in the West Bank goes on unchecked,” he said. “At times, there seem to be two standards of adherence to the rule of law [in the West Bank]: one for Israelis and another for Palestinians.”

Shapiro is a peace-loving ambassador. The 4½ years of his term in office coincided with some of the most exhausting years of Israeli-US relations, yet despite the difficulties, Shapiro succeeded in positioning himself as an island of stability in the stormy seas separating Netanyahu and President Barack Obama. Shapiro often lauded the US-Israeli relationship and protected it with his very body even in the worst of times: the “chickenshit” days (to invoke an Obama adviser's epithet for Netanyahu), the “lecture” Netanyahu gave Obama in the Oval Office and Obama’s “snub” of Netanyahu at the White House. Even during the lowest of the low points, when Netanyahu slinked his way into Congress to speak against presidential policy and the nuclear agreement with Iran without coordinating with the White House, Shapiro was there, and with the last of his strength, tried to mend the fences.

So what happened? What got Shapiro agitated? What suddenly galvanized the Obama administration to unleash scathing, almost unprecedented criticism of Israeli policy, law and legal proceedings involving the territories? Perhaps the answer lies in the words of the ambassador.

The two-state solution, Shapiro emphasized, is “Israel's only path to avoid becoming a binational state.” He added, “We must find ways of preserving the viability of the two-state solution for the future.” In conclusion, Shapiro noted that the US administration is “concerned and perplexed” by Israel’s settlement policy. According to him, the policy raises honest questions about Israel’s long-term intentions.

Until now, the phrase “concerned and perplexed” only appeared in commentary and articles like the one you are reading now, with regard to the American administration. Now along comes a highly placed, official representative of the administration who admits, Yes, we have no idea what to do now.

The prime minister’s office immediately issued a sharp response: “These words of the ambassador, uttered on a day when Israel buried a murdered mother of six, and on a day when a pregnant woman was stabbed, were unacceptable and wrong.” In the background of the response, various conspiracy theories are flourishing. Netanyahu is a well-known conspiracy freak, a paranoid man convinced that at any given moment countless conspirators are plotting against him.

As of the week of Jan. 20, Netanyahu is allegedly being targeted by two “conspirators” on the domestic front: Education Minister Naftali Bennett and former Minister Gideon Saar, who in recent days have castigated Netanyahu’s security policy. On the international front, the Americans and Europeans are ganging up against him: “Shapiro’s words are perhaps not entirely disconnected from the fact that on that very same day, the European Union voted on a resolution emphasizing the differentiation between pre-1967 Israel and [post-1967] Judea and Samaria,” said a high-level Israeli source speaking to Al-Monitor on condition of anonymity. “We have no doubt that this step was coordinated between the American administration and the Europeans. We are looking at a multipronged movement from several directions, led by the American administration as the ideological spearhead, though they leave the dirty work to the Europeans.”

This is Netanyahu’s biggest nightmare: united, determined diplomatic movement against the policies of the right-wing government he assembled eight months ago. Netanyahu knows that unlike in the past, today he has no available, clear response to such an attack. During his previous term in office, he succeeded in dragging along the Palestinians and Americans for nine months of negotiations that culminated in a farce. To Netanyahu’s credit, it should be proffered that the more guilty party in putting an end to the process led by Secretary of State John Kerry was President Mahmoud Abbas, who did not even respond to the draft framework agreement delivered to him on March 17, 2014, as disclosed by Al-Monitor.

A senior American source who had participated in contacts recently told Al-Monitor on condition of anonymity, “Netanyahu’s motivation for entering into negotiations in 2013 was his deep concern over the continued delegitimization of Israel, the possibility of European boycotts and labeling of products and the creeping erosion of Israel’s status among the nations.” Now it is 2016, and Netanyahu does not have the kind of coalition that could help him cope with the acceleration of such a process. Due to his current coalition's composition, not only must Netanyahu avoid talk about negotiations with the Palestinians, he can’t even dream about it. Although Netanyahu deflected the previous tsunami with walls he built at the last minute, this time he faces the wave only with his hands.

The day after Shapiro’s comments, a self-styled reconciliation meeting was held between the ambassador and the prime minister. Shapiro accompanied a group of congressional representatives to a get-together with Netanyahu and then conversed with the prime minister privately for about half an hour before the official meeting began. Both sides reported that a friendly, amicable atmosphere had prevailed, but no official statements of “clarification” were made public following the meeting: Shapiro did not amend his words or retract them, and Netanyahu did not soften his harsh criticism. In essence, Netanyahu accused the US administration of falsehood: To repeat, “These words … were unacceptable and wrong.”

The keys to what will happen in the coming year are in the hands of the Americans. That is almost always the case in situations such as this. The administration remains undecided about putting forward a peace plan crafted by Obama. Obama has a draft of a framework-agreement for a permanent settlement, obtained by Kerry in his intensive deliberations with Netanyahu at the beginning of 2014. Without asking for Israel’s agreement, the draft was revised to accommodate some Palestinian demands and given to Abbas, who has not to this day responded.

Will Obama put this framework on the table, as a kind of update to the 2000 Clinton Parameters? Will Obama give the green light to the Europeans, allowing them to continue with the sanctions, product labeling and limitations on Israeli merchandise that began last year? Will Obama enter into a head-on confrontation with Netanyahu in the last months of his administration, something that could harm Hillary Clinton’s chances in her run for the presidency?

Obama, as is known, is not a vengeful person by nature. His political makeup lacks emotion, hot-bloodedness and stormy impulses. Rather, he is a cold fish, pragmatic and realistic. On the other hand, the indignities and humiliations he has suffered at Netanyahu’s hands could drive even a Buddhist monk crazy. The president of the United States can decide to leave behind a legacy, his mark, on the historic calamity known as the “peace process” between Israel and the Palestinians. Obama could also choose to throw in the towel and quietly retreat from the turbulent Middle East. He will have to make his decision very soon.