Iran said it has taken a key final step to disable its plutonium reactor, making way for implementation of the Iran nuclear deal in the next few days. 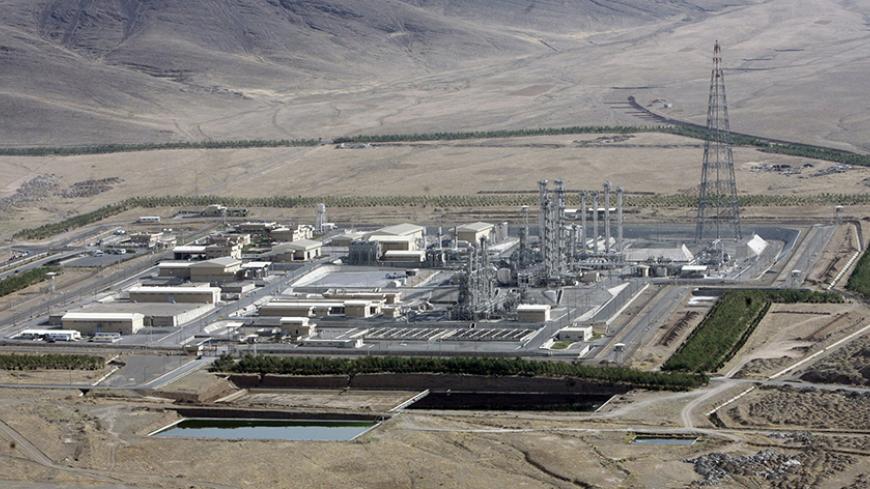 WASHINGTON — Iran has removed the core of its Arak plutonium reactor and filled it with cement, taking one of the final steps that — pending verification by International Atomic Energy Agency (IAEA) inspectors — will make way for implementation day of the landmark Iran nuclear deal over the weekend, Iranian officials said.

“The core vessel of the Arak reactor has been removed,” IAEA spokesman Behrouz Kamalvandi said Jan. 14.

IAEA “inspectors will be in Arak this evening, and they will verify Iran’s measures and their report will be sent to the IAEA,” Kamalvandi said. “We are in the final phases, and the job will be done today or tomorrow and we will enter into an important era.”

Iran Foreign Minister Mohammad Javad Zarif, in a Jan. 12 phone call with US Secretary of State John Kerry, “reported to me that the calandria of the plutonium nuclear reactor is now out,” Kerry said in a speech at the National Defense University on Jan. 13. “And in the next hours it will be filled with concrete and destroyed. All of their enriched material has been put on a ship and taken out and gone to Russia for processing.”

Kerry, who was in London on Jan. 14 to meet with Saudi Foreign Minister Adel al-Jubeir, seemed to suggest implementation day might be formally announced “somewhere,” perhaps in Europe, with his foreign minister counterparts from Iran and the P5+1 — the five permanent members of the UN Security Council plus Germany — though diplomatic sources said plans were fluid and fast moving.

Implementation day will be “very, very soon,” a senior US administration official told Al-Monitor on Jan. 14.

“The Iranians … seem to have done all of those physical things required … but there are still some other requirements, much of it paperwork,” Robert Einhorn, former arms control adviser on the US-Iran nuclear negotiating team, told Al-Monitor. “They have to reach agreement with the joint commission on some important details. … There are lots of people in Vienna now trying to iron out those details.”

While some policymakers had previously predicted there could be hitches and challenges to details of the agreement even in the runup to implementation day, the process has gone more smoothly than many expected, current and former officials said.

“All the parties managed to work through [difficulties that arose] in a reasonable way,” Einhorn said. “I think those who support the agreement believe that it has been working effectively and been implemented effectively, and that inevitable problems that arose have been ironed out.”

While implementation day looks set to come before the end of the month, the sanctions relief it will unleash will not come soon enough to significantly impact the Iranian economy before Iranian parliamentary elections in late February, veteran Iran analyst Ali Vaez said.

“This is already too late for the tangible impact of sanctions relief to be felt by the electorate, and thus will not significantly affect the election results,” Vaez, senior Iran analyst at the International Crisis Group, told Al-Monitor. “Nevertheless, given that sanctions are costing Iran $150 million per day, the sooner they are lifted, the better for the government that is also struggling to cope with falling oil prices.”