How one Coptic woman made Egyptian parliamentary history

Mona Gaballah, who is the first Coptic woman to be directly elected to Egypt's parliament, talks to Al-Monitor about the challenges she has faced and how she intends to represent Coptic females. 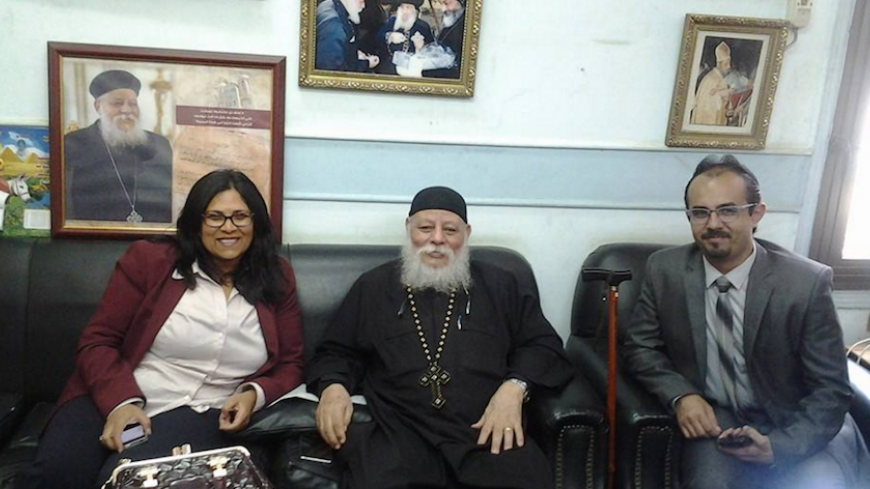 Mona Gaballah, a Coptic woman who was elected to Egypt's parliament late last year, meets with Father Samaan at the Monastery of St. Simon the Tanner, Cairo, April 22, 2015. - FACEBOOK/The Campaign to Support Mona Gaballah for Parliament

In an interview with Al-Monitor, Gaballah talks about the hurdles she faced during the electoral race, which includes society’s prevailing patriarchal culture where even women refuse to vote for other women. Gaballah also opined that further developing the public sector requires the elimination of bureaucracy, though she rejects calls to amend the current constitution.

Al-Monitor:  What are the main obstacles and difficulties that you faced in this electoral race, particularly considering that this was the first time that a Coptic woman succeeded in winning an individual seat?

Gaballah:  Prior to entering the race, my main concern revolved around the patriarchal culture that permeates society, to the point even where women refuse to vote for other women. Another concern was the fact that the al-Jamaliah and Manshiyat Nasser district that I represent is characterized by its tribal and familial affiliations that dominate the electoral scene. Yet I decided to enter the race despite not hailing from a prominent district family and residing in Heliopolis — not al-Jamaliah or Manshiyat Nasser.

In the end, through my office at the Free Egyptians Party, I gained voter confidence by working hard for the past three years to resolve my district’s problems, succeeding in hooking up a great many houses to the central water supply, despite their lacking such services for the past 17 years. As a result my electoral chances were greatly improved.

Al-Monitor:  Al-Jamaliah and Manshiyat Nasser district suffers from many problems, such as poor health and housing services. As a member of parliament representing this district, how will you deal with these problems?

Gaballah:  First, I intend to join the Parliamentary Local Development Committee to combat corruption on the local and central levels. To solve my district’s problems, we must decentralize the system of governance and give local leaders the authority to tackle issues dealing with health and education, for which they shall be held accountable. Now, when a local leader is admonished, he blames some other entity claiming that the matter was beyond his purview. In addition, a “local parliament” must be established in my district and be composed of local young constituents tasked with communicating with the people and drafting practical and realistic solutions to their problems.

Al-Monitor:  From your perspective as the first Coptic woman to win an individual seat, what do Copts want from the parliament?

Gaballah:  The attainment of parliamentary seats by 36 Copts in total, and my success as the first Coptic woman to win an individual seat since 1923, is proof that Egypt has overcome extremism. Therefore, I must now speak in my capacity as a deputy representing the nation and not just Copts. Laws must be enacted to do away with discrimination, and an anti-discrimination office should be established, as stipulated by the current constitution, to criminalize any activity deemed to discriminate between citizens.

There are other laws that must be drafted to achieve social integration, among them a unified law for the construction of places of worship to establish clear nondiscriminatory regulations relating to the building of mosques and churches.

Al-Monitor:  Do Coptic women have specific demands from the current parliament?

Gaballah:  The demands of Coptic women are the same as those of Muslim women.

Al-Monitor:  As a defender of Egyptian women’s rights, what are your legislative priorities?

Gaballah:  Through my visits to the district, I found that Egyptian women are most interested in the adoption of a new rental law, as the current one threatens the stability of Egyptian families, and a compromise must be reached between tenants and landlords in that regard. Evicting entire families at the end of their rental agreement is very detrimental, especially considering that rents are high to begin with. The Free Egyptians Party has drafted a law that deals with the rental crisis.

Second on the list of priorities is a law that compels the state to provide assistance to female breadwinners who are responsible for their family's expenses. For example, the Ministry of Social Solidarity must grant women who are breadwinners low interest long-term loans, since the state does not aim to profit from such loans.

Al-Monitor:  As a founder of the Himaya [Protection] Movement that aims to develop the public sector and shield it from corruption, what are the key laws that you plan to propose inside parliament in order to achieve said goals?

Gaballah:  The party has many draft laws in the works, aimed at combating corruption and developing the public sector. We must do away with bureaucracy and encourage the public sector into thinking outside the box. For example, the Maspero Egyptian television building is losing 3 billion [Egyptian] pounds [$383 million] per year. We could rent out its studios to private television companies, thus putting its employees to work.

Al-Monitor:  How do you stand vis-a-vis calls to amend the current constitution?

Gaballah:  The Egyptian Constitution must be implemented and translated into laws before talking about amending it. As to the calls for increasing the president’s powers and reducing those of parliament, my opinion is that parliament will not stand against the president, but will cooperate therewith to solve Egypt’s problems.

Al-Monitor:  You stated that your success as the first Coptic woman to win an individual seat in parliament is proof that the nation is homogenous. In the coming years, will we see a Coptic woman holding the post of president of the Arab Republic of Egypt?

Gaballah:  A Coptic woman assuming that role would be a miracle from heaven. The Egyptian people are miracle workers, but personally I am not thinking of running for the presidency.

Al-Monitor:  Do you view the current parliament as one devoid of an opposition?

Gaballah:  Talk about parliament being a consensual non-opposition one is untrue. Parliament’s job is to oversee the government and question ministers in relation to their performance and conduct, as well as review the government’s plans and determine its ability to implement its programs.

Al-Monitor:  Will parliament oppose the government but not the president, particularly considering that the majority of the members of parliament stated their support for the president?

Gaballah:  Parliament will not oppose the president for the sake of opposing him. How can parliament oppose the president if he proposed a national project that benefits Egypt? The president wants Egypt to become a democratic state, and he is well aware that achieving that requires the existence of divergent opinions. As such, he will welcome any opposition that serves the public interest.

Al-Monitor:  Will the Free Egyptians Party ally itself with the Support Egypt bloc?

Gaballah:  The party officially refused joining this parliamentary bloc because the electorate chose their representatives based on their partisan affiliations and not their affiliation with a new coalition possessing unknown goals and programs. Therefore, prior to joining any new coalition, I must garner the consent of all my constituents. 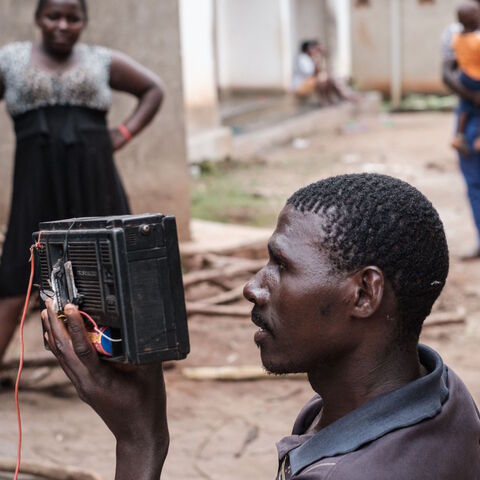