Turks are wondering why Russia is embargoing everything but lemons and nuts. 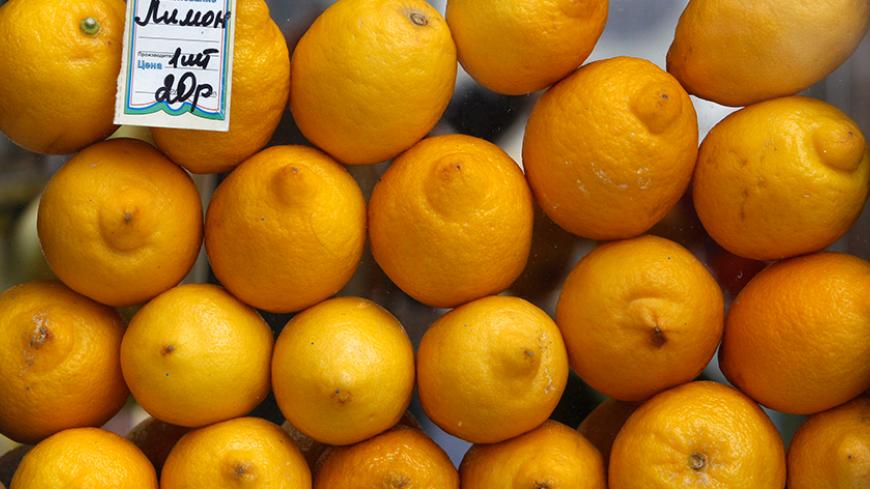 After Turkey shot down the Russian plane, Russia stopped all fresh vegetable and fruit imports from Turkey. However, they did not include lemons and nuts on the list of banned commodities.

Apparently, the Vladimir Putin administration was reluctant to tamper with his people’s vodka pleasure.

Bulent Aymen, president of Turkey’s Mediterranean Exporters Union, said, “Putin did not touch lemon because of vodka.” Aymen said lemon prices in Russia had skyrocketed to $10 per kilogram from $3 because of the drought. “Russians use lemon heavily with vodka in winter. That is why it was excluded from the Russian embargo,” he added.

According to Aymen, Russia bought 62% of its lemons from Turkey in 2013. Last year, Turkey exported $78 million worth of lemons to Russia, which was 68% of Russia’s lemon imports. Aymen said that by the end of October 2015, Turkey had sold $65 million in lemons to Russia. Aymen explained why the lemon was not on Russia’s list of banned commodities from Turkey: “Russia consumes much lemon. There is no other source they can get it from now. Mind you, we are selling plenty of lemons, but there is a 38% decline in our overall exports to Russia. The Russian embargo on fruits and vegetables is not a professional attitude. In developed countries, political developments are not linked to economic affairs. The biggest losers have been our producers and exporters.”

The Russians say that Vladimir Ilyich Lenin, the founder of the Soviet Union, started the country’s affinity toward Turkish lemons. Faruk Akkan, director general of Cihan News Agency who had served in Moscow for many years, told Al-Monitor about Lenin’s special interest in the Turkish lemon: “In his last years, Lenin used Turkish lemons to keep healthy. That is why the Turkish lemon is considered a health cure. They won’t drink tea without lemon. With fish, lemon is a must. Their lemon consumption is way ahead of ours.”

According to the list approved by Russian Prime Minister Dmitry Medvedev as of Jan. 1, 2016, there will be no more purchases of tomatoes, cucumbers, onions, cabbage, oranges, tangerines, nectar, apples, pears, peaches, plums, grapes, strawberries, apricots, poultry, salt and clove from Turkey. In addition to lemons, nuts were also excluded from the list. In 2013, Russia had bought $60 million of these favorite drink accompaniments.

With the Russian ban on fresh fruits and vegetables from Turkey, their prices began to decline in Turkey’s local markets, but because of Russian demand, the price of nuts is going up, as it always does in the holiday season. New Year’s Eve also meant a hike in demand for nuts in the local market. Some newspapers reported that nut prices were competing with gold prices.

The power of Turkish lemons and nuts to penetrate the Russian embargo found extensive space in social media with hundreds of tweets. Here are a select few:

Vodka-lemon is a world renowned cocktail that was even the subject of a movie. The film “Vodka Lemon” won a prize at the 2003 Venice Film Festival. It tells the story of a group of villagers fighting for survival in a remote Armenian village after the collapse of communism in the USSR.

Many Turks are hoping, perhaps, that the much appreciated concoction will help soothe Turkey-Russia tensions.