The recently published fifth translation of the Quran into Hebrew is also the first one executed by a Muslim believer. 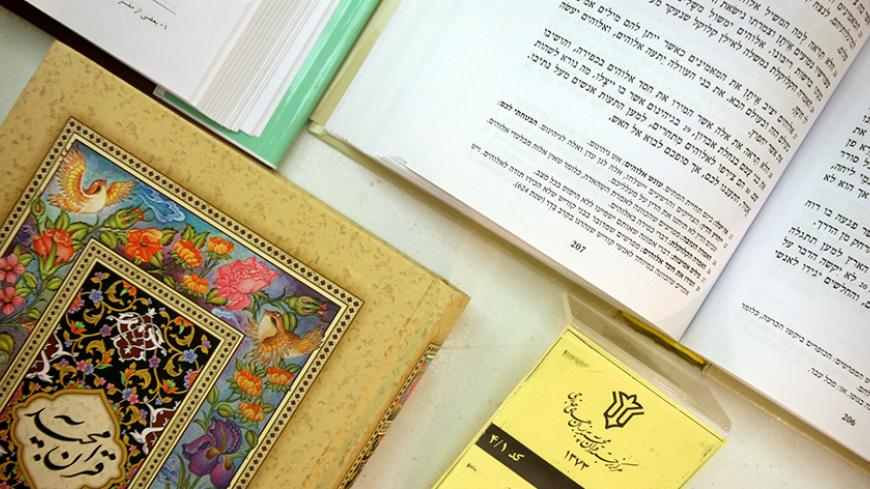 A Quran translated from Arabic to Hebrew is displayed during an international Quran exhibition in Tehran, Oct. 1, 2006. - REUTERS/Morteza Nikoubazl

A new version of the Quran in Hebrew has just been added to the nation’s bookshelves, bringing the total number of translations into Hebrew to five. “The Quran in Other Words,” is the name of the latest translation of the holy text into Hebrew. Unlike the previous four translations, which were translated by Jews, this entire project was done by Muslims.

While the anticipated audience for the book is Israeli, the project’s initiator and publisher is Jordanian. The translation was published and released by Bayanat, an independent center for the study of Islam located in Amman.

The work of translating the text was given to Subhi Ali Adawi, an Israeli-Arab educator from the village of Turan in the Galilee. The 60-year-old father of six children, all of them academics, describes himself as a “believer, but apolitical.” He has taught Hebrew and Arabic in schools throughout the Arab sector for the past 40 years. Today, he is the principal of the high school in the village of Reineh.

“Translating is not just replacing some word or other with the equivalent word in the target language. It also means that the spirit of the language is relayed,” Adawi told Al-Monitor. “The Quran has long, winding sentences, but it also has well-formulated ideas. It is incumbent on the translator to maintain the cohesiveness of the text. Not one of my predecessors preserved the original structure consistently. Some of them used biblical language and forced some connection or other with the Bible, even though the Quran stands alone as an independent text. There is no subjective intervention whatsoever in my text. I didn't add a single word and didn’t try to paraphrase anything.”

Adawi said that he took extra care not to corrupt the word of God. “I had the privilege of being the first Muslim to translate the Quran into Hebrew. Any believer would feel a deep sense of responsibility for the translation,” he said.

The first translation of the Quran into Hebrew was completed by a German Jew named Hermann Reckendorf in 1857. Adawi considers this pioneer work to be an affront. Reckendorf claimed that the stories in the Quran were stolen from Jewish scriptures, and that the Arabic is of inferior quality. In 1936, a new translation by Joseph Joel Rivlin (father of Israeli President Reuven Rivlin) was published. Another translation, this one by Aharon Ben Shemesh, was released in 1971. The most recent — and most accessible version to date — was produced by Uri Rubin a decade ago and published by Tel Aviv University Press.

Adawi spent 3½ years working intensely on this project. "It was a true labor, in every meaning of the word," he said. "It was a Sisyphean and exhausting endeavor, but also an act of worship. I worked on it with a feeling of exaltedness. I approached it with a sense of awe for the divine. After all, the Quran is our Holy of Holies.” The result is worthy of respect. It is an elegant edition, but at the same time accessible to a Hebrew readership. The language itself is highly polished, a rare achievement for someone for whom Hebrew is not his mother tongue.

The biggest challenge Adawi faced during the translation process was “to relay the words as they are. I worked out of a deep belief that I wanted to relay the Quran in a manner that remains faithful to the Hebrew language. That may sound simple, but the Quran is a victim of prejudice and is often subjected unjustly to distorted and flawed interpretations, even among some Muslims. People tend to base their negative opinion about the entire Quran on some reading of a single verse, or even just part of a verse. And there were many linguistic challenges too. Verbs sometimes appear in the past tense, but they must be translated based on the estimated time that the events occurred. Many translators fall into that trap.

“The Quran is a gift to all of humanity. It contains guidelines for proper living, combined with reward and punishment. There are chapters about respect of the other, and there are chapters that exhort people to “go and see,” go tour the land and the people and learn from that. Look how many nations have been here. Look at how they thrived, only to fall, because they veered off the straight and narrow path. That is the Quran. It is a guidebook for humanity.”

“If it is so true and so correct,” I wondered, “why is it subject to so much hostility?”

“That is a political issue,” Adawi said. “It has nothing to do with religion. When you delve into the Quran in depth, you won’t find anything that encourages murder or terrorism, as some people interpret the text. The Quran prohibits killing. It adopts the language of the Jewish Mishnah, when it says in Sura al-Maidah [Table Spread with Food, 5:32], “Whosoever killeth a human being for other than manslaughter or corruption in the earth, it shall be as if he had killed all mankind.” The believer is commanded to adopt pleasant manners in disputing with anyone who thinks differently than he does. The Quran makes many references to the Old and New Testaments. We believe that the three texts are derived from the same tablet hidden in heaven, but that distortions occurred with the other two texts.”

According to Muslim belief, the Quran descended from heaven to the world after God concluded that Jews and Christians had distorted his divine message. Hence, Muslims believe that it is the only holy text that hasn’t been distorted. According to the Quran, Muslims are the chosen people, not the Jews, who have gone astray.

While many people around the world consider the Islamic State to be the most vocal proponent of Islam, Adawi said, “What the Islamic State is doing is not Islam. It is a crime against humanity. We have no commandment to murder children and the elderly while they are out strolling in a Paris park. There is no basis for that in the Quran. There are people whom we are allowed to fight, but there is also plenty of room for tolerance, inclusiveness and respect of the other. That is why it is so important to listen, and the Quran provides plenty of room to listen.”

When Al-Monitor pointed out that the Quran’s attitude toward Jews isn’t particularly friendly, Adawi responded, “There is criticism and even reprimand, but the same attitude exists toward Christians and even some Muslims. Sura al-Baqarah [The Cow] says, for example, that the Jews violate their covenants.”

When asked about how that same sura calls Jews “apes,” he responded, “The verse is referring to those Jews who violated the Sabbath. It says, ‘Be you apes, miserably slinking!’ It is not referring to all Jews.”

“I consider myself a modern man,” he added. “I am open-minded and enlightened, and I respect people, no matter who they are. Humanity is the supreme value for me, but that does not prevent me from having a firm belief in Islam, a belief that I am proud to hold.”

Nabil Tannus, a translator and lecturer on education, is full of praise for Adawi’s translation work. He told Al-Monitor, “He translated the Quran the same way that I would translate a poem. It is very apparent that he dreams these words. His translation is not just literal; he also relays the idea behind the text.”

Tannus, who teaches at the Arab College for Education in Haifa, believes that the Jordanian publisher did a fantastic job. “Visually, the way it is designed is very user-friendly. There are those who opposed the translator’s decision to incorporate comments in the sidebar, but it is very helpful to curious readers and researchers. Furthermore, he took it upon himself to add diacritics marking vowels, and stood up to the challenge. In short, he did an outstanding job.” 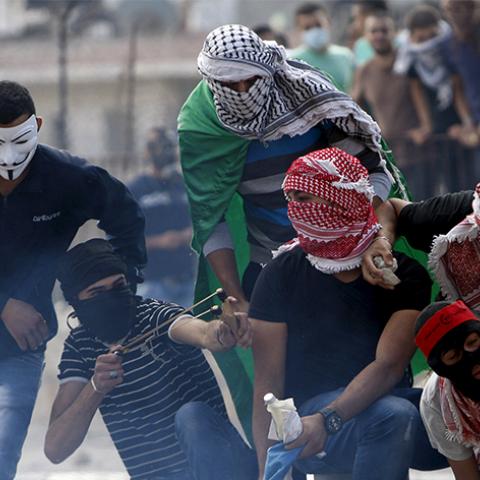