Iranian officials have condemned the attack by Nigerian military forces on Shiite leader Sheikh Ibrahim Zakzaky, who has strong ties to Iran. 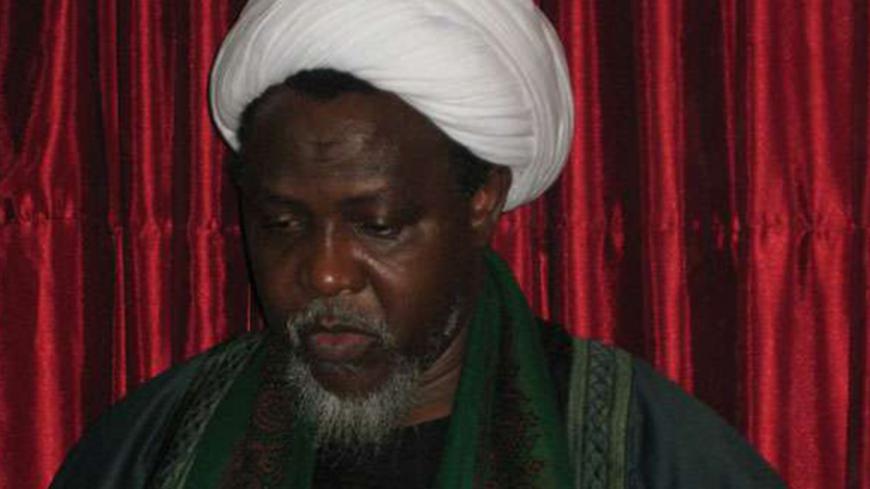 Nigerian Shiite cleric Ibrahim Zakzaky, the head of Nigeria's Islamic Movement, is pictured in 2013. Zakzaky was wounded in a raid on Dec. 1, 2015. - Wikimedia Commons

Iranian officials and media outlets have condemned and expressed concern over the attack on prominent Shiite cleric Sheikh Ibrahim Zakzaky by the Nigerian military. As the leader of the small Shiite community in Nigeria, Zakzaky has close political and religious ties with Iran dating back to the 1979 revolution.

A Nigerian military statement read that members of Zakzaky’s Islamic movement attacked a military convoy with stones in what it called an assassination attempt. However, activists with the movement claim that the raids were pre-planned and occurred at multiple locations, including Zakzaky’s residence and two spiritual centers. They accused the Nigerian forces of indiscriminate killing. Some activists said that there were hundreds of deaths. Earlier reports put the number of dead at 20.

A picture of a bloodied and wounded Zakzaky was shared widely in the Iranian media, as were pictures of the dead from the raid. Zakzaky is currently in custody at a military hospital. Though there were reports that his wife, son and deputy were killed in the raid, his wife was not killed and is also currently in custody. Three of Zakzaky’s sons were killed in a previous raid in 2014.

Iran’s Foreign Ministry summoned the Nigerian charge d’affaires in Tehran after the raid. In a telephone conversation Dec. 14 with Nigerian Foreign Minister Geoffrey Onyeama, Iran’s Foreign Minister Mohammad Javad Zarif expressed Iran’s concern and said that he expects calm to be restored and for the lives of Muslims to be protected. Deputy Foreign Minister for Arab and African Affairs Hossein Amir-Abdollahian said that while the relations between Iran and Nigeria are positive, Iran holds the government responsible for the event.

The attack on Zakzaky was also discussed at an open session of Iran’s parliament Dec. 15. Speaker Ali Larijani said that the parliament is currently preparing a response “to the killings of Nigeria’s Shiite Muslims.” Iranian parliamentarian Hossein-Ali Haji-Delighani said that Iran must prepare an appropriate response to ensure that Zakzaky and his family are compensated for the “oppression inflicted” upon them.

Grand Ayatollah Lotfollah Safi Gholpayeghani said members of Zakzaky’s Shiite movement "pose no danger to their country and are living peacefully.” He condemned the silence of international and Islamic communities on the killings.

Zakzaky’s political involvement and conversion to Shiism coincided with Iran’s 1979 Islamic Revolution. He was born into the Maliki school of Sunni Islam. According to Iranian media reports, Zakzaky first met with the founder of the Islamic Republic of Iran, Ayatollah Ruhollah Khomeini, in Paris just before the revolution. One year after the revolution, Zakzaky again traveled to Iran to meet with Khomeini, and was gifted a copy of the Quran and encouraged to spread its teachings in Nigeria.

Zakzaky began to preach Shiism in Nigeria, where the majority of the country’s 60 million Muslims are Sunni. There are no official statistics about the number of Shiites in Nigeria. Zakzaky was most recently in Iran for a religious festival in Mashhad for Imam Reza, Shiism's eighth imam, in late August, when he met Iran’s Culture Minister Ali Jannati.

While Zakzaky’s movement has been targeted by the terrorist group Boko Haram, which has pledged allegiance to the Islamic State, they have also clashed with the Nigerian forces previously. Hard-line Mashregh News referred to Lt. Gen. Tukur Yusuf Buratai, the 26th Chief of Army Staff of Nigeria, as the “butcher of Nigeria’s Shiites.” The article questioned why the military seems unable to stop Boko Haram attacks while it raids the unarmed Zakzaky movement with assault weapons and RPGs.