How to get Iran's drifting economy back on track

Following Supreme Leader Ayatollah Ali Khamenei’s call for a "command headquarters" for the economy in the post-sanctions era, there is increasing debate in Iran about the need for clear guidance of the economy. 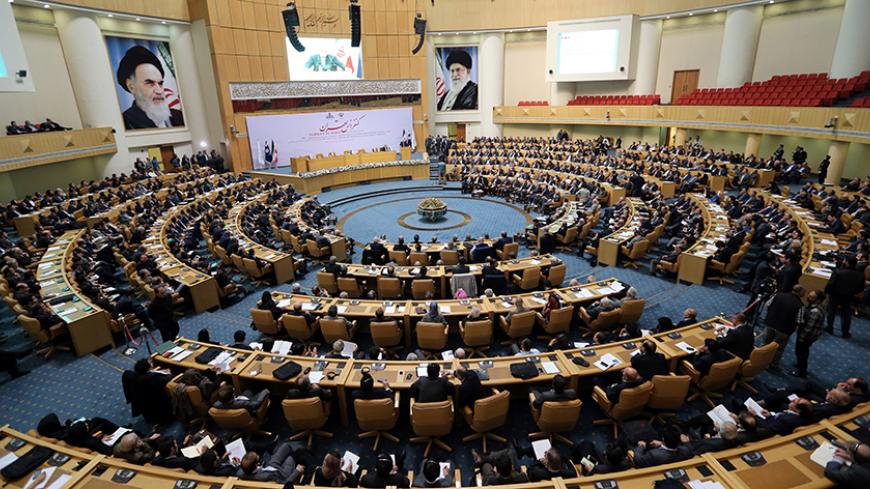 TEHRAN, Iran — Some observers in Iran believe that the national economy needs a coordinator rather than a command center to put everything in order. In other words, a group that has good relations with major market players and open ears to domestic and foreign advisers. However, given the chronic maladies the Iranian economy has been suffering from — inflation, reliance on oil sales, bureaucracy and, more significantly, institutionalized corruption — it would be simplistic to assume that the widespread conflicts of interest between rival groups can be addressed in the absence of an influential and authoritative command center.

The complicated nature of the Iranian economy might indeed have been the very motivation behind Supreme Leader Ayatollah Ali Khamenei’s call in August for the formation of a Resistance Economy Command Headquarters for the post-sanctions era. In this vein, the key questions are: Who will lead this headquarters and how will it manage to succeed?

At present, the main economic policymakers include the Supreme Council of Economy; Management and Planning Organization; Ministry of Economic Affairs and Finance; Central Bank of Iran; Coordination Headquarters for Economic Affairs; and Coordination Headquarters for Resistance Economy. However, it is not yet clear which one of these bodies is actually leading the direction of the national economy.

Critics believe many of the economic objectives set by the bodies mentioned above are not coherent. Indeed, the authorities seem to have failed to correctly define the problems the economy faces, recognize the beneficiaries, find the right analytical methodologies and develop a comprehensive statistical system — all of which are prerequisites for an effective economic policymaking process.

Mahdi Barakchian, a prominent academic based at Sharif University of Technology, argues that a top decision-making body, if formed, can ensure the coherence and consistency of policies. So far, no policymaker has been able to play a central role in leading the economy into prosperity, although many believe the Coordination Headquarters for Economic Affairs, whose sessions President Hassan Rouhani has regularly attended in the recent past, has the potential to command the final word. Rouhani set up this body two years ago, upon taking office, to get directly involved in the economic decision-making of the country. The entity has 10 members and is chaired by the president, who regularly heads its meetings, which are held twice a week. The headquarters aims to coordinate the main economic officials who work within the Rouhani administration.

Alinaghi Mashayekhi, an economist and lecturer, believes the Iranian economy needs an "integrated, agile and strong" body to address the myriad economic woes, lamenting that the Supreme Council of Economy — one of the oldest policymaking bodies in the country — has lost its function. He insists that a new economic command center should be formed to address the “big problem,” which he says is the lack of a supervisory mechanism. Almost every technocrat in Iran agrees that the elected president must chair the command group and, of course, urges the president to spend more time meeting with top economic officials and experts on a regular basis.

A command center is seen as an opportunity that should be seized, given the many economic woes that have not been addressed in the past couple of years — even under Rouhani. Among these matters is the huge government debt, which is estimated at as high as 4 quadrillion rials ($130 billion) — more than double the central government’s budget. This massive debt is just the tip of the iceberg, as the government also has to try to improve the overall business environment, get rid of the inefficient state economy and address the country’s looming water crisis — just to name a few of the key challenges in the coming years.

Given the desperate state of the job market and the lost social welfare in the past decade, the government must make an urgent and wise decision on the economy if it is to satisfy public opinion. Barakchian warns that Iran’s economy needs to attract at least $150 billion in foreign investment by March 2021 to achieve the average 8% growth rate set in the sixth five-year economic development plan. He argues that even if this capital is attracted, the country’s gross domestic product per capita in 2018 will not even approach that registered in 2011, let alone that reached in 1977. Indeed, he predicts that every political party would lose if the Rouhani administration fails in its attempt to save the ailing economy — including the conservatives. In this vein, “the re-emergence of a populist government would also be predictable,” he warns.

To avoid such a dire scenario, it would be a good idea for the moderate incumbent administration to immediately form an authoritative economic command headquarters composed of senior economic officials and experts, including some who represent the moderate conservative parties. Such cooperation will have three major advantages: First, the Rouhani administration, which has concerns about losing popularity as a result of the adoption of tough economic policies, can share the impact of the likely social backlash with its conservative rivals. Hence, the moderates will be able to minimize the social and political consequences of the adoption of unpopular — but wise — economic policies. Second, if moderate conservatives are involved in the macroeconomic decision-making process, the administration would be able to indirectly control the mass media campaigns that might oppose and undermine its economic policies, given that the state broadcaster and many influential media outlets are controlled by conservative groups. Lastly, only when the administration’s concerns about public opinion are addressed will policymakers dare to shift from a short-term to a long-term economic approach — a strategy that could help Rouhani’s team enhance market stability and ultimately reform the economy — without undermining its political standing.