The recent congressional vote to target travelers who have visited Iran and whose countries are members of the US Visa Waiver Program is empowering hard-liners in Tehran. 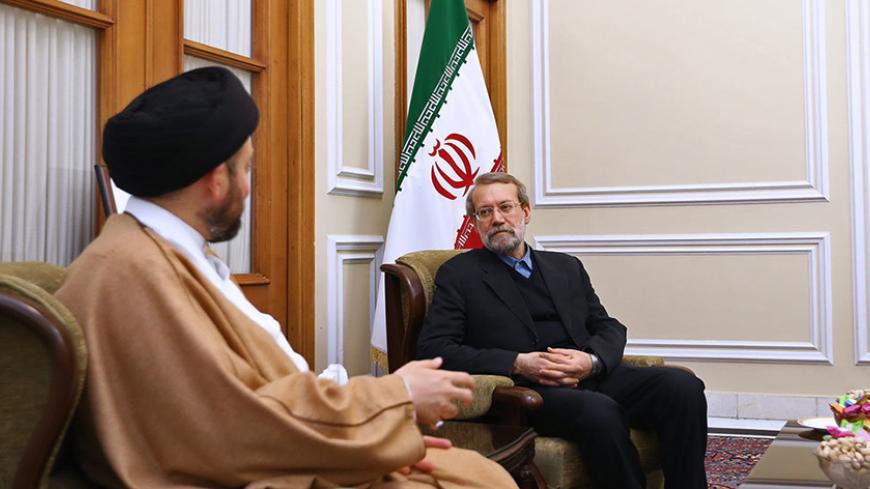 For years, many in Iran have seen the anti-American discourse of domestic hard-liners as the cause of Washington’s antagonistic policies against the Islamic Republic in recent years — including the sanctions targeting the Iranian nuclear program. Some analysts from both the Iranian conservative and Reformist camps have been of the belief that with softening of the rhetoric and engagement with the United States, some of the tensions will be eased.

Indeed, in the final year of former President Mahmoud Ahmadinejad’s second term (2009-13), the atmosphere in Iran was such that except for Saeed Jalili — the former chief nuclear negotiator — all other candidates in the 2013 presidential election expressed their willingness to revise nuclear policies and to engage in serious negotiations with the West.

Hassan Rouhani, who sternly criticized Ahmadinejad’s nuclear policies, won the election and appointed Mohammad Javad Zarif as foreign minister. Consequently, and as a result of the softening of the rhetoric and engagement in talks with the United States, the Joint Comprehensive Plan of Action (JCPOA) was signed between Iran and six world powers in July. The agreement was seen as evidence that if Iran engages in serious talks with the United States, issues can be gradually solved. Even Supreme Leader Ayatollah Ali Khamenei pointed to the likelihood of extending negotiations to other non-nuclear issues if the United States proves to be trustworthy.

This line of thinking, however, is changing with the recent series of US measures — including the recent congressional vote to restrict visa-free travel to the United States for those who have visited Iran in the past five years. Indeed, many in Iran are coming to the conclusion that no matter what rhetoric or action the Islamic Republic may assume, the United States will continue its enmity with Iran. Thus, a new consensus is being formed — but this time, against the United States. People from almost all political orientations have interpreted the new Visa Waiver Program (VWP) changes as running counter to the JCPOA. Ali Larijani, the parliament speaker and a powerful conservative supporter of the nuclear negotiations, has criticized the law, while many Reformist politicians have also condemned it as being against Iranian goodwill in engaging with the United States. Zarif, the foreign minister and chief nuclear negotiator, has additionally said that the new law breaches the JCPOA.

When seen in the light of historical parallels, the recent developments could be an alarming sign that certain elements in the US foreign policy establishment are seeking to paralyze any effort to normalize relations with Iran.

Indeed, the reality is that previous efforts on the part of Iran to engage in strategic dialogue with the United States have been to no avail. In 2001, two weeks after the fall of Kabul, an Iranian delegation attended the Bonn Conference, where it engaged in talks with the United States over the future of Afghanistan. Describing the Iranian delegation’s cooperation at that time, James Dobbins, who was then the White House’s special envoy for Afghanistan, said, “All these delegations proved helpful. None was more so than the Iranians.”

Iran was hoping that those talks would extend to a broader range of issues, as former National Security Council, State Department and Central Intelligence Agency official Flynt Leverett has said, but “that channel was effectively foreclosed when President [George W.] Bush in his 2002 State of the Union address labeled Iran as part of the ‘axis of evil.'” Indeed, that metaphor was utilized by hard-liners in Tehran to torpedo Reformists who were in favor of engagement with the West.

Daniel Heradstveit and G. Matthew Bonham have studied the impact of the “axis of evil” discourse on the internal politics of Iran, concluding that it “strengthened the rhetorical position of conservatives vis-a-vis reformers.” The main problem with the metaphor was that it targeted “entire countries” — including their peoples — rather than problematic policies, or even political leaders. Hence, “the metaphor mobilized the entire country — including ‘friends’ of the US.” Reflecting on the ultimate effect of the “axis of evil” discourse, Heradstveit and Bonham concluded that it had “become a powerful rhetorical tool for mobilizing the ultra-conservative and anti-democratic forces in Iran.”

Similarly, the congressional vote to revise the VWP is a godsend for Iranian conservatives — especially as the country is about to hold important parliamentary elections in February. For hard-liners, and many others in Iran, the recent congressional measures are evidence of that the United States will not cease its enmity with Iranians. In this vein, the argument is that moderates and Reformists are wrong about that the United States’ enmity is at least partly because of the anti-American rhetoric of conservatives, but rather as Ayatollah Khamenei stated in May 2014, “The enmity of our enemies is rooted in the resistance of the Islamic Republic against global arrogance and against the hideous habit of dividing the world into the oppressor and the oppressed. Other issues are excuses. Today, their excuse is the nuclear issue. One day, their excuse is human rights and another day, their excuse is something else.”

History has shown that US Republicans prefer Iranian hard-liners over moderates and Reformists when it comes to foreign policy. This has never been more evident than when 47 Republican senators wrote a letter to Iranian lawmakers in March. US President Barack Obama did not exaggerate when he said, “They [Iranian hard-liners] do have much more in common with the [US] hard-liners.”

More than ever before, the de facto alignment of Iranian and American hard-liners came into focus during the nuclear negotiations. Former Intelligence Minister Ali Younesi, who now serves as an adviser to Rouhani, talked about the shared interests of Iranian extremists with those of US and Israeli extremists. “Today, the approach of extremists of Iran is the same as the extremists like Netanyahu, the GOP and the American Congress,” Younesi said.

Today, moderates are at a historical crossroads in Iran: Their nuclear initiative — the biggest foreign policy issue after the 1979 Islamic Revolution — has been proven to be a success. Rouhani has curbed inflation from 34.7% in 2013 to almost single digits. Economic growth is also predicted to increase to 5% by next year, as sanctions are set to be lifted under the JCPOA. Almost all grounds for a stunning moderate and Reformist victory in the coming parliamentary elections are in place. Yet, hard-liners have also started a counteroffensive to recapture ground that has been lost to Reformists and moderates. Nothing could have helped hard-liners in Tehran more than the VWP changes. Once again, Republicans in the United States betray Reformists and moderates in Iran.