How to stop Islamic State recruitment

Efforts to identify susceptible young people early can protect them from the approaches of the Islamic State. 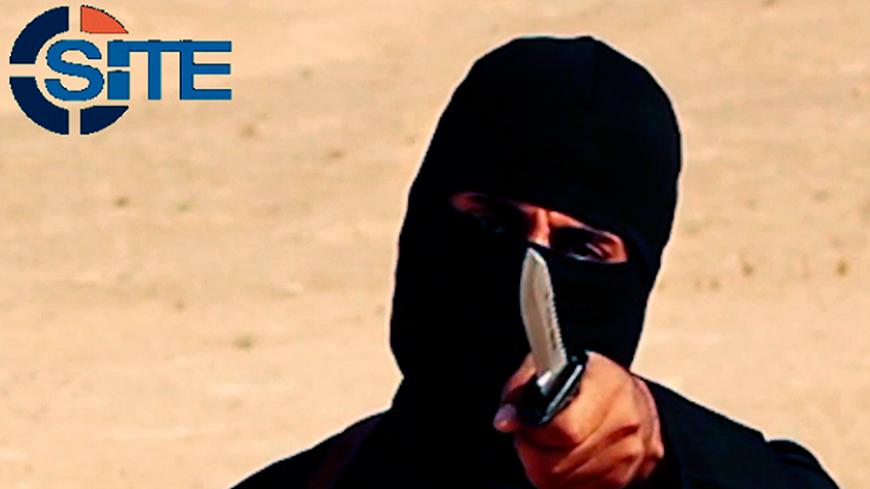 A masked, black-clad militant, who has been identified by the Washington Post newspaper as a Briton named Mohammed Emwazi, brandishes a knife in this still image from a 2014 recruitment video obtained from SITE Intel Group, Feb. 26, 2015. - REUTERS

As President Barack Obama struggles to reassure Americans that his administration has a handle on terrorism, specialists in the burgeoning field of countering violent extremism (CVE) say the US government should devote more resources to domestic programs that can prevent susceptible youth from succumbing to the approaches of terrorist groups.

In the aftermath of the San Bernardino shootings, political candidates such as Donald Trump have focused on the threat of terrorists entering the United States from abroad. But so far, those responsible for the most mayhem in the United States have been US citizens who “self-radicalize” through contacts on the Internet or with other recruits.

According to a new study by the George Washington University Program on Extremism, of the 71 individuals arrested in the United States since 2014 on charges of links to the group that calls itself the Islamic State (IS), 58 were American citizens, six were permanent residents and nearly half were converts to Islam.

Meanwhile, the number of Americans lured into traveling to Iraq and Syria remains relatively small, about 250, compared with thousands of Europeans and others who have sought to join jihadi groups.

“It’s something you can wrap your arms around,” Seamus Hughes, deputy director of the program at George Washington University, told Al-Monitor in an interview. Hughes, co-author of the new study and an earlier report on the topic, previously worked at the National Counterterrorism Center and helped organize a White House summit in February on CVE.

According to congressional testimony earlier this year by Nicholas Rasmussen, the director of the National Counterterrorism Center, those who gravitate toward IS are “disenfranchised individuals seeking ideological, religious and personal fulfillment.”

Hughes told Al-Monitor that there is “no one profile” when it comes to an IS recruit in America apart from the fact that recruits tend to be young. He said the average age of those arrested for ties to IS since 2014 is 26 and a third are under 21. Given their youth, Hughes advocates intervention strategies targeted toward minors.

There are currently three pilot programs in the United States — in Denver, Minneapolis and Boston — where religious and community leaders as well as parents, friends and other mentors are encouraged to work with young people who show signs of radicalization.

When applied in time, such interventions can be successful. For example, the FBI in Denver identified a young woman named Shannon Conley and was able to convince her — by working with her parents and religious leaders — not to join the jihad in Syria but to work at home to help Syrian refugees.

In Minneapolis, where there is a large ethnic Somali population that previously was targeted by the extremist group al-Shabab, a teenager named Abdullahi Mohamud Yusuf who was accused of seeking to join IS was instead released to a halfway house on condition that he “work with a group that promotes civic involvement,” the earlier report by Hughes and program director Lorenzo Vidino said.

Experts say these programs should get more funding and be replicated across the country.

“They’re trying to do more interventions, but it’s not systemized, which it needs to be,” Matthew Levitt, an expert on terrorism from the Washington Institute for Near East Policy, told Al-Monitor. Levitt said there are also no clear guidelines for what to do if an intervention is unsuccessful or if a targeted youth refuses to cooperate.

“We don’t have the authorities to act if someone doesn’t respond to the intervention,” Levitt said. “Are there ways to have it be like a probationary system or plea agreement where you would have to participate in a program” to avoid incarceration?

Levitt likened the techniques needed to dissuade young people from joining IS to those used for dealing with gangs and drugs. “We should not be entirely reinventing the wheel,” he said.

A program in Denmark’s second-largest city, Aarhus, has had some success reintegrating Somali immigrants who fought in Syria. The program makes use of trusted mentors who are assigned to at-risk youths. According to the George Washington University report, Danish officials also visit schools with large Muslim enrollment to “explain and dispel misconceptions about Danish society and foreign policy.”

France, where a staggering 60% of prison inmates come from families of Muslim background, has sought to identify potential radical recruits and provide clerics who preach tolerant views, Gilles de Kerchove, counterterrorism coordinator for the European Union, told a Washington symposium earlier this year.

A French official, speaking on condition that he not be named, told Al-Monitor that there have also been "a lot of projects over the years through associations created to foster relationships between the communities in France. These are mostly nonprofit efforts hand in hand with local authorities in urban areas."

Hughes and Vidino write that while statistics are hard to obtain, “officials throughout Europe consider targeted interventions an extremely useful complement to traditional counterterrorism tactics.”

US officials queried by Al-Monitor declined comment when asked to provide a figure for the amount of federal funding currently allocated to community intervention programs. They also would not respond on the record to criticisms of the lack of a lead US agency for CVE programs.

While law enforcement and intelligence cooperation has improved substantially since the Sept. 11, 2001, attacks, there is no single organization that has authority over CVE programs. The State Department takes the lead on CVE abroad but a plethora of bodies deal with domestic terrorism, including the Department of Homeland Security, the Department of Justice and the FBI.

Hughes said it would be better if one agency had the lead for CVE and there was a single line item in the federal budget for such programs.

While there are “legitimate different lanes in the road, you need a single lead agency so you can get a sense of accountability and congressional authorizers and appropriators know who to call if they have concerns or questions,” he said.

The House Committee on Homeland Security has passed a bill, the Countering Violent Extremism Act of 2015, that would put CVE efforts at the Department of Homeland Security under an assistant secretary and provide $10 million annually for programs to prevent US citizens from being recruited by terrorists.

In the aftermath of the San Bernardino shootings, much attention has also focused on the use of social media for radicalization. Tashfeen Malik, the Pakistani-born wife of fellow shooter Syed Rizwan Farook, posted messages on Facebook in 2012 and 2014 saying she hoped to join the jihad. Malik also posted on the day of the shootings, pledging allegiance to IS.

The George Washington University study found that “several thousand Americans consume [IS] propaganda online creating what has been described as a 'radicalization echo chamber.'”

Obama administration officials have rejected suggestions that they try to censor the Internet, while urging Twitter, Facebook and other social media companies to do a better job of policing themselves.

At the same time, suspect accounts provide a valuable source of intelligence for law enforcement agencies and others seeking to identify potential terrorist recruits. Many of those arrested for links to IS have been caught through FBI sting operations.

Seeking to calm a jittery US public, Obama is holding a series of meetings with counterterrorism and Pentagon officials before departing for his Christmas vacation. White House press secretary Josh Earnest told reporters Dec. 14 that so far this year, authorities have arrested 15 people accused of planning to carry out terrorist acts and detained more than 60 individuals attempting to travel to Syria. The FBI has active investigations into 900 IS sympathizers in 50 states, Hughes said.

Despite the growth of IS’ appeal since it declared a "caliphate" in Iraq and Syria, terrorist events in the United States remain relatively rare. The death toll in mass shootings by right-wing ideologues outnumbers that from jihadi acts by 48-45 since Sept. 11, 2001. Other gun crimes kill more than 10,000 people in the United States annually.