Who are 'Allah's lions'?

A mysterious security force has taken the lead in operations in Turkey’s Kurdish areas, raising alarm with its heavy-handed methods and seemingly religious motivation. 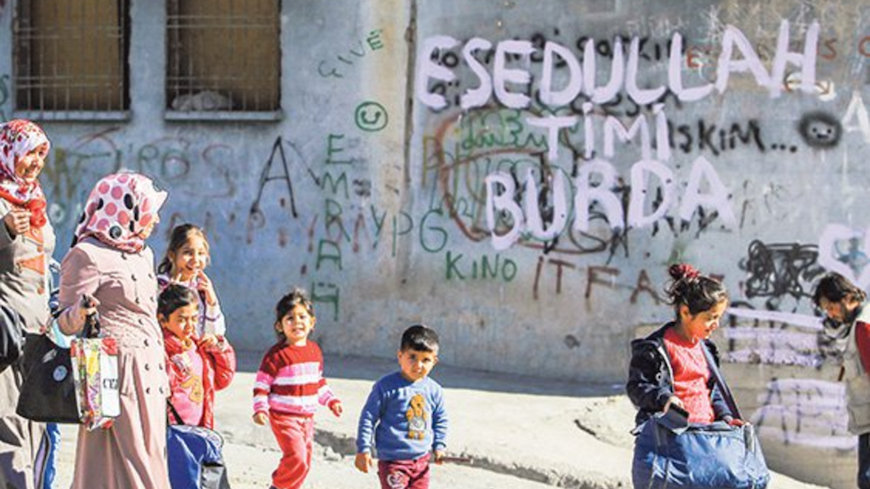 For several months now, Turkey’s predominantly Kurdish southeast seems to have been thrown back to the 1990s, a period marked by gross human rights violations, as the Kurdistan Workers Party (PKK) pushes a new strategy extending armed confrontations to urban areas.

The bloody unrest in cities and towns has followed a distinct pattern: PKK militants first dig trenches in various neighborhoods and then proclaim the area an “autonomous region.” The local governor subsequently responds by imposing a round-the-clock curfew, which not only bars residents from going out but completely cuts off the area, making it off-limits to the media and any nonresidents, as the security forces move in to purge the PKK militants.

The curfews and the ensuing clashes have lasted up to 10 days in some areas, with civilians confined to their homes, unable to go out to buy food or go to the hospital. The security operations, unfolding away from the public eye and media scrutiny, have led to allegations of grave human rights violations, including claims that civilians are deliberately killed in raids that sometimes involve tanks and aerial bombardments.

Neighborhoods have been completely destroyed, and the media have carried images reminiscent of war zones, with walls torn down and houses riddled with bullets and mortar shrapnel.

Judging by the extent of the destruction and bloodshed, one could conclude the Turkish state has reverted to its familiar, heavy-handed style of “problem resolution.” Yet, some images captured by the media and witness accounts point to a new, alarming element unseen in the country so far. In the town of Idil in Sirnak province, for instance, special operations police forces, clad in black and wearing balaclavas, were filmed celebrating a “successful” operation by firing in the air and chanting "Allahu akbar" (God is great). Police and soldiers fighting in the Kurdish areas are known to be using nationalist slogans and symbols, but the use of religious ones is unprecedented.

Representatives of the pro-Kurdish Peoples’ Democratic Party (HDP) have expressed dismay at how “different” the security forces operating in cut-off neighborhoods are. “They point guns at women and children. They force men to lie face down and then stamp on their hands, feet and backs. They know no law. Their faces are covered and no one even knows who they are,” HDP lawmaker Caglar Demirel said last week.

In remarks to the Diken news site, residents of Diyarbakir’s Sur district, which has seen some of the worst curfews, offered other disturbing descriptions of the masked men. “They cover their faces. Some have long beards and look as if drugged,” one resident said. Another man expressed doubt that the men were police at all. He said, “The police here are not the normal police of the state. They have long black beards and don’t look like police at all. I don’t believe they are actually police. With their long beards, they look more like Islamic State [IS] militants than the police of the state.”

As the concerns of the Esedullah teams grow, lawmakers from the HDP and the main opposition Republican People’s Party (CHP) took the issue to parliament last week. In a written question to Interior Minister, HDP lawmaker Idris Baluken, an HDP lawmaker for Diyarbakir claimed that “the masked men who call themselves the Esedullah team” looked like IS militants and chanted “IS slogans,” spoke a language other than Turkish or Kurdish, used force against civilians “mercilessly” while chanting "Allahu akbar" and appeared “to take inspiration from the methods used by IS.”

The CHP’s Sezgin Tanrikulu, meanwhile, submitted a written question to the prime minister, asking “who and for what purpose were the Esedullah teams created?” He demanded an explanation also on allegations that the security forces “acted with feelings of vengeance.”

In response to the growing outcry, the Interior Ministry last week launched an investigation, though not into the Esedullah teams in particular but into the threatening graffiti inscribed on neighborhood walls during security operations.

So, who are the Esedullah teams? The available information falls short of providing a clear answer. Yet, what has emerged so far from news reports, witness accounts and images in the media suggests that a group within the police — religiously motivated, heavy-handed and hostile to Kurds — is increasingly taking the forefront in security operations in the southeast.

The locals tend to believe these policemen share the same mindset as IS fighters and see them as an IS-linked paramilitary force. Regardless of whether this perception has any factual basis or stems from psychological fears only, one thing is certain: It serves no good for Turkey’s Kurdish problem, already mired in conflict, tensions and mistrust.