The IDF must face a shift in the current violence wave, where Hebron takes the lead alongside East Jerusalem, as both have a high level of daily friction between Jews and Palestinians and constant religious tension. 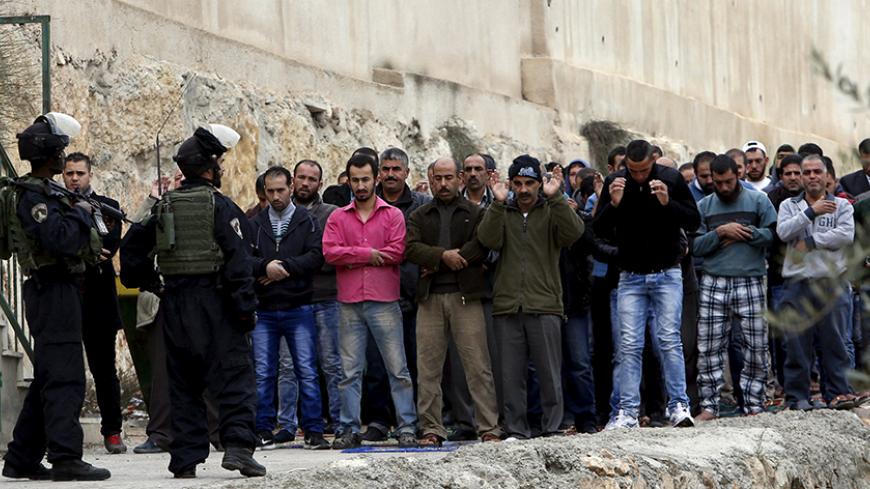 Ever since the outbreak of the current wave of terror, and despite Israel’s insistence that this is not an intifada but a transient wave, the defense establishment has been trying to analyze what motivates young people to set out every day to carry out attacks in Israel. It strives to profile the rank-and-file terrorist and map out the areas that are considered to be the centers of the popular uprising. Analyzing the characteristics of this wave of terror, which has been taking place without the umbrella of the Palestinian organizations and even as an act of defiance against them, military intelligence and Shin Bet research departments are expected to provide top military brass and senior Shin Bet officials with general guidelines as to how to curb this wave of assailants.

Unlike the second intifada (2000-2005), the Israel Defense Forces (IDF) this time do not have clear targets that can be labeled as centers for planning and executing attacks. Consequently, all the combative terms — strike, destroy, deter, thwart — become useless. Because there are no wanted terrorists and there is no terrorist infrastructure that can be specifically designated, the IDF has no choice but to resort to a defensive strategy.

This started by deploying large forces and setting up barriers and roadblocks in East Jerusalem’s neighborhoods, where most of the assailants came from during the initial stages of this wave of terror. Now it seems that the center of the popular uprising has shifted to Hebron. Both places — Hebron and East Jerusalem — are sensitive and volatile centers, and every well-trained intelligence researcher can define what motivates their residents to carry out attacks in Israel.

On Nov. 2, the Meir Amit Intelligence and Terrorism Information Center published a detailed analysis that attempted to establish a uniform profile of the terrorists who have been perpetrating the attacks since the beginning of October 2015. The institute’s researchers collected information about every attack that was carried out in recent weeks in Israel — who did it, their age, gender and area they came from. An analysis of the incidents suggested that as of the date of the report’s publication, 31 out of 35 terrorists (nearly 90%) hailed from East Jerusalem and Hebron. The researchers account for this by noting that these two cities are both under constant political, social and religious tension between Israelis and Palestinians. Both places are home to holy sites for Judaism and Islam — the Temple Mount (aka Haram al-Sharif) and the Cave of the Patriarchs. In both cities, the level of friction between the Palestinians and the Israeli population runs high because they live side by side, in nearby streets and neighborhoods.

The researchers further observed that East Jerusalem and Hebron have unique features that affect the motivation of Palestinians living in those areas to mount attacks. In Jerusalem, this is attributed to decades-long neglect of infrastructures. In Hebron, this is due to the daily clashes with the Jewish settlers and the protection the IDF gives them. This is manifested in the creation of a Jewish enclave in the city and the exclusion of Palestinians from it. In addition, streets, businesses and homes are being shut down, resulting in many streets becoming desolate.

Since the report came out, 12 additional attacks or attempted attacks took place, including drive-by shootings, vehicular attacks and stabbings. During the weekend of Nov. 6 and 7, four incidents were recorded, three of which were in Hebron. While the defensive measures declared by the government have put almost a complete stop to terrorism from East Jerusalem, Hebron, on the other hand, has become the champion of the resistance as well as the IDF’s bigger problem.

Approximately 200,000 Palestinians live in Hebron. According to the last census, conducted in 2007, there were 168,000 residents and fewer than 1,000 Jews, all of whom live in houses in the old city and close to the Cave of the Patriarchs. Being the most affluent city in the West Bank, it is also considered the supplier of raw materials and consumer goods to all towns in the West Bank. Hebron exports over 5 billion shekels ($1.3 billion) of commodities and unique industrial products to Israel, mainly marble that is processed at Hebron’s quarries, leather goods, clothing and other small-industry products. Contrary to the Palestinian population there, the Jewish community inside Hebron is not productive. Its residents mainly study Torah and are busy fulfilling their (self-defined) objective of cementing the Jewish hold in the city of Abraham.

To avert friction between the Jewish community and the Palestinian population in the city, the IDF removed thousands of Palestinians from various areas in the Old City. Palestinians’ vehicles, for example, are prohibited from entering Shuhada Street (Hebron's commercial axis), which is located close to the Cave of the Patriarchs. In another section of the city, Palestinians are prohibited altogether from going in, while in other parts, Palestinian residents can go to their homes only if their names appear on a nominal list that allows them access through the IDF checkpoint.

Palestinian residents who I have talked with and who live close to the Jewish quarter in Hebron are convinced that the IDF is trying to leverage the escalation to expand the restricted zone, or in other words to banish Palestinian residents. In and of itself, this issue alone ramps up tension in the city, increasing the motivation of young people to carry out attacks.

And this is precisely the dilemma with which the IDF is grappling now: If it applies a heavy-handed approach to Hebron’s residents, their motivation to rise up and clash with the Israeli military in mass violent demonstrations, which have so far rarely taken place, will only increase. On the other hand, the IDF’s policy of restraint in recent weeks has failed to deliver.

The analysis of the “new terrorist” has also raised the issue of emulation: Every terrorist who carries out an attack against an Israeli in Hebron or elsewhere immediately becomes a revered role model that other youths want to follow so they, too, can enjoy the glory and admiring recognition that comes with it. Previously covered in Al-Monitor, this phenomenon is gaining traction, and many young Palestinians are aspiring to become shahids (martyrs) and be inducted into the Palestinian “hall of fame.”

Hence, the way to combat the “Hebron phenomenon” at this time is not by deploying more military troops in the city. Any deterrent or heavy-handed approach that Israel will use against the civilian Palestinian population could backfire and become another motivator for attacks, thus leading to a vicious circle. Presently, the close security cooperation between Israel and the Palestinian Authority (PA) continues. However, since this time around the perpetrators of the uprising are not the Palestinian organizations, tracking down the assailants prior to the act is nearly impossible.

For this reason, the only way for the IDF to cope with the problem of Hebron is to engage in full cooperation with the Palestinian security agencies — not just exchange information and intelligence. It also needs to see to it that PA policing forces deploy in the city. And in order for the forces of President Mahmoud Abbas not be declared by the local residents as collaborators, their deployment — in coordination with Israel — has to be defined by the PA as its own interest in defending the city’s residents and preventing the entry of Israeli troops, which could result in many casualties and broad civilian chaos.

If calm is achieved for several days or weeks, the city could perhaps go back to normal. A quiet Hebron will affect the entire West Bank. Put differently, only Hebron could probably stop the wave of terror.