Will progress on regional issues be achieved if Iran's role in the region is recognized? 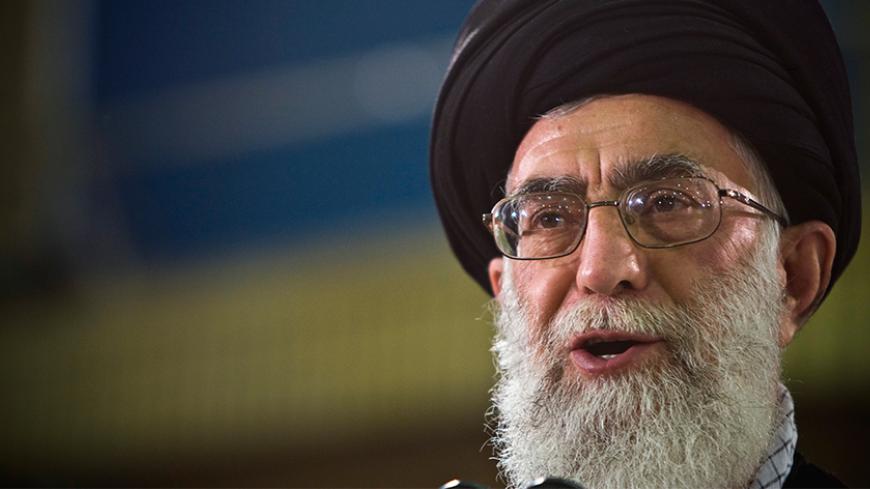 When the dispute over Iran’s nuclear program began in 2003, I was a member of the first Iranian nuclear negotiating team. At the time, Ayatollah Khamenei made it very clear to us that he was supportive of taking steps to conclusively substantiate that Iran’s nuclear program was exclusively for peaceful purposes. He was open to making the nuclear program beholden to the maximum verification measures under international law, and even by constraints, as an unprecedented confidence-building measure. What the ayatollah fiercely rejected was Iran giving up its legitimate right to enjoy the benefits of nuclear technology, and in particular, uranium enrichment at the levels required for peaceful purposes, such as generating nuclear energy. At that time, he even told current President Hassan Rouhani, who was then chief nuclear negotiator, that if Iran were to give up its right to enrichment, it should either come after his death or his resignation as supreme leader.

The nuclear negotiations between Iran and European powers during the latter years of the presidency of Mohammad Khatami, from 2003 to 2005, failed principally because the United States was not willing to accept Iran’s right under the Nuclear Non-Proliferation Treaty to enrich uranium for peaceful purposes, while Iran’s negotiators were not allowed to engage in direct negotiations with the United States about the nuclear issue.

Ayatollah Khamenei first permitted direct negotiations between Iran and the United States on the nuclear issue after US President Barack Obama came into office, during the presidency of Mahmoud Ahmadinejad. Direct talks were held first in Vienna in 2009 and continued in Muscat in 2012. With the election of Rouhani in June 2013, a more professional nuclear negotiating team was appointed and a more favorable international political climate for serious negotiations was created. To accommodate a nuclear deal, Ayatollah Khamenei gave permission again for direct talks between Iran and United States, allowing for the bilateral negotiations that proved to be the critical prerequisite to the nuclear deal to eventually be reached.

Indeed, it is of crucial importance to note that the Rouhani administration would not have been able to reach and uphold the nuclear deal without the support of Ayatollah Khamenei. Hard-line domestic opponents of Rouhani would have certainly killed the deal if not for the supreme leader’s explicit support for the administration and nuclear negotiators. When the parliament was debating the nuclear deal these past several months, I was in Iran and witnessed firsthand the bellicose nature of the opposition. The rhetoric reached such a level of hostility that at one point a hard-line parliament member menaced Foreign Minister Mohammad Javad Zarif, threatening to put him and Iran’s Atomic Energy Organization head Ali Akbar Salehi in the “heart” of Iran’s plutonium reactor and “bury” them “in cement.”

Fortunately, Iran’s Parliament Speaker Ali Larijani, a moderate conservative with pragmatic views of world affairs, was a supporter of the negotiating team from the beginning and did everything in his power to get the nuclear deal through parliament successfully. While in Iran, I observed the details of the events in parliament and can say with certainty that Larijani played an important and historic role in this respect. However, the truth is that even he could not have achieved what he did without the support of Ayatollah Khamenei.

In his recent meeting with Iranian diplomats, Ayatollah Khamenei said the impact of different administrations only goes as far as the tactics and executive initiatives of the country’s foreign policy strategies. Yet, there is no doubt that presidential administrations have had an important role in shaping Iran’s international agenda. The Ahmadinejad and Rouhani administrations’ differing foreign policies is a clear indicator of this truth. However, according to Iran’s constitution, the supreme leader is the ultimate decision-maker when it comes to Iran’s foreign policy.

The diplomatic process that resolved the 12-year nuclear impasse between Iran and the West demonstrated the positive, constructive and definite role Ayatollah Khamenei is willing to play if world powers recognize the legitimate rights of Iran.

If Western decision-makers carry over this mentality into regional issues, they will be able to utilize the strength of Iran’s supreme leader and the capability of Rouhani’s moderate government to resolve many of the current crises in the region. There could be great progress if the West demonstrates recognition of Iran’s role in maintaining peace and security in the Persian Gulf, its exportation of energy and its need for strategic relations with neighbors such as Afghanistan and Iraq.

The current crises in the Middle East, whether in Syria, Yemen, Iraq or Afghanistan, can only be solved politically, through negotiations that incorporate all of the relevant regional players — including Iran. As US Deputy Secretary of State Antony Blinken recently stated, it's “hard to imagine a solution to the Syrian crisis” without Iran. In fact, the reality is that none of the conflicts currently tearing the region apart can be resolved without the presence and help of Iran.

Ayatollah Khamenei, before the final nuclear agreement was reached in July, emphasized that if the United States maintains an equitable approach toward resolving the nuclear issue, a path for cooperation on other issues will open. He acted on his promise and allowed Zarif to participate in the multilateral negotiations being held in Vienna over the Syrian conflict. It would be a strategic mistake for the United States and the West to invest in Iran’s domestic factions, whether moderates or conservatives. If the West, including the United States, stays on the path of maintaining an even-handed and realistic approach toward Iran, the door will certainly be opened to broad cooperation on also managing other regional crises such as Yemen, Iraq, Afghanistan and the fight against the so-called Islamic State.