How Egyptian revolutionaries rocked the vote

In an interview with Al-Monitor, Mohamed Badran, the young head of the Nation's Future Party, explains why his new party performed so strongly in the first round of Egypt’s legislative elections. 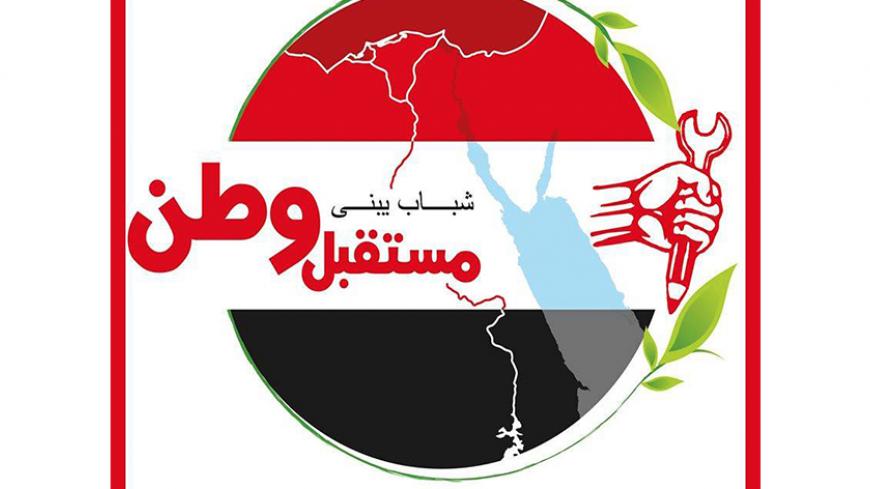 One year into its foundation in 2014, the Nation's Future Party ranked second in the first round of Egypt’s parliamentary elections on Oct. 18 and 19. Mohamed Badran, the party’s founder, is 24 years old, making him the youngest head of party in Egypt. Al-Monitor interviewed Badran and asked him about the most important laws that the party will introduce in parliament and the reasons behind the success of his party.

He revealed that education laws are one of his party’s priorities in parliament. Badran rejected the accusations that his party "bought" the candidates who enjoy wide popularity, stressing that his party relied on party cadres.

Al-Monitor:  How did the Nation's Future Party manage to rank second in the first round of parliamentary elections, only a year since a young man established it?

Badran:  The Nation's Future Party started as a campaign by a group of young people who dreamed of bringing about real change, eradicating corruption and confronting crises that emerged after the two revolutions of January 25 and June 30. These crises include economic crises as well as domestic and foreign conspiracies. Following the success of the campaign, we decided to turn the revolution’s slogans, Molotov cocktails and demonstrations into action, and this is how the campaign turned into the Nation's Future Party. Subsequently, we acquired a popular base and established several headquarters. The party’s victory in the first round of parliamentary elections was expected. It did not come as a surprise, as it was the result of a lot of work, and I expect greater success in the second round.

Al-Monitor:  How would you respond to accusations that the reason your party won is that you have close relations with President Abdel Fattah al-Sisi and thus enjoy the state’s support?

Badran:  It is natural for defeated parties to come up with such accusations against a winning entity like the Nation's Future Party. Our success indicates the failure of several parties. Consequently, it is natural for losing parties to attribute their loss, and by extension our victory, to state support. But the president has already announced that he would not have a political party, and the state neither interferes in the electoral process nor supports political parties.

Al-Monitor:  How would you interpret that the Nation's Future Party defeated long-standing parties such as the Wafd Party and the Leftist Assembly for Change?

Badran:  Seniority is not the standard for success. There are other factors that lead a party to win elections. Chief among these are having faith in a certain goal, having loyal members and good organizational skills and being ready for elections, and this can be achieved by establishing popular bases for the party.

Al-Monitor:  How would you respond to accusations against the party that it is "buying" candidates who have high chances of winning and paying them exorbitant amounts to join the party and contest the elections, instead of relying on the real party cadres?

Badran:  This is not true, as we have relied on party cadres in the elections. They have managed to establish popular bases for the party. We have not bought any candidates, as some have claimed. There are parties that are richer than the Nation's Future Party, such as the Wafd Party and the Free Egyptians Party. Yet they did not achieve the success that we have achieved. There are popular candidates who asked to join the party to benefit from our organizational skills and the effort exerted by our young members across the country.

Al-Monitor:  Being the youngest head of a party in Egypt, what is your take on the low voter turnout, especially among young people?

Badran:  Such low turnout is only natural because the youth have not felt that the two revolutions have brought about any tangible change. Also, the Egyptian people only take action when they feel that the state is seriously threatened. This was exemplified by the very high turnout for the 2012 presidential elections between former President Mohammed Morsi and Lt. Gen. Ahmed Shafiq.

Al-Monitor:  Do you believe that there is a disconnect between the state and the youth when it comes to communicating with them or dealing with their crises and demands?

Badran:  There is a disconnect between the state and the youth, but the current regime alone is not to blame, because what is happening is the result of accumulated mistakes on the part of previous regimes against the youth, and the current regime ought to acknowledge this problem and work on solving it.

Al-Monitor:  What are the Nation's Future Party’s legislative priorities?

Badran:  Educational laws are a top priority for us. These include the university organization law and the technical education law. We are holding intensive meetings to introduce those laws to parliament.

Al-Monitor:  Will the party introduce any laws related to the youth?

Badran:  Education, health, investment and unemployment are issues that require laws. This would serve the people, and the youth are part of the people.

Al-Monitor:  What is the take of the Nation's Future Party on calls made by some new parliamentarians to amend the current constitution, increase the president's powers and reduce the parliament’s powers?

Al-Monitor:  What is your position on the youth calls to amend the protest law, which led to the imprisonment of several young protesters on charges of demonstrating without a permit?

Badran:  We call for making amendments to this act, and we insist on the enacting of a law that can regulate demonstrations like in all civilized countries. However, other laws that are of interest to the people should be prioritized, such as health and education laws. Amending the demonstration law is only of importance to some people, which is why it is not our priority.