Ramallah and its surrounding communities will need smart planning and extensive upgrades to their infrastructure to deal with a burgeoning flow of workers. 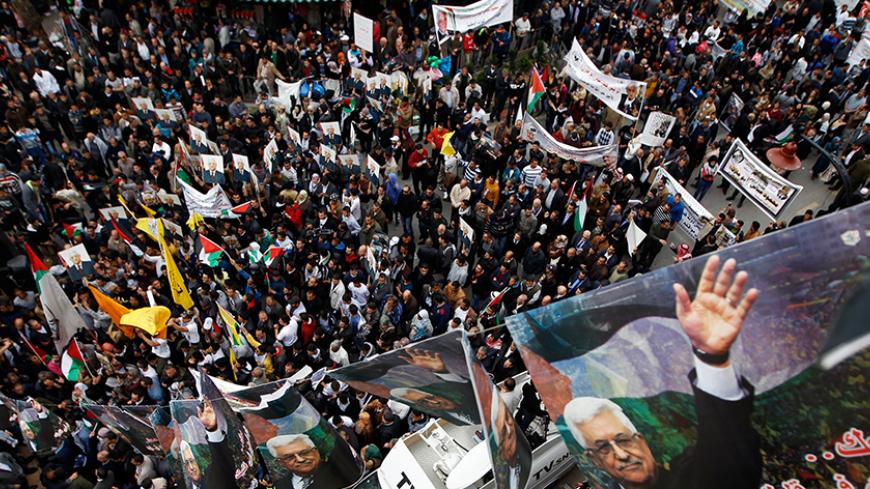 RAMALLAH, West Bank — The bus station is crowded with people leaving Ramallah for their hometowns in the West Bank provinces, especially on weekends and holidays. People can wait hours for their turn to ride the vehicles.

The overcrowding in Ramallah is not limited to the station. The city is like a beehive, virtually day and night on weekdays. The West Bank’s streets are filled with vehicles, and the sidewalks, which barely accommodate two people walking next to each other, are packed with pedestrians.

According to Salem Zawada, head of the master's program in the Urban Planning Department at Birzeit University, the overcrowding is caused by the large influx of employees and job seekers since the Palestinian Authority (PA) assumed responsibility for the city in 1995 and Ramallah became its de facto administrative center.

“With the establishment of the PA, the construction was haphazard, and the investors were left without any supervision and without taking into account the city’s situation and infrastructure," Zawada told Al-Monitor. Another contributing factor, he said, was widely available credit, which allowed workers to buy apartments and cars.

The small, historical city with its thriving cultural scene has been unable to keep up with the surge. Zawada said the city's road network hasn't been updated since the 1960s. He attributes the problem mainly to neglect by municipal authorities.

The Palestinian Central Bureau of Statistics estimates the population of Ramallah proper has grown 26% since 2007. According to official city documents examined by Al-Monitor, about 120,000 people clog the city during the week; that figure drops to 40,000 on weekends and holidays.

Municipality chief Musa Hadid said, “This situation is an opportunity for Ramallah city to advance economically. Yet, it is also a big burden on the city.”

​He told Al-Monitor, “We are providing all of the services to the city’s residents and investors to seize this opportunity, and we are trying to ensure that services go hand in hand with the infrastructure. Yet, there is a lack of resources available to the municipality.”

Hadid spoke about officials' proposal to provide services in the coming years while expanding the city and improving its infrastructure. “Soon, there will be a plan to add new neighborhoods to the city’s outskirts. It will be implemented in the beginning of next year in order to exploit the available space and to provide shopping centers outside the city center." Hadid said there is "a traffic plan” to build new roads and expand water and electricity services.

Zawada said those plans are mostly aesthetic, and the real solution is to establish support systems for the planned suburbs to keep them from overwhelming the city.

“Ramallah will not be able to bear additional pressure," Zawada said. "The Local Government Ministry and municipalities are supposed to establish these [support] centers outside Ramallah, so that thousands of residents in the villages and suburbs do not [have] to travel to Ramallah every day.”

The influx has driven up rent in the city, according to Hadid. He said, “We are talking about a large influx and a high demand for housing, real estate and services in a small geographic area, which has resulted in an unprecedented increase in real estate prices.”

The cost of goods and services also is rising. Hadid said, “The prices [of goods] are increasing as a result of the growing activity in the city. Although the prices are usually high in all of the world city centers, the situation in Ramallah is exaggerated."

He continued, “The way prices have increased in Ramallah, and in a state like Palestine, is totally unacceptable.”

Baker Shtayeh, an economics professor at An-Najah University, agreed that Ramallah's prices are disproportionately high compared with similar cities. “Ramallah’s economic situation is bad, based on all standards," he added. He blamed the "distorted economic situation" on "the presence of the PA headquarters and civil and foreign institutions." Some PA workers are paid 45 times the overall average salary in Palestine, creating severe income inequality.

On the increase in real estate prices, Shtayeh said, “This rise is a justified boom. The demand is very high on a very small land area.”

Shtayeh and Zawada believe that one solution to the crisis lies in relocating the PA institutions that do not require a physical presence in the city center to the provincial level.

According to Shtayeh, relocating those offices would ease the pressure on Ramallah and could revive cities whose economies have deteriorated, by spreading the support systems that necessarily accompany the PA such as civil and commercial institutions.

Meanwhile, the influx to Ramallah continues every year. Hadid said, “The signs do not indicate that the displacement to Ramallah will ever stop. The demand for real estate and services is on the rise, to the point that Ramallah is on the verge of a population explosion.”

Despite the overcrowding and lack of prospects in historical Ramallah, the city still attracts young graduates who see it as their best hope to improve their economic situation.

According to Shtayeh, the influx will not only continue, it “will continue at a higher pace," while urban and regional planning options remain limited.