Nuclear deal skeptics seek to put the screws on Tehran without blowing up the agreement. 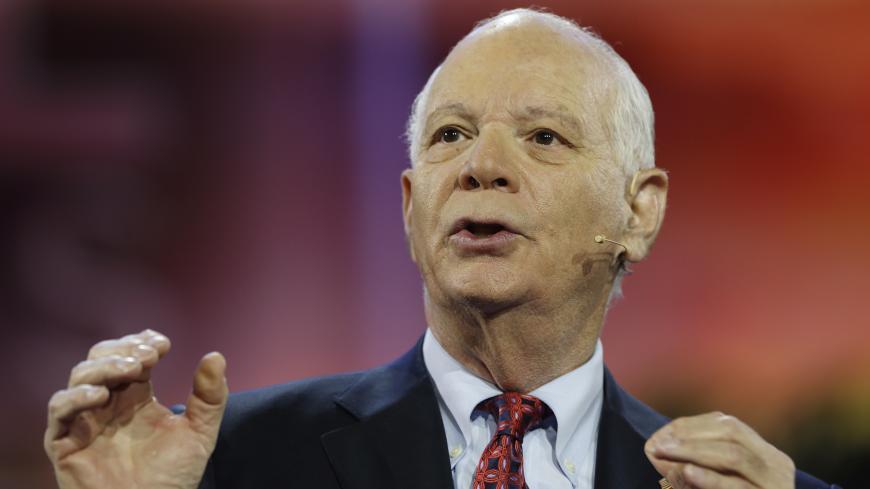 Senate Democrats on Oct. 1 released Iran legislation that seeks to increase the pressure on Tehran without blowing up the nuclear agreement.

Nine deal skeptics — including two who voted against the deal — unveiled a bill that encourages penalties for violations of the July 14 agreement and other Iranian troublemaking while boosting support for Israel. The bill was sponsored by Sen. Ben Cardin, D-Md., the top Democrat on the Senate Foreign Relations Committee.

"The JCPOA [Joint Comprehensive Plan of Action] will be implemented and we must now focus on how best to make this agreement succeed by strengthening US policy toward Iran and bolstering our strategic plan for a very volatile Middle East region," Cardin said in a statement.

In a sign of the tightrope Democrats are having to walk, the measure caused a split among liberal organizations that have played a key role in building support for the deal on Capitol Hill.

The liberal pro-Israel group J Street quickly endorsed the measure in a move one person close to the group acknowledged was a "unique position."

"The bill’s provisions closely track the policy prescriptions J Street put forward immediately after last month’s key votes on the accord in Congress," J Street in a statement. "Comprehensive reporting on Iran’s activities, enhancement of the President’s existing non-nuclear sanctions powers and further strengthening already unprecedented US security and intelligence cooperation with Israel are steps that will bolster the agreement and its critical objective of ensuring that Iran never acquires a nuclear weapon."

The National Iranian American Council, on the other hand, denounced it as "unhelpful."

"At best, the wrongheaded measures included in the bill are empty symbolic gestures aimed at reasserting a more confrontational posture in the region," NIAC Action Executive Director Jamal Abdi in a statement. "At worst, they are an actionable policy agenda that would undermine the gains secured by diplomacy and set us on a path to unraveling the nuclear deal. This is the wrong bill at the wrong time, and could become the second act for nuclear deal opponents."

Cardin has been working on the bill with Sen. Michael Bennet, D-Colo., and others since he announced his opposition to the deal in early September. An early draft obtained by Al-Monitor that proposed arming Israel with bunker-busting super bombs and keeping sanctions on certain Iranian banks in violation of the JCPOA was significantly toned down following conversations with the Obama administration and pro-deal organizations.

The bill reaffirms Capitol Hill's aggressive tone vis-a-vis Iran — a posture that's not going to change in the near-term future even if some advocates of the deal hope it could usher in a new relationship with Iran. In particular, the bill reaffirms the need for a military option, requires the president to develop a regional strategy to counter Iran and creates a pathway for expedited sanctions if Iran is found to have violated the deal or increased its support for terrorist proxies.

New Jersey Sen. Robert Menendez, the most hawkish Democrat on Iran, said the bill contained "some good things." He did not rule out co-sponsoring it eventually.

"I'm still thinking about what is our overall post-Iran agreement response in terms of where do we move forward from here," Menendez told Al-Monitor. "So I'm not ready to sign on to anything until I come to my own sense of the totality of what I'd like to see."

Cardin said he was hopeful Republicans would eventually get on board, and an aide to Senate Foreign Relations Committee Chairman Bob Corker, R-Tenn., said he would review it.

But GOP leaders in both chambers are unlikely to get on board any effort that could give Democrats cover on Iran. One aide to a hawkish Republican dismissed the bill as "the longest piece of legislation that does nothing that I've ever seen."

Cardin said he was also working with Democrats in the House who may endorse a similar effort. He declined to name them but several would seem a natural fit.

"Certainly I'm looking at steps that we can take to ensure that the agreement is as enforceable and as tough as it can be," said Rep. Ted Deutch, D-Fla., the top Democrat on the House Foreign Affairs panel on the Middle East and a fellow "no" vote on the deal. "As someone who has sponsored a lot of Iran-related legislation, I certainly am looking at all the opportunities here."

The Obama administration said it was still reviewing the bill and was not ready to announce a position.