The Senate Banking Committee voted 18-4 in favor of repercussions if talks drag on. 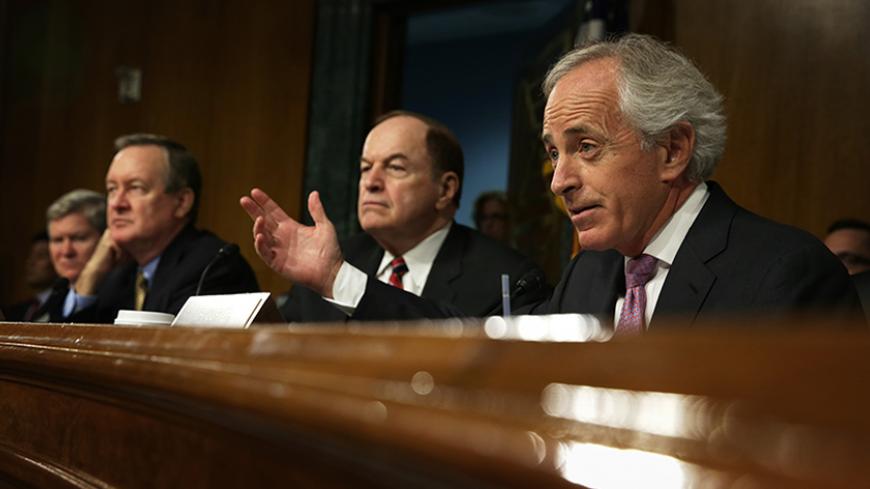 The US Senate on Jan. 29 took the first step toward passing Iran sanctions legislation that the White House and Iran have repeatedly warned could derail nuclear negotiations.

The Senate Banking Committee voted 18-4 in favor of legislation from Sen. Mark Kirk, R-Ill., that would gradually impose sanctions on Iran if no deal is reached by July 6. Lawmakers on the committee, however, defeated several amendments from hawkish Republicans that would have endangered Democratic support for the bill.

"I am pleased that the Banking Committee has approved legislation in a bipartisan manner that would impose additional sanctions should Iran fail to reach an agreement by the negotiating deadline,” Committee Chairman Richard Shelby, R-Ala., said in a statement. “It is clear that further action is necessary to compel Iran to reach an acceptable agreement, which is why I strongly support this critical bill.”

While the committee's passage of the bill was preordained, key questions remain.

Prime among them is the timing for a floor vote, with conservatives demanding a quick vote. Meanwhile 10 hawkish Democrats — including bill co-author Robert Menendez, D-N.J., and fellow Banking Committee members Chuck Schumer, D-N.Y.; Jon Tester, D-Mont.; and Joe Donnelly, D-Ind. — have warned that they'll oppose the bill if it comes up before the March 24 deadline for a political framework agreement.

"I think [Senate Majority Leader] Mitch [McConnell, R-Ky.] is not amenable to waiting until March 24," Kirk told reporters after the vote. "My read on him is that a delay is not going to happen."

Kirk added that he was working "in close consultation" with McConnell but sent mixed messages about his own preference. He said he wasn't personally pressing for a delay, but reiterated his desire for Iran policy to remain bipartisan — something that would presumably require a delay.

"In this case," Kirk said, "I think the strongest bipartisan vote that's possible is what I'm after."

The only suspenseful moments of the vote came when hawkish freshman Tom Cotton, R-Ark., offered amendments that would have almost certainly unraveled Democratic support for the legislation. Kirk and Corker joined hands with Democrats to defeat by a 12-10 margin Cotton's efforts to immediately impose new sanctions if there's no deal by July 6 and to eliminate President Barack Obama's ability to waive the sanctions if no deal is reached.

"I would rather see this negotiation end," Cotton said, "because I think the administration is committed to a deal at all costs or committed to driving out negotiations, allowing Iran to achieve in slow motion what they otherwise could not achieve through a deal."

Menendez, the top Democrat on the Senate Foreign Relations Committee, countered that Obama had a high bar to clear to use the waiver authority. He said the president will need to certify every 30 days after July 6 that delaying sanctions was in the national interest and would help get closer to a long-term deal while also certifying that Iran wasn't making progress on its nuclear program.

The close vote indicates the bill's supporters may face a tough fight to prevent the bill from being strengthened when it reaches the floor, which would rob it of Democratic support. That in turn could prevent the legislation from gaining the 67 votes it needs to override a promised veto from the president.

Menendez also opposed an amendment from Sen. Pat Toomey, R-Penn., offering a nonbinding sense of Congress that lawmakers should vote on a final deal. He opposed passing such a measure without clarifying how lawmakers would get involved and what exactly they would vote on, but the amendment passed.

In the end the bill was supported by all the Republicans on the committee and all but four of its Democrats: ranking member Sherrod Brown, D-Ohio; Sen. Jack Reed, D-R.I.; Sen. Jeff Merkley, D-Ore.; and Sen. Elizabeth Warren, D-Mass.

"Congress should have the collective patience to wait until the end of June," Brown said, "to see whether our negotiators can resolve the nuclear issue with Iran through diplomacy."