The latest iteration of Sen. Ben Cardin's pending legislation addresses many — but not all — of its critics' concerns 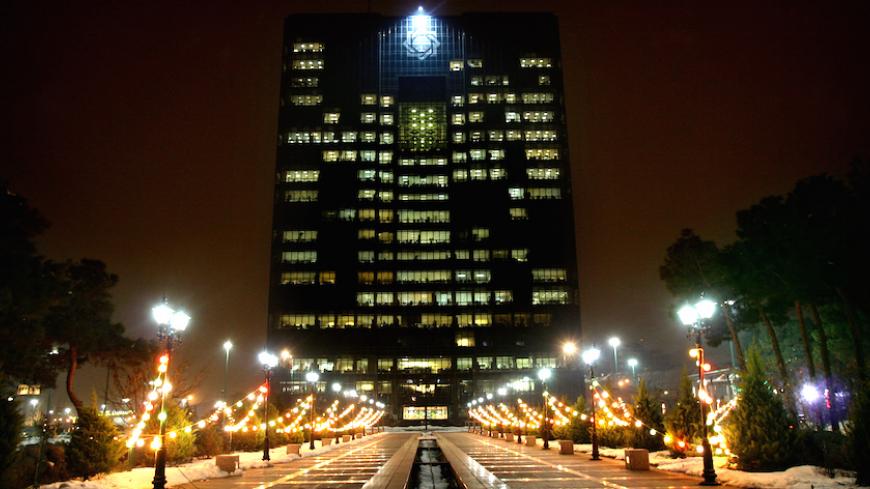 A key Iran bill under discussion on Capitol Hill is being toned down considerably amid criticism that its original version would doom the international nuclear agreement.

The legislation from Sen. Ben Cardin, D-Md., no longer conflicts with US commitments to lift sanctions on certain Iranian banks, according to a recent draft obtained by Al-Monitor. The latest version also removes an aggressive commitment to renew all sanctions on Iran and sweeps away an offer to provide Israel with bunker-busting super-bombs known as massive ordnance penetrators.

While the revised version is all but certain to leave Iran hawks wanting more, defenders of the deal still think it still goes too far. In particular, they argue that its explicit call for "expedited consideration" of terrorism-related sanctions appears to violate the letter and spirit of the Joint Comprehensive Plan of Action (JCPOA) signed July 14.

"The bill would no longer interfere with the president's implementation of the nuclear accord by requiring him to certify certain things in regards to Iranian banks," Tyler Cullis, a sanctions expert with the National Iranian American Council (NIAC), told Al-Monitor via e-mail when shown the new draft. "However, the bill has other problems — most especially, the fact that Congress is asserting unlimited authorities to impose sanctions on Iran for non-nuclear purposes and is instating an expedited procedure for legislation to do exactly such. In my reading, this is anathema to the JCPOA."

Cardin is the top Democrat on the Foreign Relations panel and was one of four Senate Democrats to vote against the deal. As such, his legislation is one of the few post-deal Iran bills that's seen as having a good chance of becoming law because of its potential to garner bipartisan support.

Cardin's office was closed Sept. 23 for Yom Kippur. The senator, however, spelled out his goals for his Iran Policy Oversight Act in a Sept. 4 Washington Post op-ed where he announced his opposition to the deal.

"Regardless of whether Congress rejects the JCPOA, discomfort with aspects of the agreement remains across the ideological spectrum," Cardin wrote. "That is why I will introduce legislation backed by supporters and opponents of the deal designed to strengthen the Iran Nuclear Agreement Review Act and US regional security strategy. This would be consistent with the administration’s interpretation of the agreement and complement its regional security commitments."

When an initial iteration of the bill first leaked a day later, however, liberal critics concluded that the legislation wasn't at all consistent with the deal but rather full of "poison pills" destined to kill it. In particular, Cullis wrote at the time, a provision barring President Obama from lifting sanctions on certain Iranian banks until he certified that they were not supporting ballistic-missile proliferation or terrorism was seen as especially problematic.

The Iran deal, Cullis pointed out, specifically lists certain financial entities that shall no longer be sanctioned once the deal goes into effect. The new draft of the bill resolves the issue by specifying that the certification applies to persons and entities "unless designated by name" in the JCPOA.

The new version does away with other provisions entirely.

Gone is the sense of Congress that US nuclear sanctions won't be lifted until Iran ratifies the so-called Additional Protocol granting the International Atomic Energy Agency (IAEA) greater monitoring access. Likewise, the latest draft no longer asserts that "Congress will seal to reauthorize all [Iran-related] statutory provisions that would otherwise expire ... including the Iran Sanctions Act."

Another major change involves US aid to Israel.

The early version of the bill authorized the Pentagon to share its new bunker-busting megabomb with Israel, a controversial idea that even the Israelis aren't sure makes sense.

"Senator Cardin believes it is premature to be talking about specific weapon systems that may be part of an enhanced regional security strategy,” spokeswoman Sue Walitsky had told Al-Monitor even before the latest draft was leaked. “His proposal, as it will be introduced, allows more flexibility on what might be appropriate as the situation on the ground develops.”

The new draft indeed makes no mention of the massive ordnance penetrators, but instead calls on the president to share with Israel "applicable ordnance and delivery systems, to counter non-peaceful nuclear activities by Iran, such as the production of highly enriched uranium for non-peaceful purposes."

"The president is authorized to accelerate co-development of missile defense systems," says a new authorization added to the bill, "and to engage in discussions to bolster the effectiveness of Israel’s conventional deterrent and deepen intelligence cooperation."

The new draft appears to retreat somewhat on Iran's past nuclear activities. The issue has emerged as a key point of contention for hawkish critics of the deal.

The latest version of the Cardin bill still maintains that Iran should receive "no sanctions relief" until it meets its obligations regarding "past and present outstanding issues" under the JCPOA. But the new draft is not as expansive as the original in terms of the report that the president must submit to Congress regarding the details of the IAEA's monitoring. And it removes a requirement that the president make a determination that all outstanding issues have been resolved.

Finally, in order to ensure that the international agency can carry out its work, the new bill authorizes for the next 10 years "such sums as may be necessary to meet the United States’ annual funding commitments to the IAEA." The money, however, would still have to be appropriated by the House and Senate spending panels.

Laura Rozen contributed to this story