Iran's efforts to improve ties with West 'fruitless' without US

In the aftermath of the historic nuclear deal, the question arises of whether Iran's rapprochement with the West will once again be limited to improved relations with Europe. 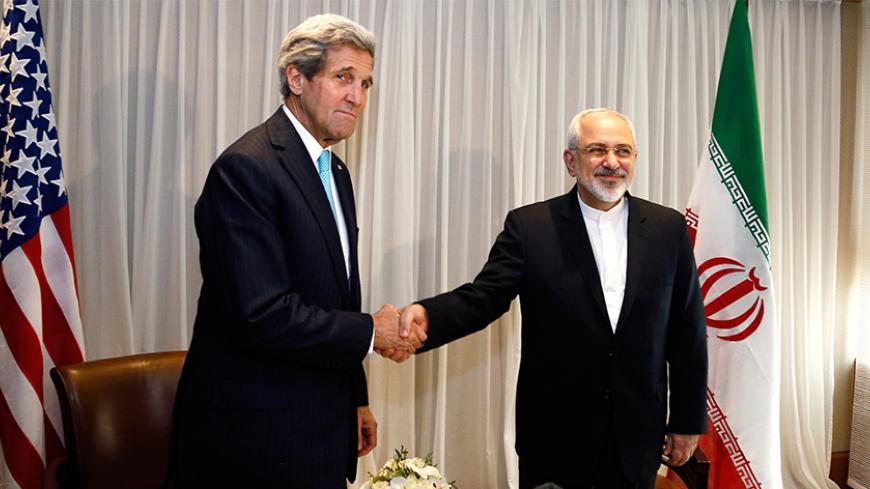 TEHRAN, Iran — Ever since 1979, when Iran’s relations with the United States started to deteriorate following the Islamic Revolution, there have been numerous attempts — by both sides — to resolve differences. The latter includes Iran’s previous efforts to free American hostages in Lebanon, and also, collaboration with Washington on the US-led invasion of Afghanistan. Ultimately, these efforts were unsuccessful in changing the dynamic of the US-Iran relationship.

Iran’s supreme leader, who once allowed Iranian diplomats to engage with the United States on the US-led invasion of Afghanistan, more recently again authorized Iranian technocrats to engage with US counterparts on another important issue: the nuclear negotiations with six world powers, which covertly started in Oman and eventually led to the Joint Comprehensive Plan of Action.

Before the nuclear agreement was concluded, Supreme Leader Ayatollah Ali Khamenei had repeatedly stated that he does not oppose negotiations with the United States on the nuclear issue. Moreover, in one speech, he hinted that if the experience of nuclear negotiations with the Americans was positive, the possibility of further talks on other issues could also be entertained.

Indeed, it has been under the presidency of Hassan Rouhani that this consent has been granted. Rouhani is a pragmatic and moderate politician who once acted as the main facilitator for the 2003-2005 nuclear negotiations between Iran and the European Union. Those talks produced some interim agreements but eventually failed to reach conclusion in the shadow of opposition by the United States. The Reformist administration of Mohammad Khatami, which had greatly invested in those negotiations, was hurt by their inconclusive results. Indeed, this had a very important impact on the 2005 presidential election, which brought the radical administration of Mahmoud Ahmadinejad to power.

However, Khamenei has repeatedly noted that he does not trust the United States. After members of the US Congress threatened to impose more sanctions on Iran in hopes of preventing a nuclear agreement, Khamenei said on Sept. 10, “The United States does not hide its animosity toward Iran; one minute it smiles, and the next it is preparing a resolution against Iran.”

Now that the nuclear issue has been resolved, the big question is the future of Iran’s relations with the West. Will Iran continue negotiating with the West but exclude the United States from this dialogue? Or will it begin to decrease tension with Washington?

One senior Iranian Foreign Ministry official who spoke to Al-Monitor on condition of anonymity said, “Iran-US relations are extremely complex and multilayered. Even putting aside the regional disagreements, Iran and the United States still have to overcome many obstacles in their bilateral relations. A pile of historical problems — for example, the 1953 coup d’etat, refusal to condemn Saddam for attacking Iran and even supporting him during the Iran-Iraq War, and occasional threats of regime change by the American presidents — have made the path to restarting relations quite difficult. The historical memory of Iranians is generally pessimistic about the plans and actions of the United States.”

Does this then mean that there is an imminent return to the 1990s, when Iran approached the West with the exception of the United States? Al-Monitor asked Deputy Iranian Foreign Minister and senior nuclear negotiator Majid Takht-Ravanchi this very question in July; then, he answered, “The United States’ animosity toward Iran during the past few decades has put it in a very peculiar position vis-a-vis Iran. For now, we have only been authorized to talk to the Americans about the nuclear issue, and even this process has not yet been implemented; so we don’t know yet how the United States will act. Therefore, it is too soon to talk about the future of Iran-US relations. The United States’ future behavior will be a good indication of how things will proceed.”

One of the theoreticians of the Reform Movement, Tehran University professor Ahmad Naghibzadeh, told Al-Monitor, “It is natural that the pile of problems has made it more difficult for a breakthrough to happen in Iran-US relations. However, if the Americans, in their new strategy regarding China and Central Asia, give Iran an important role — highlighting its heightened strategic position vis-a-vis the Russians and the Chinese — there might be more hope for the improvement of relations.”

Looking ahead, the path forward will not be smooth. Iranians who oppose an improvement in relations with the United States will, just like their American counterparts, create many obstacles. In recent articles, Harvard University professor Stephen Walt has correctly pointed out that putting added pressure on Iran will strengthen those factions that are skeptical about the United States and prove that they are right in claiming that “the animosity between Iran and the United States is never-ending.”

Indeed, Iranian moderates have realized that a policy of improving relations with the West — minus the United States — will be fruitless for Iran. At the same time, Khamenei sees many signs that the United States has repeatedly tried to instigate regime change during the past few decades. Even today, US Republican presidential candidates use this kind of tone toward Iran. Mousavian told Al-Monitor, “In my book, I explain in detail why the leader is skeptical of the United States. During the nuclear negotiations, the United States accepted Iran’s right to enrich uranium, which was a positive step toward building trust. Iran also took a similar step by accepting to curb its nuclear program and allow inspections. Now, the United States needs to follow up on the progress that was made.”

Today, the ball is in the United States’ court — and there are many obstacles ahead, including the upcoming US presidential election. Naghibzadeh told Al-Monitor, “Considering that there is still one year left of Obama’s presidency, Iran has a good opportunity to collaborate more with the United States on common regional concerns, such as fighting terrorism and stopping the Islamic State and thus decreasing the tension between Tehran and Washington. However, it is hard to predict the future and much depends on the result of the US presidential election. However, we should not forget the reality that if the current atmosphere of collaboration turns hostile, there will be no winners.”